A bill introduced by Sen. John McCain would give Border Patrol unprecedented access to protected lands 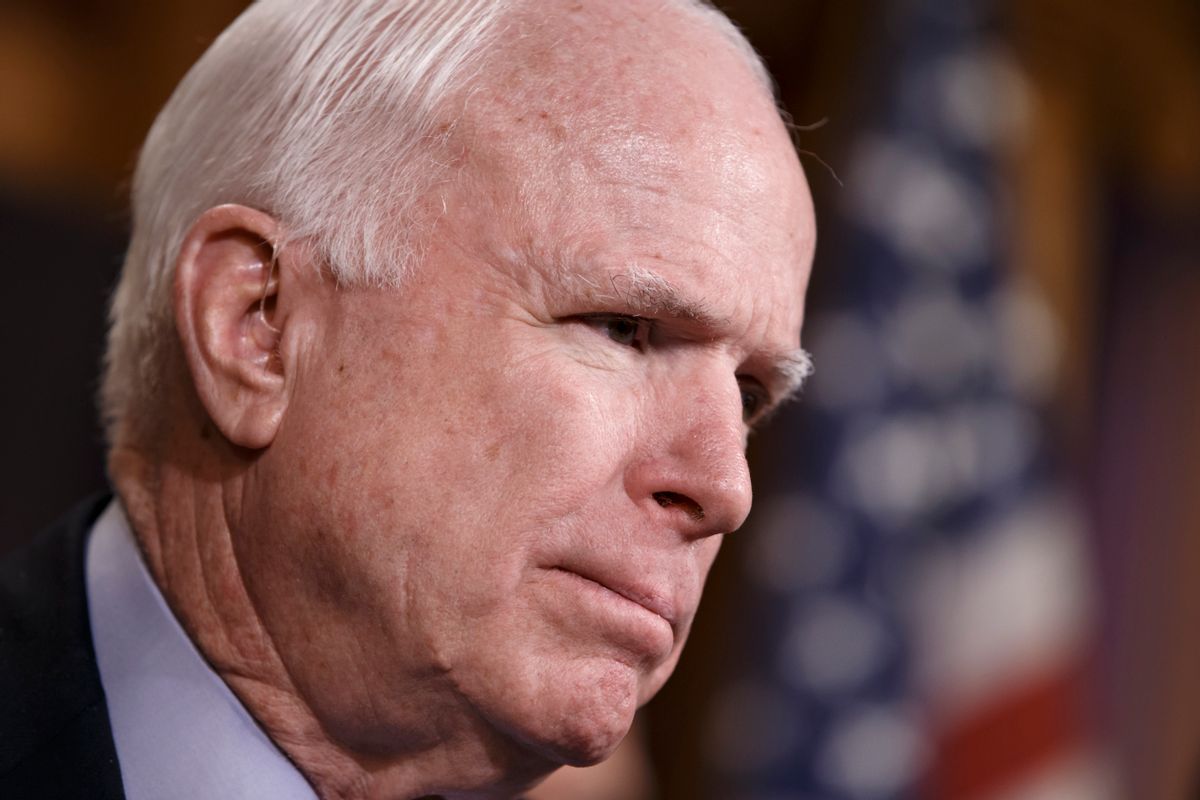 Senate Republicans are pushing a bill that would effectively weaken protections for Arizona's national parks and wildlife refugges.

Oh wait, sorry, I meant it will "cut unnecessary red tape and enable Border Patrol agents to have access to all federally managed land in Southwest Arizona so they can perform their jobs effectively, keep our communities safe, and secure the border once and for all.”

Climate Progress reports on the Senate's latest attack on the environment, a bill introduced by Senator John McCain (R-AZ) scheduled for markup Wednesday by the Senate Homeland Security and Government Affairs committee that authorizes Border Patrol to enter and build infrastructure on federal lands "for security activities." Saguaro National Park, the protected home of America's largest cacti, Coronado National Forest and Sonoran Desert National Monument, the most biologically diverse desert in North America, would all be compromised for the sake of a goal -- stopping every single illegal border crossing -- that analysts say is "unrealistic."

A letter signed by 40-plus immigration, labor, faith, environmental, human rights and border advocates came down hard on the proposed bill yesterday, calling it "profoundly harmful" and warning that it "would subordinate every existing legal protection applicable to federal public lands in a vast, 10-million-acre area of Arizona" (emphasis theirs) and that it "sweeps aside clean air and water laws, as well as those that protect parks and other public lands, to address a nonexistent problem." Moreover, it points out that the House Committee has neglected to carry out any hearings evaluating the bill's potential impact on the environmental or on Native American communities.

The attempted takeover of federal lands is, alas, part of a pattern. Another bill floating around Congress was introduced in January by Rep. Michael McCaul (R-TX) that would waive 16 environmental protections on virtually all federal public lands within 100 miles of the border-- a piece of legislation that Department of Homeland Security Secretary Jeh C. Johnson called "extreme to the point of being unworkable."

U.S. Customs and Border Protection, in addition, has opposed similar bills in the past. In 2011, the agency testified that while "efforts to reduce the number of illegal aliens crossing the border have lessened environmental degradation and have assisted with recovery of damaged resources," it already "engages in collaborative efforts with DOI and USDA to fulfill our enforcement responsibilities at our nation's borders and to counter illegal cross-border activity on federal lands."