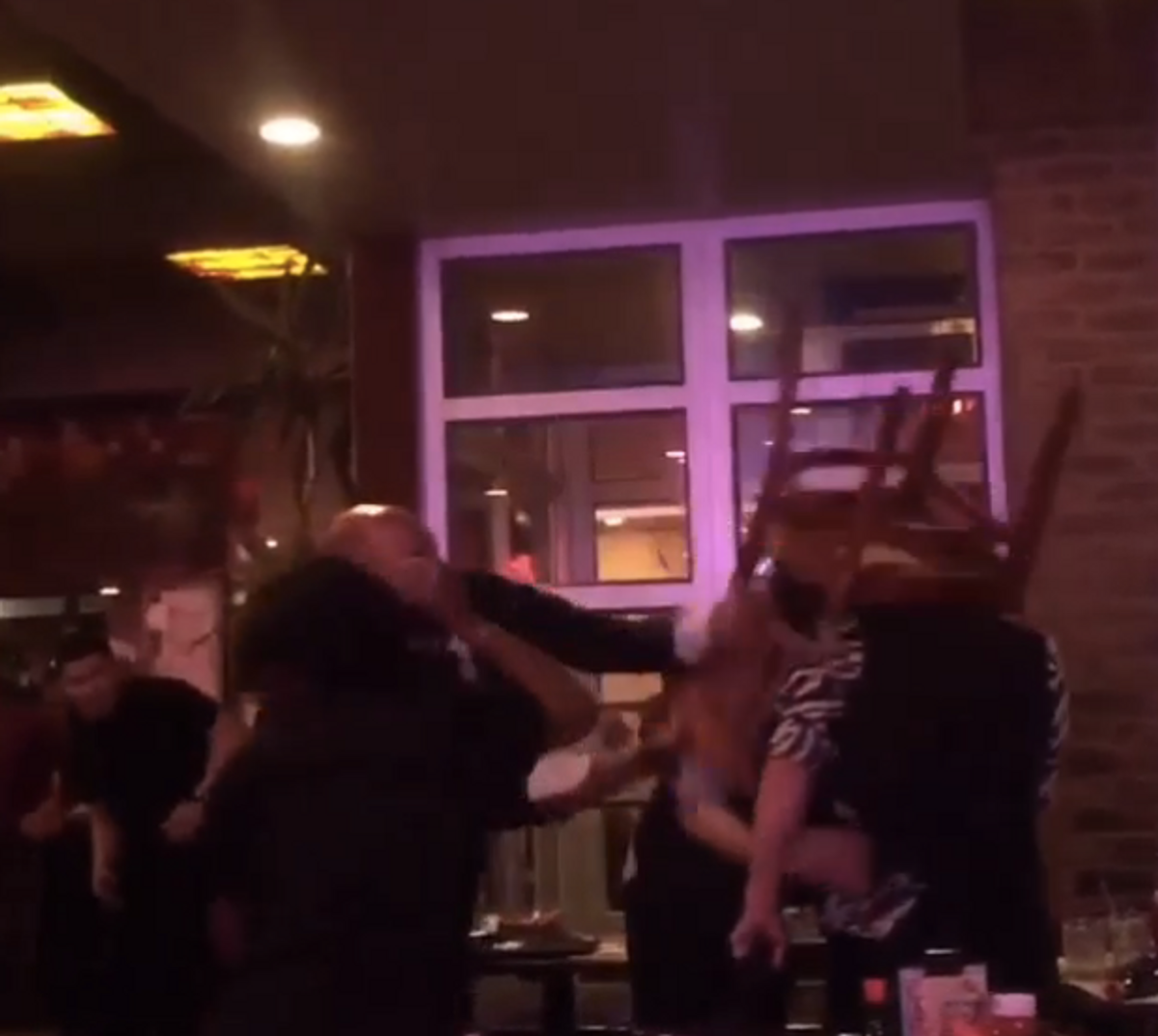 An Instagram video which began circulating Tuesday night documents the horrific hate-crime committed against a gay couple dining at Chelsea's Dallas BBQ. In it, a couple is bashed over the head with a wooden chair by an unknown attacker, described by police as a 35-year-old, 6-foot, 4-inch black male.

The video captures 32-year-old Jonathan Snipes hitting the ground with the force of the chair -- his boyfriend, 25-year-old Ethan York-Adams, slumped over in shock. What it doesn't show, is the extent of the injury inflicted on Snipes following the clobbering. He tells DNAinfo that he was kicked in the face and spine, and had a tooth knocked loose as well as cartilage snapped in his ear.

Watch !!!! Child, next to my table a fight in bbqs, and a man cracks a chair over someone's head and then runs out smh, as I waited on my chicken and shrimp combo and frozen apple tini #cincodemayo

The video also does not capture the altercation leading up the violence.

Snipes tells the outlet that he was headed out of the restaurant after receiving a text that a family member had died when he accidentally knocked over a drink. A table nearby began spouting loud anti-gay comments about the couple. "White f****ts, spilling drinks,'" Snipes remembers overhearing. When Snipes went over to the table to confront them about these comments, things escalated quickly.

"These guys attacked us specifically because they knew we weren't their type of people," Snipes told DNAinfo. "It was disgusting. It was awful.