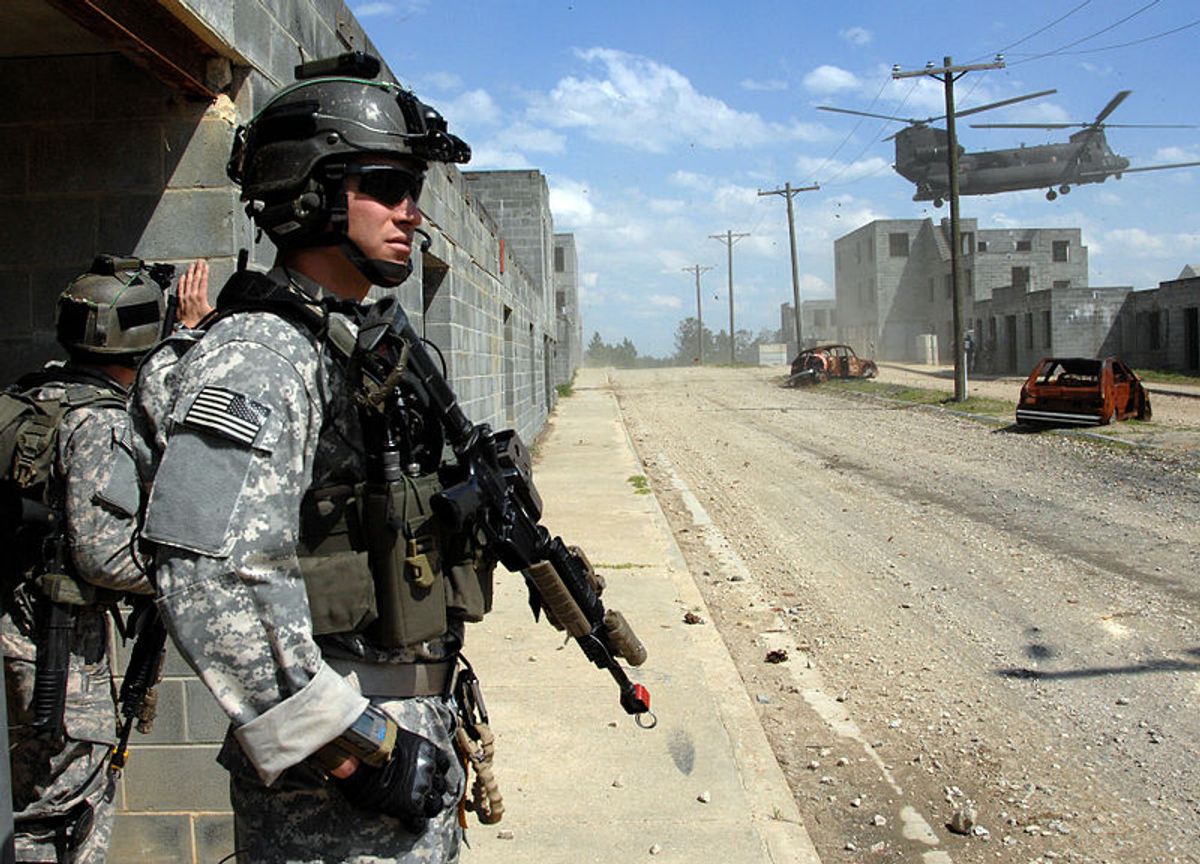 Conspiracy theorists, right-wing radio buffs and conservative icons are still working themselves into a lather about Operation Jade Helm 15, a months-long military exercise slated for later this summer in multiple states, including Texas.

As previously reported here at Salon, Jade Helm alarmists believe that that the United States military is collaborating with Walmart to "acclimatize Americans to the sight of troops on the street" and "prepare for civil unrest in America." The conspiracy may have originated with Infowars' Alex Jones, but it has migrated into the halls of power -- especially in Texas, where Governor Greg Abbott (R) and Senator Ted Cruz (R) have both voiced their reservations about the exercise.

Not to be outdone by his colleague in the Senate, Texas Representative Louie Gohmert released a statement saying that his office "has been inundated with calls referring to the Jade Helm 15 military exercise scheduled to take place between July 15 and September 15, 2015," and that "[t]his military practice has some concerned that the U.S. Army is preparing for modern-day martial law. Certainly, I can understand these concerns."

Gohmert says he can "understand" the concerns of these Texans because the Obama administration has made it abundantly clear that the "major threats to the country include those who support the Constitution, are military veterans, or even 'cling to guns or religion,' patriotic Americans." He was also "appalled" to discover a map detailing where the exercise would take place, because "the hostile areas amazingly have a Republican majority, 'cling to their guns and religion,' and believe in the sanctity of the United States Constitution."

Former Texas Governor Rick Perry tried to split hairs, saying that he understands why Abbott, Cruz and Gohmert are concerned -- they don't trust the Obama administration -- but that "the military is something else" and deserves the benefit of the doubt. Former Texas Ranger -- at least on television -- Chuck Norris would brook no call to reason, however, as he compared himself and fellow conspiracy theorists to Benjamin Franklin in his most recent World Net Daily column.

"To those who merely think we should check our brains at the door of the White House and trust what the government does," he wrote, "I would reiterate to you the words of one of our government's primary founders, Benjamin Franklin, who said, "Distrust and caution are the parents of security. But then again, I'm sure some today would accuse Franklin of being conspiratorial, too!"

As Rachel Maddow explained last night, the problem for the Republican Party is that "this is one of those issues that is hilarious to the real world, but is totally serious business in Republican world."

"To most Republican politicians," she continued, "particularly those competing for the Republican presidential nomination, where only Republican base voters will decide who’s allowed to run, if you have a choice between 'seeming insane to normal people' and 'seeming righteous to the base,' which are you going to pick?"

"There’s an incentive to pick 'seeming righteous to the base' even if it is seeming nutty to everybody else," Maddow concluded.

Watch the entire segment from the Rachel Maddow Show via MSNBC below.