With slaughterhouses unable to operate, the country's on the verge of a meat shortage 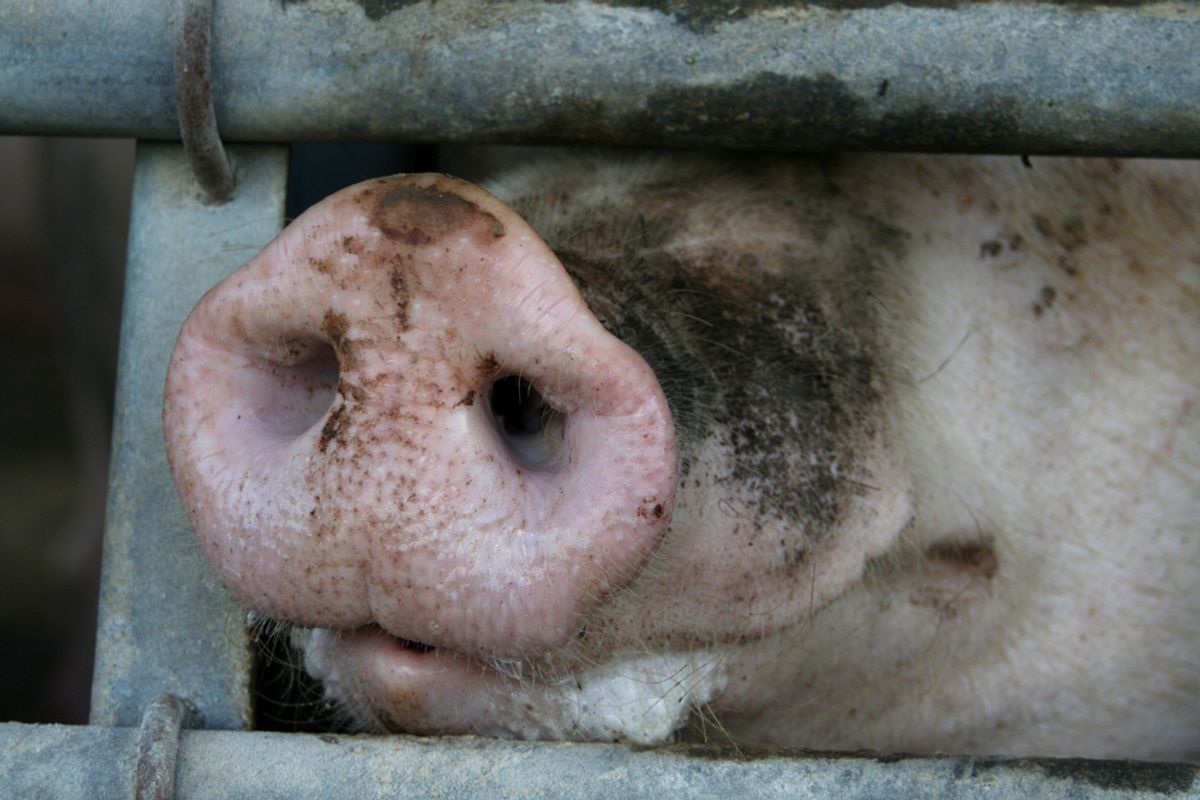 A nationwide strike of Iceland's veterinarians is about to devolve into an unprecedented meat shortage. Because it's illegal for slaughterhouses to operate without a vet on-hand to approve welfare conditions, most poultry, pigs and cows have been granted a temporary reprieve from becoming dinner.

But even if you're opposed to the killing of animals for meat, this isn't the way you'd want to see the system come to a halt. Farmers are complaining about the rapidly overcrowding conditions at slaughterhouses, which they say are creating an animal welfare crisis of a different order: acknowledging as much, the Icelandic Veterinary Association last week approved the limited slaughtering of chicken and turkeys, which literally could no longer fit in their tiny cages.

Pig farmers, too, say that their animals are suffering, but as of now, the IVA has denied their request to selectively cull the pigs -- because, the association said, the farmers were adamant that they be able to sell the pork. In the case of poultry, the meat is being stored until the strike ends.

With no new sources of domestic meat, and with imports being held at docks because vets are required to approve them as well, the media's reporting that supermarkets will have run through their stores of frozen chicken and beef by next week. Others say Iceland has until early June before hamburgers disappear: “How long we’ll have meat depends on how much people hoard,” Kristinn Skulason, the operational manager of Kronan supermarkets, told Bloomberg. “People have started stockpiling due to concerns over meat supplies drying up.”

"I know that some meat processing plants have started experimenting with hamburgers made with lamb,” said Guðmundur Gíslason, managing director of the meat company Kjötmarkaðurinn.

The vets, along with midwives, x-ray technicians and more than 500 other members of the Association of Academics, an umbrella organization of 27 trade unions, have been on strike since early April as part of a wage dispute with the government. And a shortage of animal protein may be the least of the country's problems: according to the Icelandic Review, hospitals have been forced to postpone operations; as of mid-April, fewer than 50 percent of laser treatments for cancer patients were being carried out.