Screw the police and the busybodies! A free-range parent manifesto -- let your kids play outside, by themselves

It's time for a common-sense statement: This Saturday, let your kids go to the park alone, and come home alone 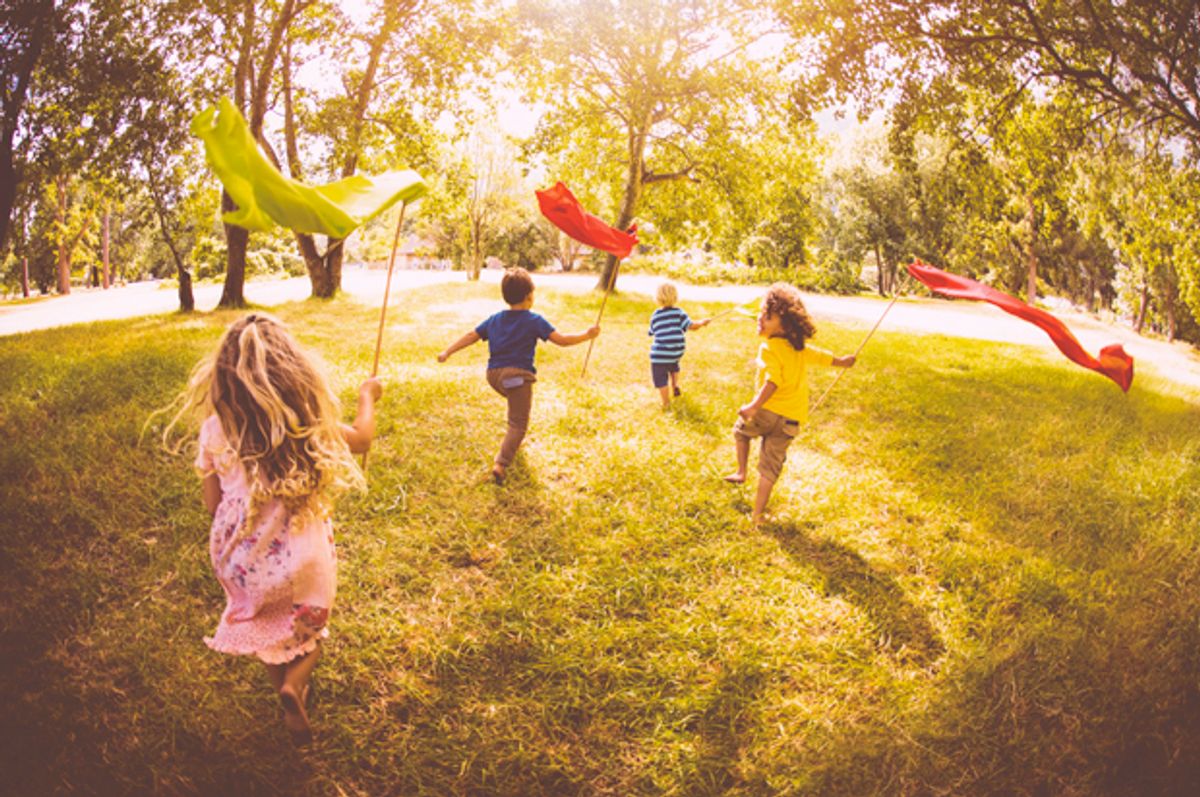 Saturday, May 9, is "Take Our Children to the Park ... and Let Them Walk Home By Themselves Day."

It's a day that parents nationwide are encouraged to take their kids, aged 7 or 8 and up, to the local park at 10 a.m. -- and leave them there a while. You can tell them what time they're expected home, of course. And if they're younger than 7 or 8, it makes sense to stick around. But for the older kids, it's like jailbreak. Without adults telling them what to do, how to do it, and when to eat the orange slices, they actually have to come up with something to do on their own.

I know. Whoever heard of such a thing? It's like we expect them to play or something.

Which is, of course, the big idea.

Now, obviously, this year the event is in support of the Meitivs, whose children aged 6 and 10 were picked up by the cops not once but twice for walking home from the park in suburban Maryland.  But the holiday also builds on five previous years of "Take Our Children to the Park ... and Leave Them There" days.

OK, so it's a holiday I invented myself. Someone had to invent Thanksgiving, too.

The rationale behind it was simple -- it came from my everyday life. One reason I had a hard time getting my kids outside was that, when they looked out the window, they didn't see any other kids outside. I imagined lots of other kids looking out and not seeing my kids outside and ... a vicious circle. Everyone stayed inside. So my goal was  to get all the kids who are in different schools, different soccer leagues and different grades thrown together so they'd meet each other and have fun, and want to do it again -- without a holiday. I wanted -- still want -- to fill all those sad, empty playgrounds.

It may seem strange to orchestrate what should be natural: kids outside. But sometimes you have to plant wildflowers, too. Hara Marano, author of "A Nation of Wimps," told me she was visiting Oslo recently and saw something stirring: "Kids on the street, walking. It seemed so odd. I hadn't been aware, till then, that I wasn't seeing that at home."

Seeing kids outside should not be odd. But in America, it is -- so odd that passersby sometimes call 911 to report them. It's like seeing lemurs escaped from the zoo.

The Meitiv kids were just doing what we all did as kids, when it was less safe. Now we're back to the crime rate of about 1963. There has never been a safer time to be a kid in America. I've been saying that for years and now the Washington Post is saying it, too. We are at a 50-year crime low, but when I mention this, people often  say, gleefully: "Aha! Isn't that because we are keeping our kids inside?"

But all violent crime is down -- murder, rape, assault -- and we aren't keeping adults inside. Why is it so painful for people to accept that kids are not in constant danger? It's like we feel good feeling bad. A Reason/Rupe poll found that 68 percent of Americans think that 9-year-olds should not be allowed to play at the park unsupervised. In fact, they would like to see a law prohibiting it. And 43 percent feel the same way about 12-year-olds!

"Take Our Children to the Park ... Day" is just trying to renormalize the idea that kids do not need constant supervision. If you're thinking of participating and worried about the cops or Child Protective Services, consider calling your local police to see what the rules are. A reader of my blog did just that this week and was assured that the cops have no interest in investigating parents who let their kids go outside. In fact, as awful as the Meitiv case is, I can tell you one thing: It's unusual. That's why it's news.

It shouldn't be an act of civil disobedience to play outside as a kid. This year, maybe it is. By next year, let's hope it's what kids just do automatically. And parents let them. And so does everyone else.