The video will come out on May 17th 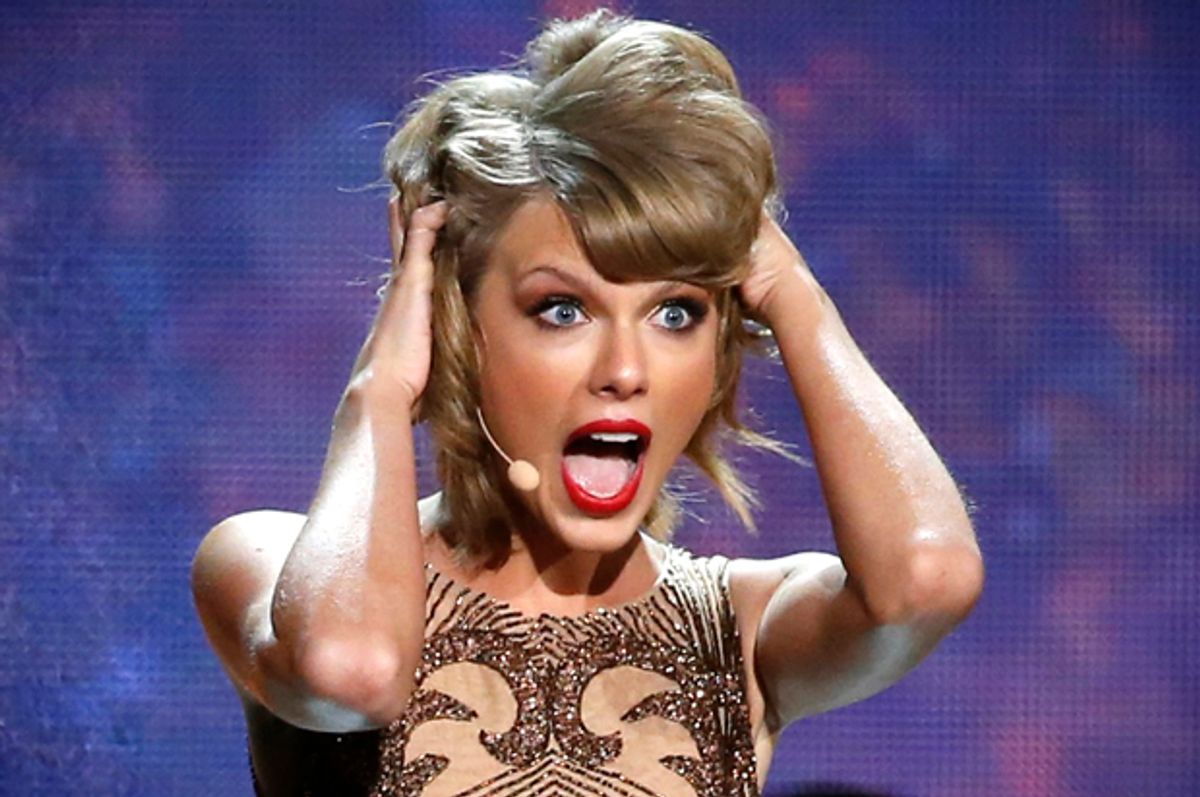 As you may have heard, there is a dire lack of female superheroes onscreen. Thankfully, we live in a world full of real-life female superheroes, and Taylor Swift -- The Woman in Red, Avenger of the Starbucks Lovers, (Crazy) CatWoman -- has heard your cries.

Swift just released the poster for her forthcoming “Bad Blood” music video, and it kind of reminds us of the "Black Widow" film we were never allowed. The whole aesthetic is very "Sin City"-esque, featuring a zipper and leather-clad Swift as a character named "Catastrophe," with the tagline "Band-aids don't fix bullet-holes." The badass-looking music video, directed by "Blank Space" helmer Joseph Kahn, is set to premiere on May 17th at the 2015 Billboard Music Awards.

For those of you who don't know the whole mythology behind it, "Bad Blood" is a song about a feud between Swift and another female artist, long-rumored to be Katy Perry. Basically, Katy is Ultron and Swift is all of the Avengers. And Rihanna's yellow dress is the Infinity Gauntlet? I don't know what an Infinity Gauntlet is. Just go with it.