U.S. State Department has no process for accepting transgender passports

As more countries offer an official third gender designation for trans people, the U.S. tries to enforce a binary 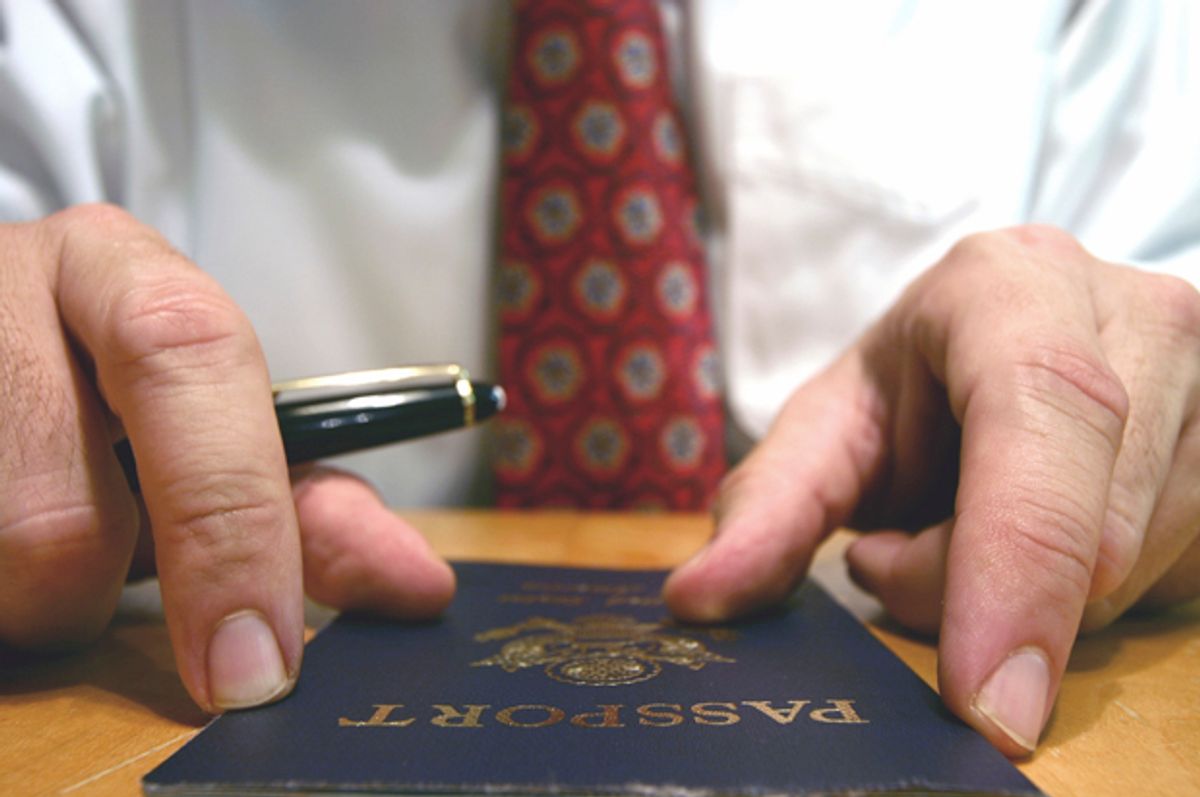 Applying for a United States visa requires that a person do one of two things: Identify as male, or identify as female. There are no other options.

According to BuzzFeed News, the U.S. State Department confirmed that it has no process for dealing with visa requests from individuals who have been issued a passport that identifies them by a third or alternative gender. Alternative gender designations have become legal in several countries as a way of recognizing -- and, in theory, preventing discrimination against -- the transgender community, and allow billions of people globally to self-identify on official documents. Last month, India become the largest country in the world to designate an official third gender and allow people to identify as something other than male or female.

But in the U.S., that alternative designation is ignored in favor of enforcing a male/female binary. A State Department spokesperson outlined U.S. protocol for accepting visa requests in response to an Indian report on trans HIV activist Amruta Alpesh Soni, whose request was delayed because her gender is listed as "T" (for transgender) on her passport. Via BuzzFeed:

Soni reportedly told the Times of India that an official at the U.S. consulate in the eastern city of Kolkata had said her application was being put “on hold” on Tuesday. She had identified herself as female on the visa application because the only other option was male, and she said the consulate didn’t know how to handle a passport of someone identified as trans. [...]

A spokesperson for the consulate, Diya Basu, declined to comment on the case citing privacy restrictions prohibiting comment on individual visa applications. But, she said in an email, “The gender reflected on any issued U.S. visa should match the gender reflected on the passport provided by the applicant. At this time, those applicants with a passport listing a gender other than 'Male' or 'Female' must select one of those two genders when applying for a visa.”

A spokesperson for the consular affairs division of the State Department in Washington told BuzzFeed News that this was a “technical issue,” but did not respond to a follow-up question on how the State Department could grant visas to people who have an alternative gender identifier on their passport.