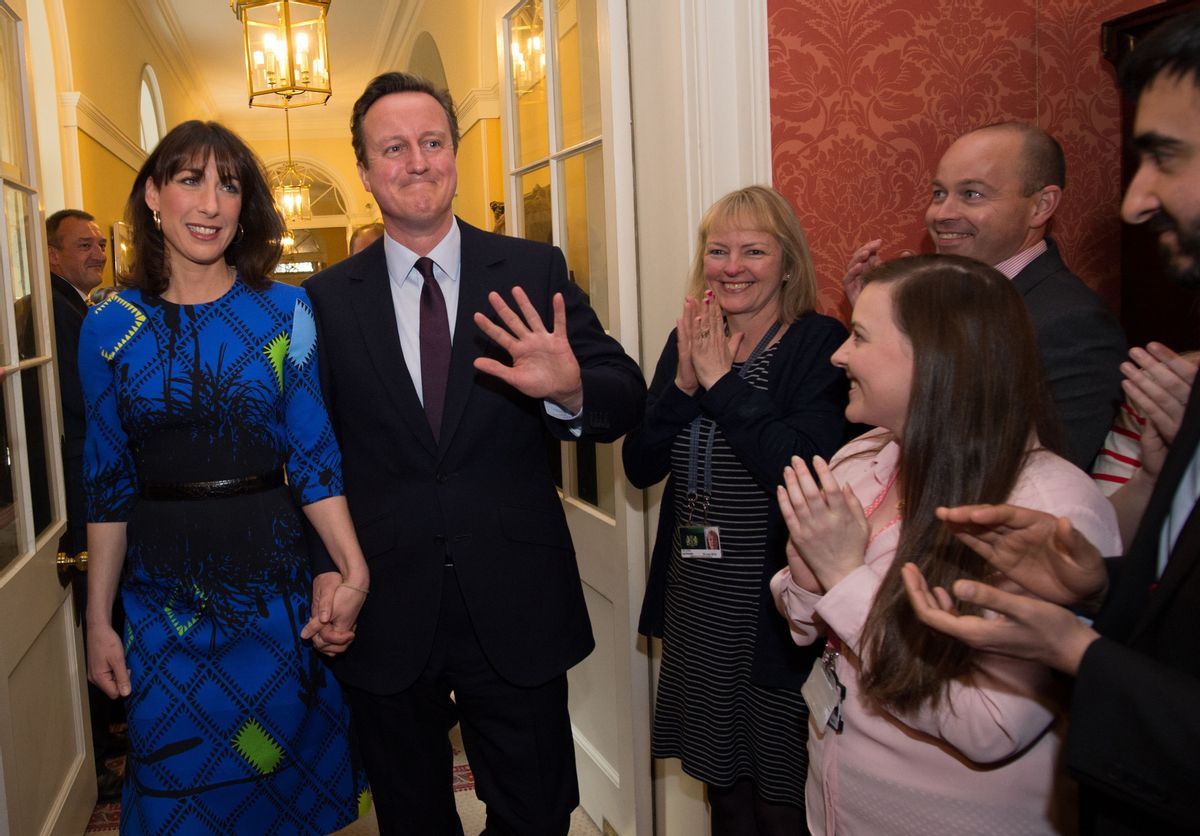 Britain's Prime Minister David Cameron and his wife Samantha are applauded by staff upon entering 10 Downing Street in London Friday May 8 2015, as he begins his second term as Prime Minister following the Conservative Party's win in Thursday's General Election . (Stefan Rousseau/Pool Photo via AP) (AP)
--

The Tory leader will keep his post as prime minister as his party wins big at the expense of Labour and Liberal Democrats whose leaders resign after heavy defeat.

Diplomats from the Philippines and Norway were among those killed in a chopper crash in the country's north.

Conditions appear to be ripe this weekend for storms that could produce even more powerful tornadoes across an area covering southern Kansas, western Oklahoma and parts of North Texas.

Obama is visiting Nike headquarters in Oregon to promote his trade agenda in an export-dependent region of the country.

AP's Erika Kinetz finds that financial institutions in China are serving as safe havens for counterfeiters, using them to process credit card payments for fake goods or move money around the globe.

6. HOW FAR BACK ICE CREAM MAKER KNEW OF PROBLEMS

AP's Mary Clare Jalonick reports that a government investigation found that Blue Bell Creameries knew there was listeria in one of their plants as far back as March 2013.

7. WHAT LABOR DEPARTMENT COULD HELP CLARIFY

The government's April jobs report could bring some clarity to a fuzzy picture of the U.S. economy.

8. WHY SHERPAS WORRY ABOUT FUTURE

Two avalanches in two years on Mount Everest have put a major crimp in Nepal's climbing industry, a vital source of income for guides in the poor country.

9. 'I HAVE TOO MUCH RESPECT FOR DAVE'

Jimmy Kimmel tells the New York Times he has chosen not to air a new episode of his talk show opposite David Letterman's final "Late Show" installment.

10. BRADY NOT YET READY TO RESPOND TO 'DEFLATEGATE'