How impressed should we be with celebrities like Miley Cyrus who risk nothing by coming out?

Miley Cyrus and Bruce Jenner will only see their fortunes improve, but what about LGBT people who aren't as lucky? 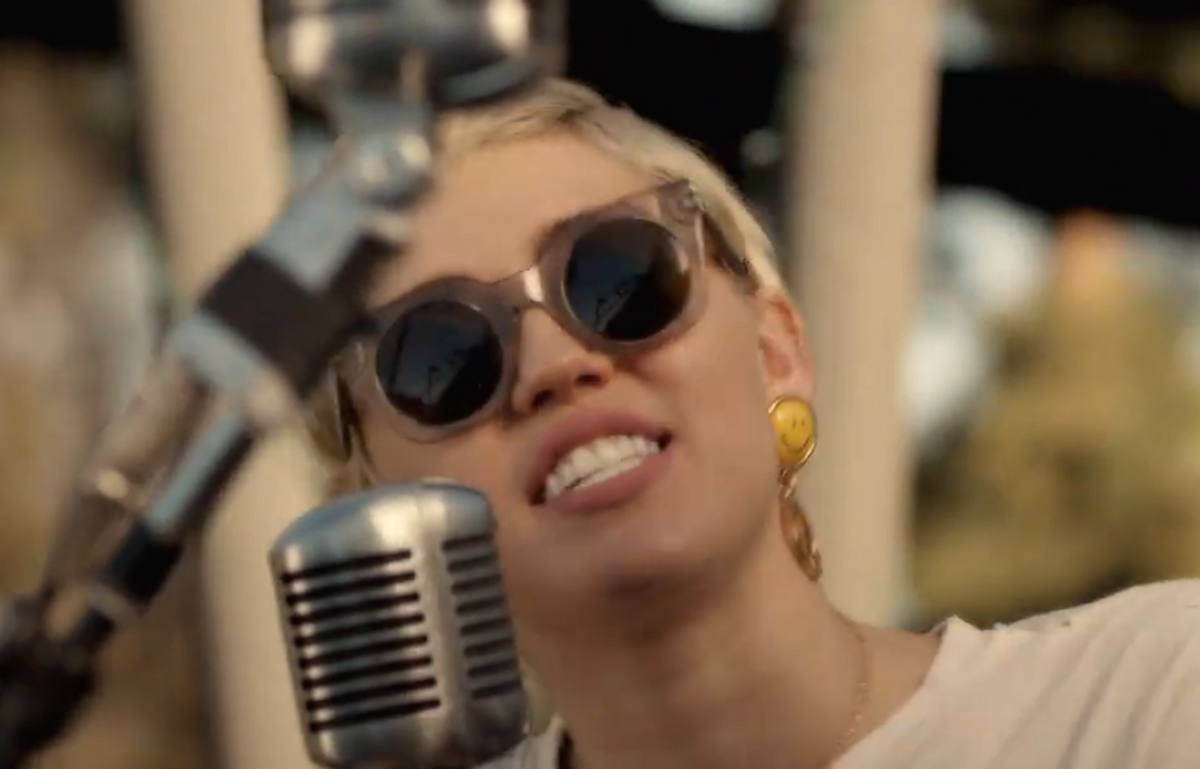 On Wednesday, as part of the hoopla around the launch of her foundation to help homeless and other at-risk LGBT youth, pop star Miley Cyrus came out as having a non-binary gender and announced to the world that not all of her romantic and sexual relationships have been with men.

Cyrus told the Associated Press that her Happy Hippie Foundation will be dedicated to helping empower young people like herself who feel that they exist outside the "straight, heterosexual" gender and sexual orientation spectrum.

"The position I'm in, I feel like I've got a lot of power," she said. "But so many kids don't feel that way. They're under their parents' rule."

Cyrus told Out magazine that her attitude toward her gender is fluid, that she rejects labels and the male-female binary.

“I didn’t want to be a boy,” she said. “I kind of wanted to be nothing. I don’t relate to what people would say defines a girl or a boy, and I think that’s what I had to understand: Being a girl isn’t what I hate, it’s the box that I get put into.”

Cyrus called newly out trans woman Bruce Jenner "my hero" for daring to transition in public and for blasting open the national dialogue on gender and trans issues.

However, there are those who argue that wealthy, high-profile celebrities are less than ideal avatars of queer culture. Jenner, in particular, raised hackles by declaring allegiance to the Republican Party, which some saw as a clueless expression of wealth and white privilege.

Hugh Elliott wrote at Dame magazine, "Jenner’s celebrity and this infamous interview gives the world a face to gender variance. He has already garnered sympathy and attention from the public—for his televised interview from his home in Malibu -- while, yet again, around the public trans people are struggling and often literally fighting for their lives."

At The Advocate, trans activist Brynn Tannehill wrote, "Thank the powers that be for Janet Mock and Laverne Cox, because without them, I doubt the media would give any trans women of color a platform to tell their stories. I don't believe that's true because of deliberate malice or overt racism, but simply because the revenue-risk justification isn't there. Look no further than the comparative buzz caused by Jenner's coming-out with Cox's multi-magazine cover tour last summer. Which did you hear more about?"

Miley Cyrus will probably only see her own fame grow in the wake of her coming out, with higher-charting singles and increased album downloads as people rush to embrace her non-threatening, pop-friendly display of diversity. Furthermore, Cyrus' personal journey will now be tinctured with an air of righteousness thanks to her foundation's efforts.

And while it could be argued -- and undoubtedly will be -- that these wealthy white people stand to lose little by opening themselves up to the world and making this aspect of their inner lives public, one cannot discount the power of cultural visibility.

Representations of gays and lesbians in films and popular TV shows like "Will and Grace," "Queer as Folk," Ellen Degeneres' talk show and her sitcom "Ellen" -- which featured a coming-out episode -- and "The L Word" have all driven a huge cultural shift over the last two decades. Now trans people are poised to claim many of the same rights as their cisgendered peers; employment protections and legal ammunition to fight anti-trans discrimination in housing and health care.

So, whether trans-identifying celebrities are trying to give directly back to the community -- like Cyrus -- or simply allowing cameras and producers into their intimate lives like Jenner, hopefully they are advancing the cause for all trans and queer people.

As Les Fabian Brathwaite wrote at Out.com, "The most effective way to combat violence and irrational fear is through the continued positive representations of trans people in the media. It’s easy to be afraid of the unknown, but there’s power in simply being seen."

On Friday, Cyrus and the Happy Hippie Foundation released a video featuring trans rocker Laura Jane Grace of Against Me! and Joan Jett performing "Androgynous" by the Replacements:

Happy Hippie Presents: "Androgynous" feat. Joan Jett & Laura Jane GraceMore #backyardsessions videos coming today!! Huge thank you to Laura Jane Grace of Against Me! and #JoanJett of Joan Jett and the Blackhearts for lending their voices and helping me launch The Happy Hippie Foundation. Find out more at happyhippies.org #HappyHippiePresents #Androgynous #HappyHippie