In America bourbon was king -- until vodka launched its attack

How vodka infiltrated a bourbon-loving nation. Hint: It started with the Moscow Mule 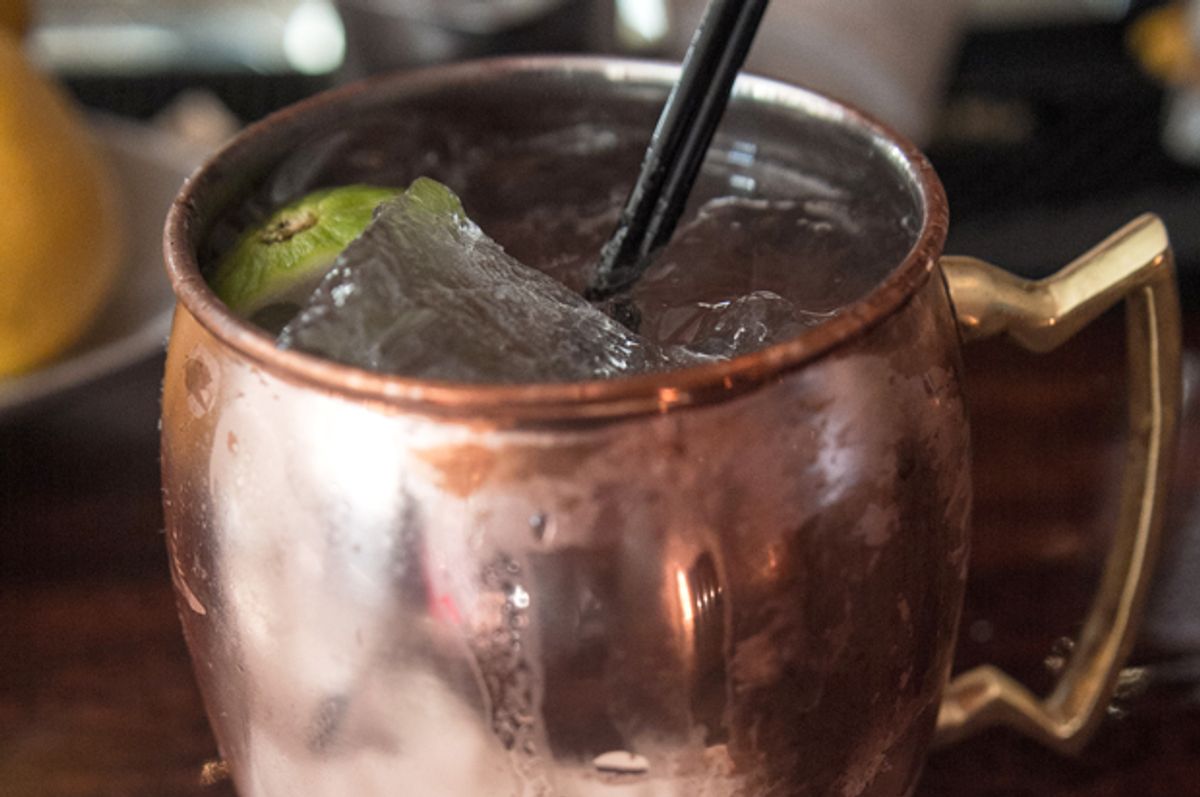 Excerpted from "Bourbon Empire: The Past and Future of America's Whiskey"

In August 1959, Soviet leader Nikita Khrushchev sat in the cabin of U. S. vice president Richard Nixon’s Boeing 707 and prepared to taste his first bourbon. As the plane rested on the tarmac of Moscow’s Vnukovo Airport, jazz drifted from the cabin’s high-fidelity sound system and Khrushchev was given the whiskey as a peace offering following a vicious argument he’d had with Nixon a week earlier. Khrushchev sniffed the glass and would soon give his opinion.

The argument between Khrushchev and Nixon had erupted during a cultural exchange intended to promote peace between the United States and the Soviet Union at the height of the Cold War. The two superpowers built exhibitions in each other’s countries, and Nixon had flown out to give Khrushchev a tour of the American display, which resembled a modern-day IKEA: a walkway snaking through models of perfect American living rooms and kitchens, each fully loaded with high-tech gadgetry. As Nixon showed Khrushchev a color television, the Soviet premier launched into a tirade about U. S. policies, and the two men began arguing. The debate continued as the two men drifted into a model of an American kitchen, where the leaders stood like a married couple on the verge of divorce fighting during breakfast, stabbing their fingers at each other and shouting. Khrushchev kept interrupting, and Nixon yelled that the Soviet premier should “not be afraid of ideas. After all, you don’t know everything,” according to the press corps accompanying the diplomatic mission.

A week later, as Nixon was about to depart for America and the men’s tempers had cooled, Khrushchev visited Nixon on his airplane for a tour. Khrushchev started picking through the plane’s wet bar, sniffing at an American-made vodka and asking who had made it. Not even bothering to wait for an answer, he picked up a second bottle. “What’s this?” he asked, and was told it was bourbon whiskey. Later, after Khrushchev sat down, he was offered a drink.

“You propose vodka or whiskey?” he asked before answering his own question: “We are on your territory. We will take whiskey.”

Khrushchev was served a highball: bourbon poured over ice and mixed with seltzer. He took a sip and proposed a toast to the United States and his guests. “This is very good whiskey,” he told the group through his interpreter, “but you Americans spoil it. You put in more ice than whiskey.”

Khrushchev had no idea how prescient his words would be in the decade that would follow. Bourbon sales in the United States were relatively strong up until the middle of the 1960s, then began to plummet as consumer tastes changed. Full-bodied straight bourbons were hit particularly hard, and panicked distillers began scrambling to lighten their recipes and to lobby Congress for changes in the official production standards. Just a few years earlier, bourbon had thrived, but now it was folding like a bad musical as sales hurtled toward a historic low point. Of the many causes, the main one came straight from  Khrushchev’s homeland: vodka.

It took vodka about fourteen years to establish a beachhead from which it could launch an attack on bourbon. In 1933, the same year as Repeal, the United States officially recognized the Soviet Union, which technically cleared the way for vodka imports. But hardly any came, save for the odd case that arrived alongside Polish or Latvian vodkas, ending up behind grocery counters in ethnic neighborhoods like New York’s Brighton Beach or Chicago’s Stock Yard district. Then, in 1934, a Russian immigrant named Rudolph Kunnet (shortened from Kunetchansky) contacted the sons of Russian distiller Pierre Smirnoff and bought the rights to his name. Kunnet’s distillery in Bethel, Connecticut, was producing about twenty cases a day when it was purchased for $14,000 by Heublein (the same Heublein that would later try to buy Stitzel-Weller).

After that, very little happened. Vodka was a sleeper cell, hiding on American soil until receiving its orders. Most Americans had been unaware of its existence as a drink until the Tehran and Yalta conferences held during World War II between Franklin Roosevelt, Winston Churchill, and Joseph Stalin. FDR insisted on making dirty martinis for everyone, using a personal recipe that required a copious amount of olive brine. The non-Americans were confused and wary of what many historians have described as the worst martinis ever, and the Russians chose to toast with vodka instead, hoisting glasses of it into the air as if they were tiny trophies. Americans looked and wondered.

Distilled from grain at an eye-popping proof of around 190, much vodka is basically grain neutral spirits, intentionally stripped of all oils, compounds, and impurities, leaving it bracingly antiseptic and by definition “a neutral spirit without distinctive character,” according to the U. S. Code of Federal  Regulations. It’s the opposite of bourbon, whose character is created when the same compounds that are stripped from vodka interact with a wood barrel. Vodka’s qualities, or rather its lack of qualities, were quickly appreciated by alcoholics who noticed that the spirit didn’t dirty their breath. Smirnoff later capitalized on this feature by launching its “Smirnoff Leaves You Breathless” campaign.

Vodka’s main assault on bourbon began in 1946. Sales of the white spirit remained weak, and a Heublein executive named John Martin was wondering how to boost them when he ran into a bartender friend who was trying, unsuccessfully, to push imported ginger beer at his bar in Los Angeles. His creation: the Moscow Mule, a cocktail composed of ginger beer, vodka, and half a lime, served in a copper mug. Like all cocktail origin myths, there are alternative explanations for the drink’s creation, but this one seems most likely. “The Moscow Mule was a Trojan horse,” the adman in charge of the Smirnoff campaign around the drink later quipped. “It introduced vodka to the American people.”

The Moscow Mule was vodka’s insertion team, infiltrating the American countryside and rallying hearts and minds. It had a beachhead in Los Angeles, but where next? What place in America might be susceptible to its message? It turned out to be right where the House Un‑American Affairs Committee thought that every other communist threat from Mother Russia seemed to find safe harbor: Hollywood.