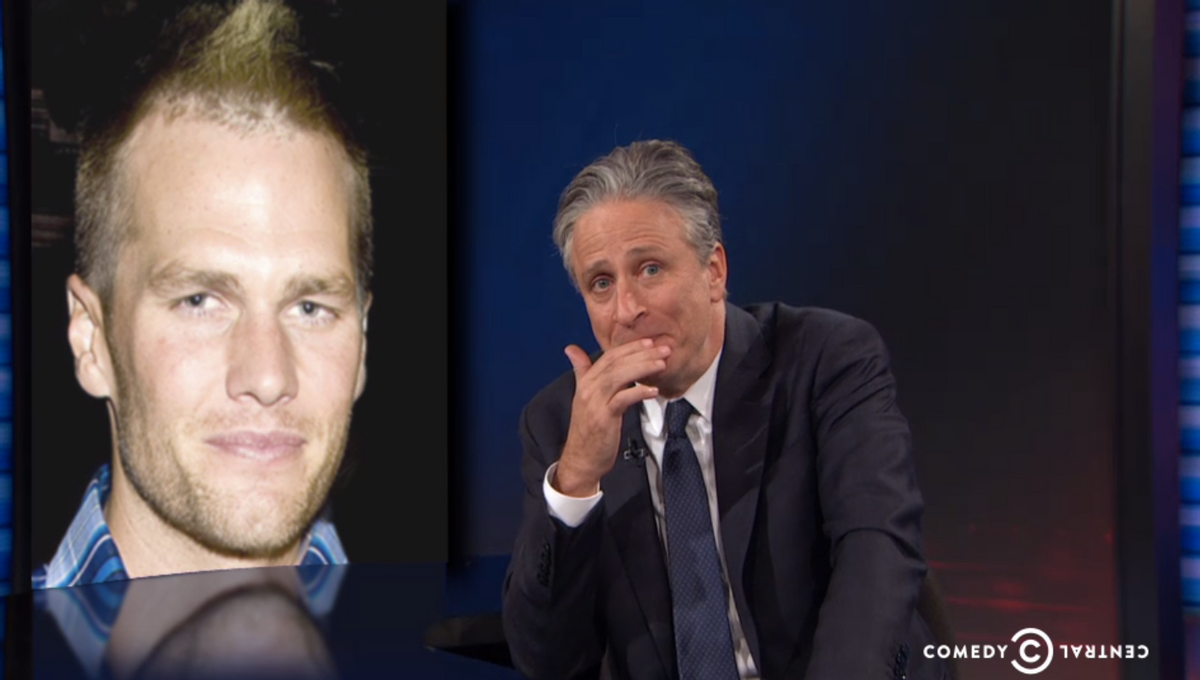 Jon Stewart took aim at the tainted Tom Terrific on Thursday's "Daily Show," following reports that the New England Patriots quarterback was probably "at least generally aware" of the team's plans to use deflated footballs in the January 18 AFC championship.

"Why?" seemed to be the question that carried through most of the "Daily Show" segment; why would Tom Brady, the man with everything, need to turn to cheating?

"You got four Super Bowl rings!" Stewart exclaimed. "You're married to the biggest supermodel in the world. Your face -- your beautiful face -- is a wonder of symmetry, a platonic ideal of beauty that can survive even the stupidest of haircuts."

"And yet," Stewart continued. "Even with these dopey fucking haircuts, you're still so handsome I would fuck the hole in your chin."

Stewart concluded with the argument that all of the greats never cheated. They didn't need to, he said, citing Michael Jordan's legacy.