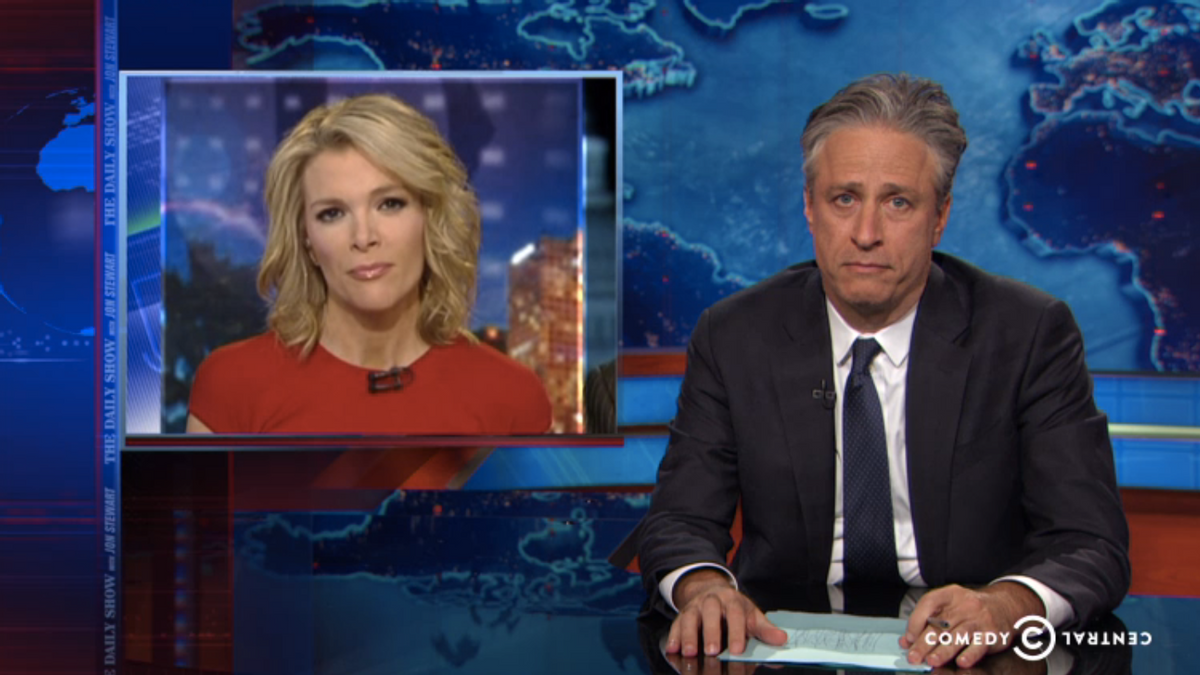 Jon Stewart resumed Fox News hypocrisy watch on Thursday night's "Daily Show," calling out Megyn Kelly and the network for condemning Hillary Clinton for her alleged favors for foreign donors while turning a blind eye to the influence of billionaires in the Republican presidential campaign.

The "Daily Show" host noted that while Clinton catches shade from conservative anchors for attempting to wrangle $2.5 billion dollars for her 2016 campaign, the GOP is getting showered with money from billionaires Sheldon Adelson and the Koch brothers behind closed doors.

In one clip, Kelly slams dems for attempting to regulate campaign spending and claims that in doing so, they are "limiting the First Amendment." "They think money corrupts in politics, and they're looking to stop that ... 'corruption,'" Kelly says.

“No, I think they’re looking to stop the corruption, not the ‘corruption,'” Stewart fires back, forming sarcastic air quotes around the word corruption.

With Fox News' arguments in mind, Stewart concludes: "I guess the rule here is that money is free speech, unless that money speaks with a funny accent."