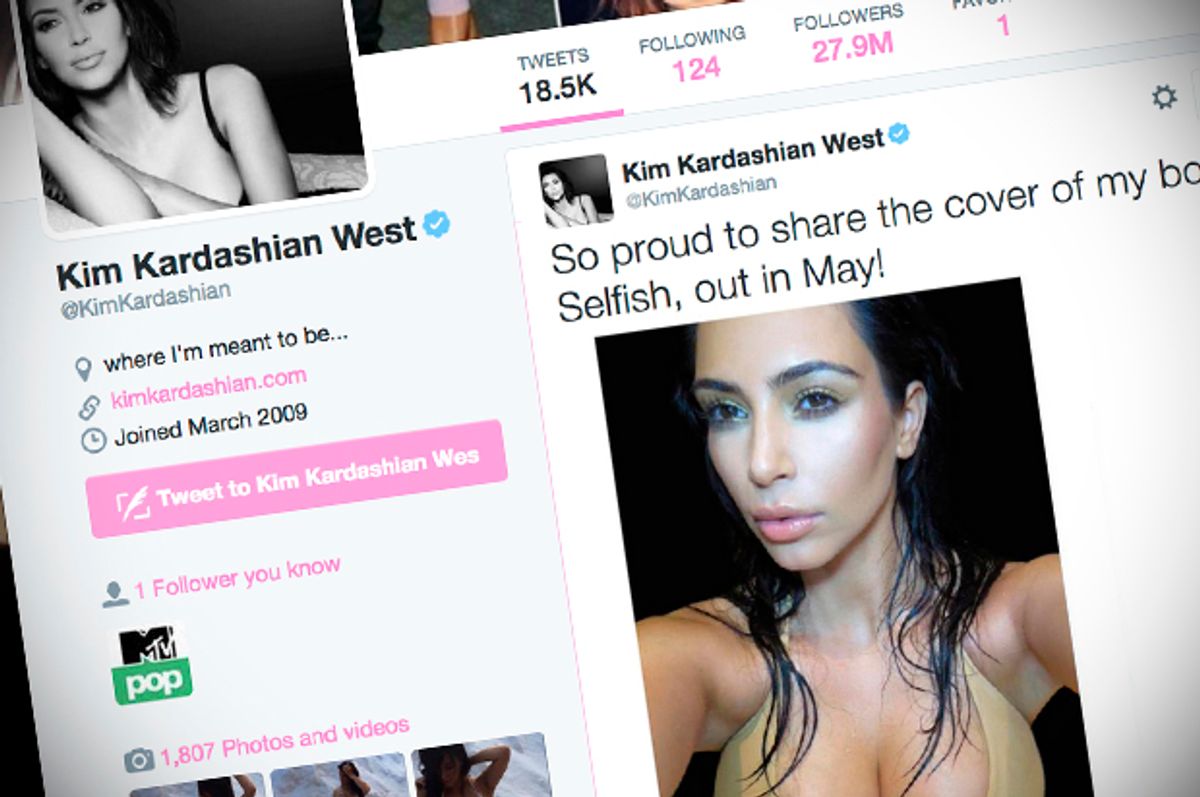 On May 15, 1863, the Salon des Refusés opened in Paris to showcase thousands of artists who had been rejected by the conservative jury of the elite Salon. Under intense pressure by both artists and citizens who deemed the Salon’s taste increasingly traditionalist and myopic, Emperor Napoleon III ordered that an alternate exhibition take place so that the public could judge the rejected art for themselves. Among the many "reject" artists who exhibited that year — Whistler, Jongkind, Pissarro — was Édouard Manet. His "Le Bain" (later renamed “Le Déjeuner sur l’herbe”), a painting of a naked woman casually enjoying a picnic with two fully clothed men while another woman bathes in the background, caused a scandal. The audience left the exhibit wondering what viewers still do today: Why is the naked woman gazing directly at the viewer while the two men (and the out-of-proportion bathing woman) ignore her obscene presence?

Émile Zola was one of the few people who didn’t see what the big deal was. Manet and his contemporaries were not “tormented” by the same concerns as the crowd, the journalist wrote, because “the subject is a pretext for them [modern painters] to paint while the crowd is the only subject.” In other words, the naked woman who baffles and disturbs us, the viewer, does so because she manages to examine us just as we do her. Just as she’s physically naked, we, too, become psychologically stripped bare in her eyes.

Manet "broke" the Paris art world with this provocative painting of a woman. Fast-forward 150 years, and we’ve encountered a provocative woman’s gaze we can’t ignore — Kim Kardashian’s. The reality star and selfie queen's new art photography book "Selfish" (published this week by Rizzoli) includes hundreds of her self-as-subject photos. On their website, the publisher calls her “a trailblazer of the ‘selfie-movement,’” which it describes as the “modern-day self-portrait of the digital age.” Of course, Manet’s woman is not a self-portrait; yet, he contemporized the classical female form by inserting a staring nude woman in an everyday scene, sparking a national conversation. In the Internet era, Kardashian similarly employs this gaze and her female body as a platform to arouse discussion and attention (most recently, for Earth Day). And while it may seem absurd — even sacrilegious — to compare the work of a 19th-century visionary painter to a 21st-century mogul of mundanity, we can’t ignore that Kardashian is the most photographed woman in the world largely because she has fashioned her image as the pretext through which she has garnered a whole lot of subjects.

But how exactly has Kardashian managed to steadily rise from the status of sex-tape vixen to self-portrait artist? Sure, the coffee table book could just be marketing ploy — after all, her Instagram account (which features mostly selfies) has a built-in audience of over 31 million followers and counting. And if you aren’t one of her followers, you’ve certainly seen her face plastered across a tabloid cover or two in the grocery store aisle. Yet, her ubiquity hardly explains her appeal. While she may have graced the covers of Vogue and Playboy (and most recently been named one of Time’s “100 Most Influential People”), as of late she’s lent her visage to smaller arthouse magazines such as Love and Factice. Most notably, her naked derriere and playful gaze graced the pages of Paper magazine this past November with the ambitious title “Break the Internet.” Yet, it nearly did just that when the culture mag’s site garnered 11 million unique visitors in just two days after the story’s publication. If all Kardashian cared about was numbers, then she could have broken the Internet on a site with more traffic, not done a shoot for an under-the-radar publication for reportedly no paycheck. If you’re one of the most recognizable people on the planet, why bother going the indie route?

It seems Kardashian has become interested in creating a persona that goes beyond social media goddess — rather, fashioning herself as both artist and muse. For the Paper shoot, she teamed up with controversial photographer Jean-Paul Goude, who is probably best known for his 1982 photography book "Jungle Fever," which, among many controversial depictions of black women, famously featured a caged Grace Jones roaring at the camera like a wild animal. Kardashian’s Paper cover photo is a reinterpretation of Goude's iconic portrait, "Carolina Beaumont, New York, 1976" — an artistic choice that garnered much online discussion, chiefly that Kardashian’s curvy, champagne-popping homage perpetuates the visual exploitation of women of color. Given Kardashian’s heavy-handed curation of her public image, the intentionality and motivation behind her compliance with Goude's well-known racially-charged aesthetic calls attention to how she views herself as both a persona and an abstraction of that persona. In other words, if Kardashian was in on the racially-problematic legacy of this photo, she certainly seemed willing to play along for the sake of placing her body in the context of art — no matter how offensive or controversial. And if she wasn’t aware? Well, that forces us to wonder whether her body can even be exploited at all by an outside entity, since her career is predicated entirely on exploiting it herself.

"Selfish" is the celebration of this exploitation. If "Selfish" had been shot by a photographer like Goude, we might very well cry foul and say that the woman whose sultry eyes peer out from the hundreds of photographs has been reduced to a hackneyed depiction of female sexuality. But Kardashian is the photographer. She is the subject. She is her own muse. And therein lies her allure.

It is the mystique that tens of millions of social media users try to capture every day in choice moments of their lives. The selfie at the football game while the team is busy scoring a touchdown. The selfie in the mirror before going out on a Saturday night. The selfie with the best friend in front of the movie theater. The settings are interchangeable; the subject is exhausted. What is remarkable about Kardashian is that the television show documenting her life, the Instagram and Twitter accounts that record her every move, and the virtual reality app game that allows users to engage in a fictionalized version of her life might as well be one and the same — every aspect of her life is a reflection, a performance, an abstraction of authentic lived experience.

Both Manet and Kardashian are born out of what is considered trashy for their respective times. Besides the artistic mediums, the obvious difference between the gaze of Manet’s naked woman and Kardashian’s vacant selfie stare is that Manet wants us to pay attention to our minds’ projections onto the female body while Kardashian wants us to pay attention to her female body. The two women in the painting could very well be the same person, or the manifestations of the lounging men’s imaginations, or a glimpse into the artist’s psyche — the interpretations go on and on. Kardashian’s selfies can only be interpreted as Kardashian. The mystique of “Le Déjeuner sur l’herbe” is that it is a fixed image open to infinite interpretations; the mystique of Kim Kardashian is that she is a living person who has circumscribed her image to an amazingly singular one.

Manet recognized the power of the mirror-like gaze and, as Zola points out about his friend’s work, the scandal of “Le Déjeuner sur l’herbe” wasn’t the painting's subject so much as it was the subversive reversal of subjectivity onto the onlooker. In our current Age of the Selfie, we’ve convinced ourselves that we can capture that same eerie candor and arresting beauty with incessant self-photography. Yet, at best, we are left with little more than artificial (albeit, with filters, idealistic) renderings of who we project ourselves to be. But as Amanda Fortini points out in Paper, “There is no division” with Kardashian. “She is being, and being is her act.”

Kardashian may very well be the greatest performance artist of our time. Or she's the worst example of our culture’s snowballing narcissism and vanity. Regardless, with "Selfie" released this week by a venerated art book publisher, she’s come to embody the terrifying success born out of the digital age and the most telling indication that the 21st century artist is one who doesn’t necessarily engage the audience so much as she requires one. Kardashian’s art is that she has constructed a public persona so accessible that it has become an abstraction of reality itself. She is the filter through which we envisage her seemingly unfiltered life that cannot exist without our attention.

Daphne Muller is a New York City-based writer who writes about culture, politics, and religion. She is currently directing a movie about gender and race in the South.