For all their eloquence, New Atheists show little interest in understanding how believers really think or feel 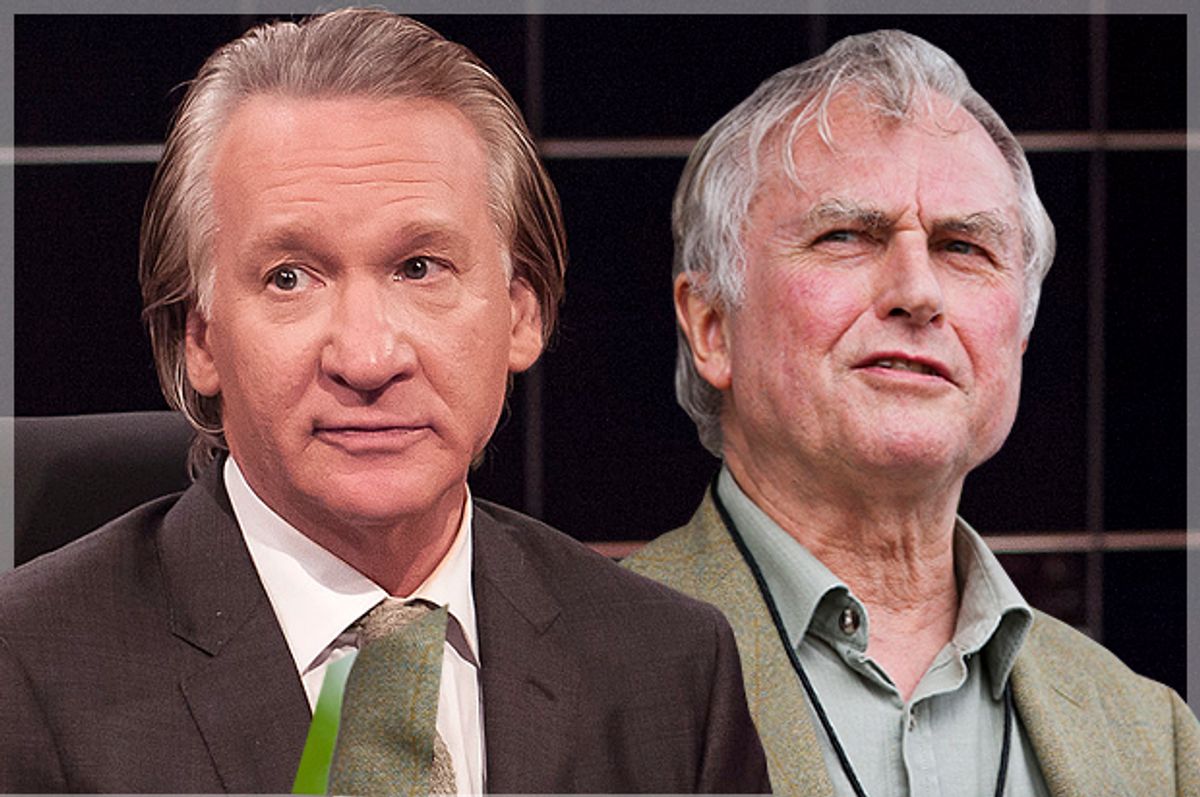 Atheism has a storied history in the West. From the irreverent Voltaire to the iconoclastic Nietzsche, the godless have always had a voice. But the New Atheists are different. Religion, they argue, isn’t just wrong; it’s positively corrosive. If you’ve heard people like Bill Maher or Lawrence Krauss speak in recent years, you’re familiar with this approach.

New Atheism emerged in 2004 as a kind of literary and social movement. Led by such luminaries as Richard Dawkins, Sam Harris and Christopher Hitchens, New Atheism became part of the zeitgeist, a well-timed reaction against religious fundamentalism. The New Atheists are notoriously pugilistic. In print or on stage, they never run from a fight. Whatever you think of their tactics, they’ve succeeded at putting fanatics and moralizers on the defensive – and that’s a good thing.

But there’s something missing in their critiques, something fundamental. For all their eloquence, their arguments are often banal. Regrettably, they’ve shown little interest in understanding the religious compulsion. They talk incessantly about the untruth of religion because they assume truth is what matters most to religious people. And perhaps it does for many, but certainly not all – at least not in the conventional sense of that term. Religious convictions, in many cases, are held not because they’re true but because they’re meaningful, because they’re personally transformative. New Atheists are blind to this brand of belief.

It’s perfectly rational to reject faith as a matter of principle. Many people (myself included) find no practical advantage in believing things without evidence. But what about those who do? If a belief is held because of its effects, not its truth content, why should its falsity matter to the believer? Of course, most religious people consider their beliefs true in some sense, but that’s to be expected: the consolation derived from a belief is greater if its illusory origins are concealed. The point is that such beliefs aren’t held because they’re true as such; they’re accepted on faith because they’re meaningful.

The problem is that the New Atheists think of God only in epistemological terms. Consequently, they have nothing to say to those who affirm God for existential reasons. New Atheist writers tend to approach religion from the perspective of science: They argue that a particular religion isn’t true or that the empirical claims of religious texts are false. That’s easy to do. The more interesting question is why religions endure in spite of being empirically untrue. There are, of course, millions of fundamentalists for whom God is a literal proposition. Their claims concerning God are empirical and should be treated as such. For many, though, God is an existential impulse, a transcendent idea with no referent in reality. This conception of God is untouched – and untouchable – by positivist science; asking if God is true in this sense is like asking how much the number 12 weighs – it’s nonsensical.

These sorts of questions pervade literature and philosophy. The existentialist authors, most of whom were atheists, took seriously the problem of meaning and truth. Dostoevsky, for instance, although a Christian, refused to defend Christianity on positivist grounds. He considered God a motive force, not an empirical claim about reality or history. For his part, God was a bridge to self-transcendence, a way of linking the individual to a tradition and a community. The truth of Christ was therefore less important than the living faith made possible by belief in Christ.

Richard Dawkins may find this distinction trivial, but I don’t think it is.

Dostoevsky’s defense of the idea of God has to be reckoned with, especially by critics of religion. The great writer and humanist Albert Camus wrestled with Dostoevsky for most of his life. Camus was an atheist, but he understood the instinct for transcendence. And he knew that God was a solution (however false) to the problem of meaninglessness. Against the backdrop of death, what matters more: truth or a reason for living? “I’ve never seen anyone die for the ontological argument,” Camus wrote, but “I see many people die because they judge that life is not worth living. I see others getting killed for ideas or illusions that give them a reason for living.” Today is no different; people continue to kill and die in defense of beliefs that give their lives meaning and shape.

The New Atheists don’t have a satisfactory alternative for such people. They argue that religion is false; that it’s divisive; that it’s unethical; that it makes a virtue of self-deception; that it does more harm than good – and maybe they’re right, but if they don’t understand that, for many, meaning is more important than truth, they’ll never appreciate the vitality of religion. To his credit, Sam Harris’ most recent book, “Waking Up,” grapples with these issues in truly fascinating ways. Indeed, Harris writes insightfully about the necessity of love, meaning and self-transcendence. But he’s a fringe voice in the New Atheist community. Most are too busy disproving religion to consider why it is so persistent, and why something beyond science will have to take its place in a Godless world.

The New Atheists have an important role to play. Reason needs its champions, too. And religion has to be resisted because there are genuine societal costs. One can draw a straight line between religious dogma and scientific obscurantism or moral stagnation, for example. That’s a real problem. But if religion is ineradicable, we have to find a way to limit its destructive consequences. Satire and criticism are necessary, but they’re not sufficient.

Sean D. Illing is a freelance writer based in Baton Rouge, Louisiana. He teaches political theory at Louisiana State University. Read more from him at his blog at Cosmopoliticsblog.com. Follow him @sean_illing on Twitter.