Mother's Day: The mother of all triggering Hallmark holidays

I'm not a mom, and the reality of that truth haunts me as I grow older -- especially every second Sunday in May 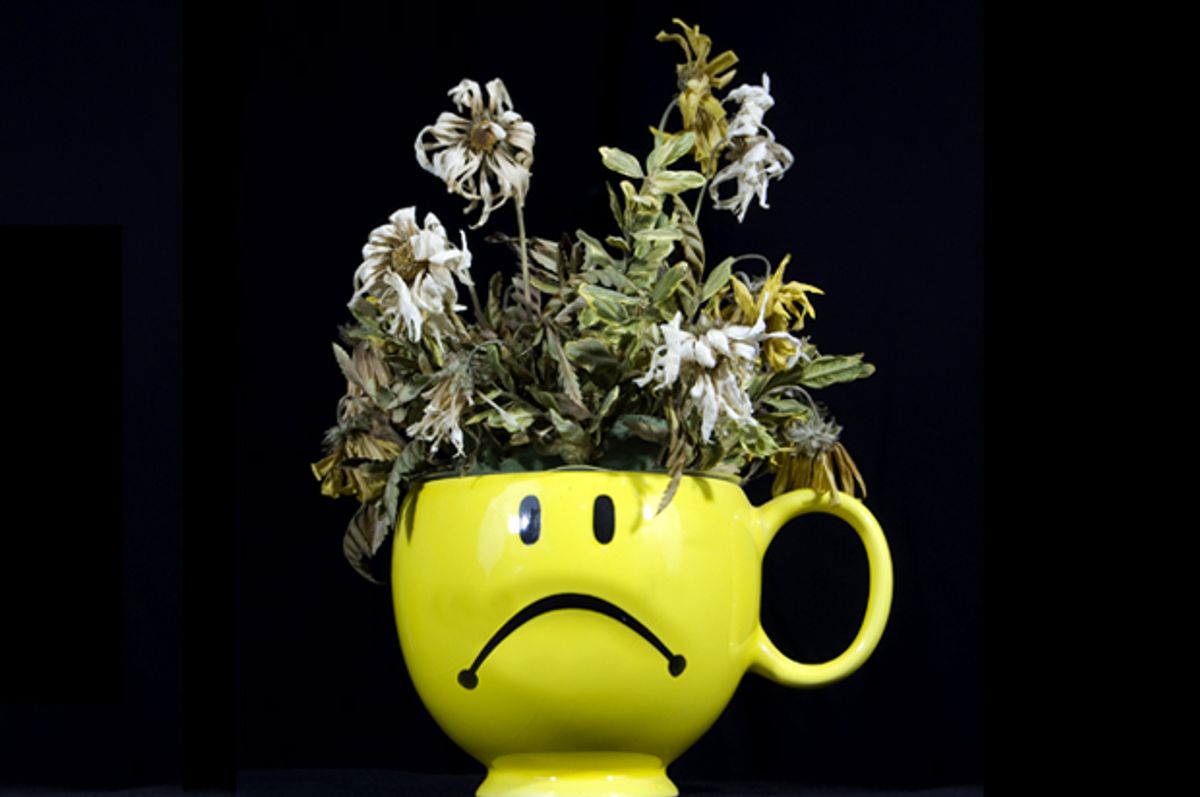 Last year, leaving an appointment a few days before the second Sunday in May, the receptionist shouted, "Happy Mother's Day, if you are one." Ouch. All holidays have the potential to be painful, but Mother’s Day is an especially tough one. Welcome to the most loaded holiday of the year.

Like a lot of you, I have friends who have tried desperately and unsuccessfully to become moms and carry a great deal of pain and shame associated with that, so for them this holiday silently burns. I know several women who are estranged from their mothers and many who have lost their moms over the years. For them, the day is a melancholy reminder of a different kind.

I happen to be very close to my mom. I was blessed to be raised by a woman who did not compete with me (this is huge) and saw me and celebrated me. But, and it’s a big but, I am not a mom. No kids. And the pain of that wedges its way in today, more than other days, in a way that's hot and feels endless.

It is an emptiness, the reality of not being a mom, and likely not becoming one, at least in a traditional sense. Whenever the subject comes up, I fall apart. It inches its way up, peeks its way out, and is always acknowledged with tears that pour out of my eyes with no map and no destination. They never get me anywhere. I shove it away. Until I arrive there again. As I always do.

Just the other day I was in a doctor's waiting room when a woman came in with her tiny baby in a snuggly. It cooed, it cried. I triggered. And then I cried, a whole lot more than that beautiful baby.

There are a lot of layers to this for me, as there are for many women. My most recent ex was 17 years younger than me, with a biological imperative and fairly specific plan. He wanted kids, his own. But he wasn't ready yet, and when he would be, it would be too late for me. It was the defining blow to our relationship. And it has greatly affected my relationships with women as well. I’ve lost friends over the years, because their lives became about their kids and the other moms in their school that they wind up spending all their time with. When you have nothing to add to that mommy conversation, you inevitably start drifting apart.

Several years ago I was at one of my niece’s soccer games, cheering, running up and down the sideline. She was maybe 12 at the time. One of the other moms came over to me and asked if my daughter was on the team. “Oh, no!” I replied, somewhat shocked. I couldn’t possibly have a daughter that age, what was she thinking? Except that I totally could have. I could have had a daughter several years older than that. So why didn't I?

I always assumed I would be a mom. I love babies. I love kids. I have hips that were made to pour babies out of them — at least that’s what my old OB/GYN who delivered me into this world told me that when I was 17. (Horrifying.) Like a lot of things, I just thought it would happen. I would fall in love, get married, have babies, just like everyone else. But many years went by, a few relationships went wrong, and here I am without a child. It’s not an impossibility, but it’s not very likely. And it’s something I bury, because on some level, I’m still not ready to own it.

I know: There are all kinds of mothers. No one actually believes that more than I do. But when people say that to you on Mother's Day it feels a little like they're patting you on the head and handing you the runner-up ribbon. I am the aunt to two teenage girls, who are everything to me. They are my heart, as if I had birthed them myself. But luckily I didn't, because that affords me some closeness and honesty that a mom might not get from her own daughters. Both girls have been through a lot in the last few years. And if I had my own kids I would never have had the time and presence to give them when they needed it. And then there are the myriad women I nurture with the work I do, teaching dance movement therapy. Maybe my purpose is to mother in a way that society does not quite recognize with the same focus or admiration. I get it. But it stings.

I hesitated telling this story, because it is a special day to be celebrated for so many. But for a lot of us, it’s a tough one, a hollow one. So, on the most triggering of Hallmark holidays, I ask you to remember that not everyone is necessarily a mom. But we all mother. And we all deserve to be celebrated.

Catherine Newman is writer who masquerades as a television producer/director on most days. She is also an movement teacher, a body whisperer, and the girl who feels too much.