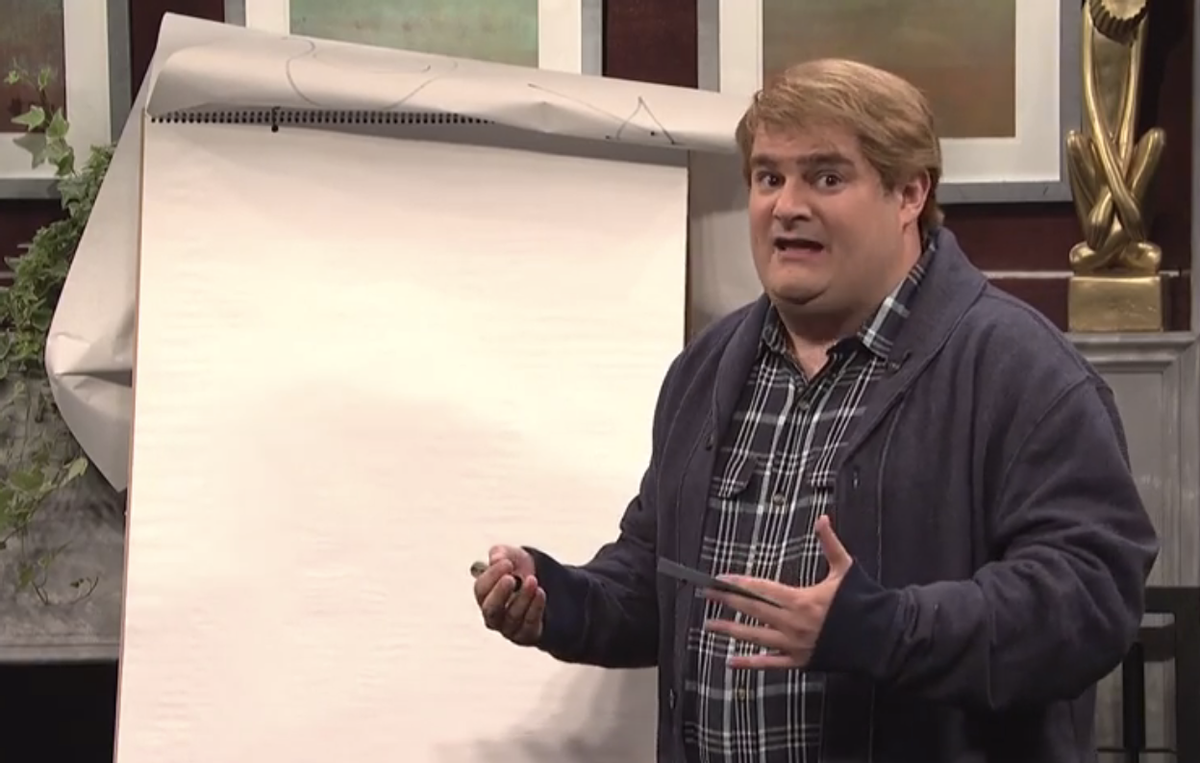 Contestants on a fake Pictionary-inspired "Saturday Night Live" game show know their limits when it comes to what they'd do to win -- and the buck stops at drawing a cartoon image of the prophet Muhammad.

"SNL" deftly took on news of the recent attack on a Muhammad cartoon drawing contest in Garland, Texas, with two contestants on its game show "Picture Perfect" both fearfully refusing to draw the prophet in order to win $1 million. When one contestant on the show-within-a-show passes the drawing challenge to celebrity teammate Reginald VelJohnson (Kenan Thompson), the former "Family Matters" star can't bring himself to cave, even after another teammate (Reese Witherspoon) tries to get under his skin: "Urkel would do it," she says.

Ultimately, VelJohnson is too terrified of negative repercussions to draw anything at all -- and Witherspoon's character still manages to guess what it is anyway. Her guess is likely based on recent events, as well as her teammates' abject horror at the suggestion they be forced to draw the prophet.

Watch the sketch below: