Amy Schumer exposes the creepy relationship men have with their liquor: "So you actually want to have sex with your beer?"

Schumer has noticed that beers act as stand-ins for females, the sweatier and flirtier the better! 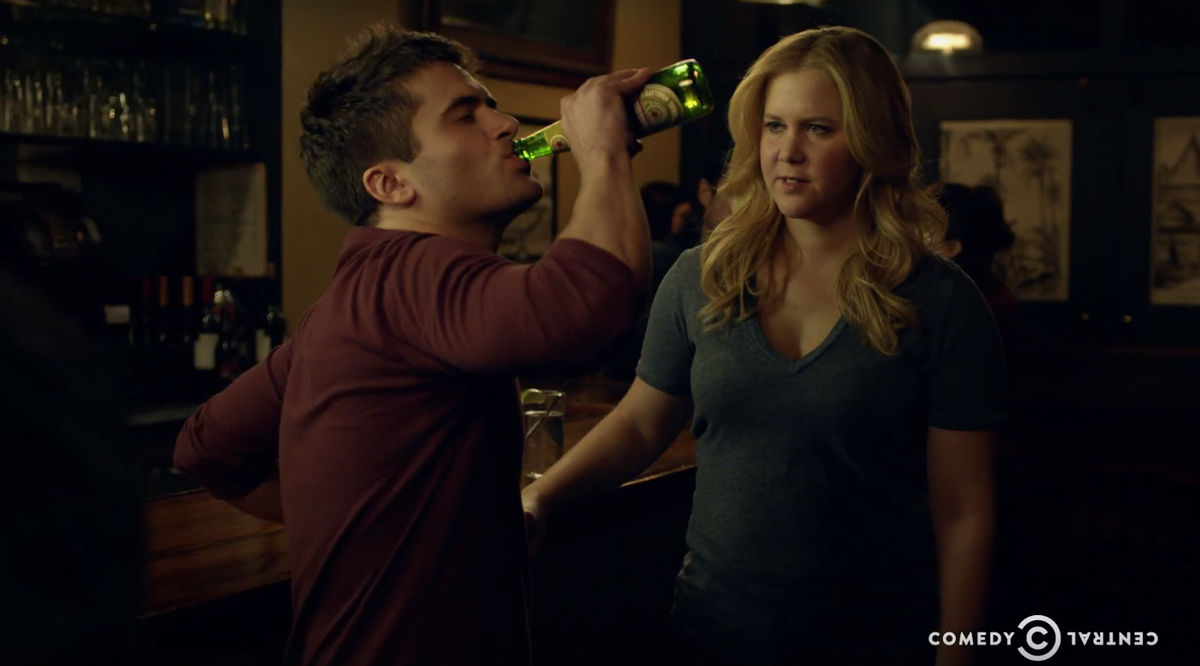 Finally! A beer you can fuck! While "Inside Amy Schumer" won't air until tomorrow, Comedy Central has uploaded a sneak preview of Schumer's latest sketch to its Youtube channel Monday afternoon: a mock ad for Dick Hole Beer, a beer that finally lets men take things to the next level.

The sketch finds Amy in a bar where she has immediately taken notice of a man checking her out. But wait, it's not her he's checking out -- it's the beer directly in front of her, she discovers. "Ooooh you thought I was looking at you," the man says as his bros join in laughter. "You're not a beer!" one of them clarifies.

The ad reveals a lot about the way hetero men interact with their beers in public spaces. In Schumer's observation, beers are stand-ins for females -- the sweatier and flirtier the better.