"Poor people have pride too, and they don't want to be just taken care of" 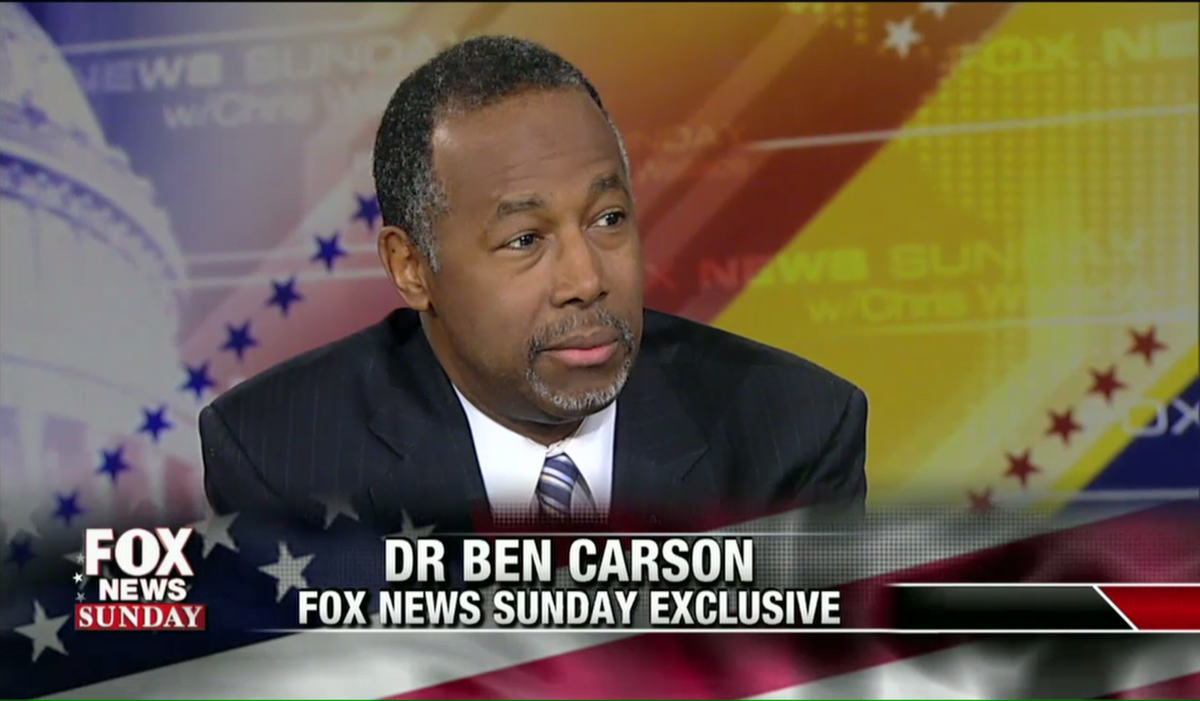 GOP presidential candidate Dr. Ben Carson appeared on "Fox News Sunday" where he spoke with host Chris Wallace about some of his more far-out (read: bananas) policy proposals. The Tea Party's golden boy is known for promoting a number of ill-considered stances, from the healthcare savings account to his fervent opposition of the legalization of same-sex marriage. The most offensively ignorant of these policies, however, is his support of a flat tax rate, in which every American pays the exact same tax rate.

"I like the idea of a proportional tax, that way you pay according to your ability, and I got that idea, quite frankly, from the Bible, tithing. You make $10 billion a year, you pay a billion; you make $10 a year, you pay one. You get the same rights. That's pretty darn fair if you ask me." Carson argued. "Now some people say [the flat tax is] not fair because, you know, the poor people can't afford to pay that dollar. That's very condescending. You know, I grew up very poor. I've experienced every economic level, and I can tell you that poor people have pride, too. And they don't want to be just taken care of."

"But Doctor, here is the problem with a flat tax in the real world," Wallace pushed back. "According to the Tax Policy Center, to raise the same amount of revenue we do now, the tax rate would have to be in the low-to-mid 20 percent range."

"I don't agree with that assessment," Carson said. Well, okay.

Watch the full interview below to hear Carson defend his statement that Obamacare is the "worst thing since slavery":