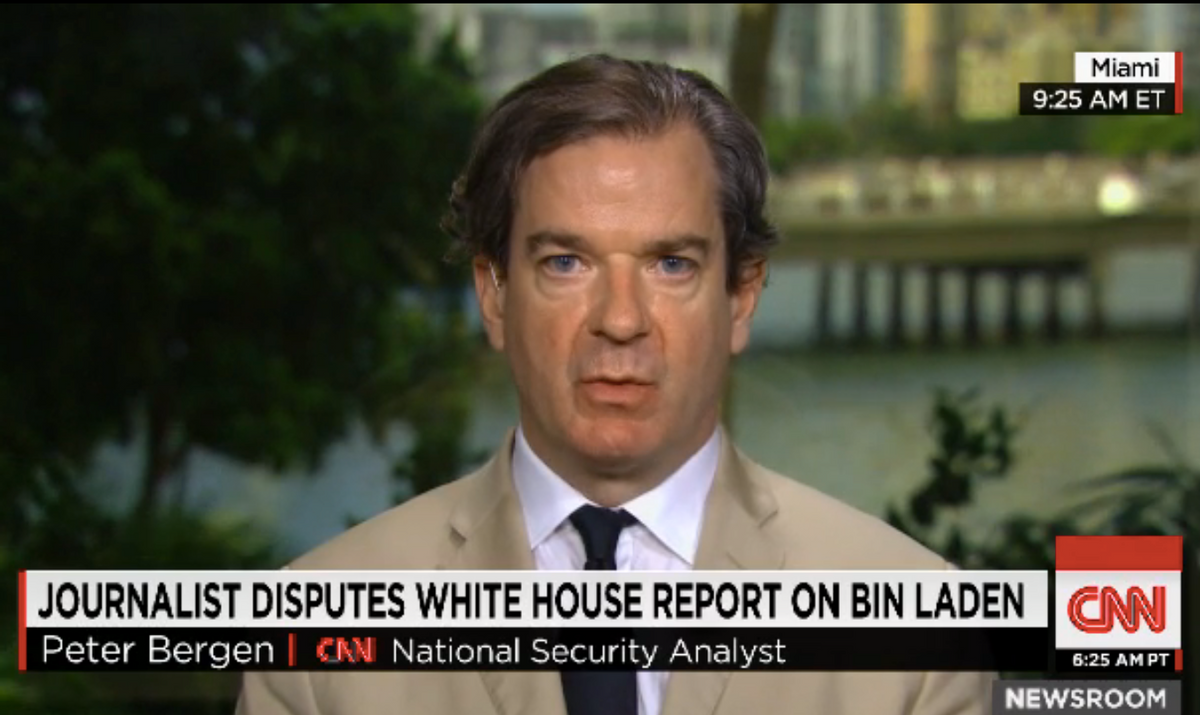 On Sunday, seasoned investigative journalist Seymour Hersh published a lengthy piece in the London Review of Books claiming the official government report on the assassination of Osama bin Laden is a lie. Hersh's 10,000-word report relies primarily on the claims of two retired sources, one of whom is anonymous, and quickly came under fire by journalists and experts as a work of intricate conspiracy theory.

In addition to being criticized on social media, Hersh's revelations have been rejected as "all wrong" by former CIA officials and -- unsurprisingly -- the White House, which dismissed the report as "baseless" and riddled with "inaccuracies" on Monday. Major media outlets have also begun to poke holes in Hersh's argument, refuting his claims that U.S. and Pakistani officials staged the raid in which bin Laden was killed.

CNN's Peter Bergen has been particularly vocal in calling out factual inaccuracies in the reporting, based on his own experience visiting the compound where bin Laden was allegedly held following the raid. "None of this really adds up," Bergen said. "Not to say that there might not be something in the 10,000-word article that's true, but as far as I can tell, what's true isn't new and what's new isn't true."

Bergen highlighted a number of specific problems with the report:

Sy Hersh has had a distinguished career as an investigative journalist but I think he misfired with this one. A number of claims he makes in this piece defy common sense and the evidence that we know. For instance, he says that because the U.S. and Pakistan were collaborating on the hunt for bin Laden and they all knew that he was in this compound in Abbottabad in northern Pakistan, that there was no firefight, that the seals just walked in and shot bin Laden. Well, I was in the compound and I saw evidence of a considerable number of bullets that were exchanged. We know from two of the Navy SEALs that were on the the raid that have publicly said that two other people were killed that night. Other shots were fired. We know from multiple U.S. officials that four other adults in the compound were killed. And that's just one example of where the reporting just doesn't make sense.

Bergen also challenged the assertion that Saudi Arabia was financing bin Laden's stay in Abbottabad, which he says is ridiculous, partly because bin Laden sought to overthrow the ruling Saudi regime. He's not alone in his criticism. Vox published a takedown of Hersh's article on Monday that calls the report "riven with internal contradictions and inconsistencies"; a CIA official told the Washington Post the claims were "utter nonsense." Still, others are chiming in with their critiques. Here's how people are responding to Hersh's claims:

Seymore Hersh and the LRB broke the internet, not Kim Kardashian: https://t.co/NE8rjF3tp0

Sometimes he is v, improbably right, but this Sy Hersh story re Bin Laden killing seems a large stretch. http://t.co/62t9hFGWRW via @LRB

I'm not saying Seymour Hersh's Bin Laden story is not correct but it does sound like something out of Homeland.

That Seymour Hersh story doesn’t make any sense. Why not just quietly turn over bin laden?

Watch Bergen's take on the Hersh report below: