"Game of Thrones" recap: "Kill the boy, and let the man be born"

Adulthood has come for the young would-be leaders of Westeros 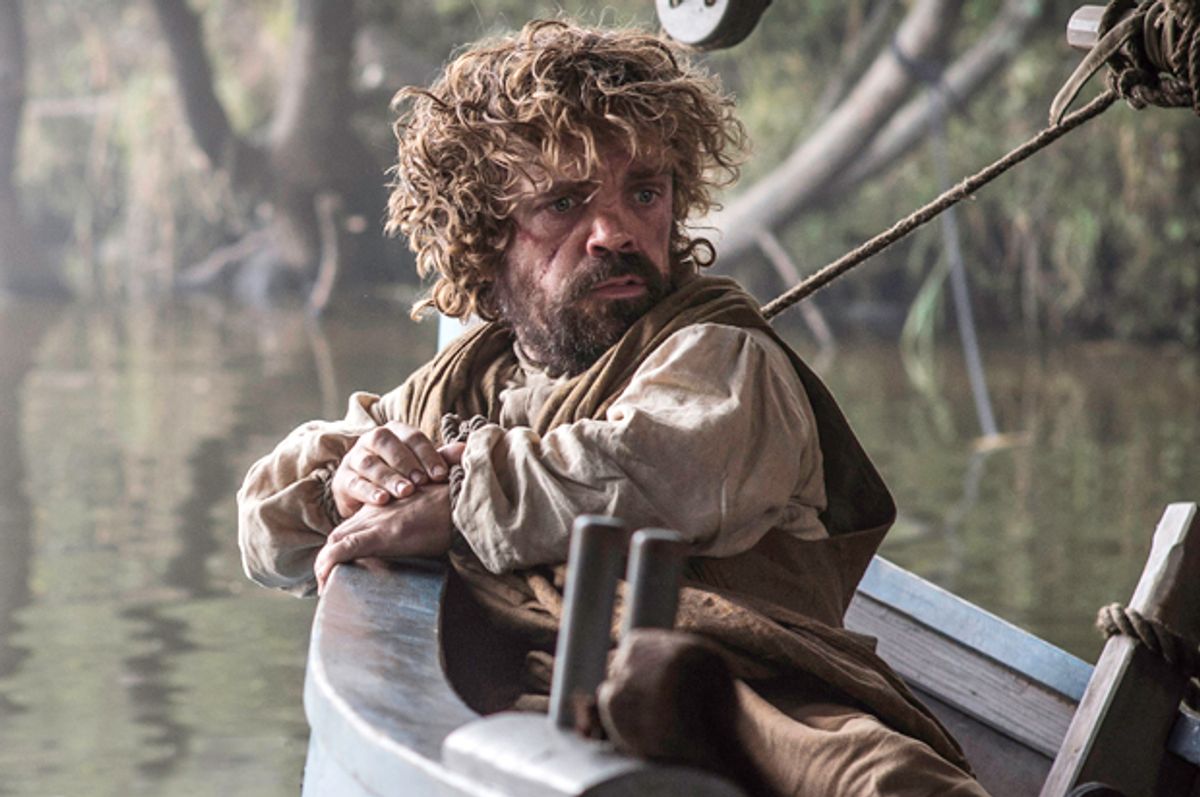 “Game of Thrones” has a strange relationship with its most recognizable quote, “Winter is coming.” At this point, no matter how often the phrase is intoned (twice in this episode alone) it seems like a prophesy that will never come to fruition. It’s a bit like adulthood in that way. You spend your life waiting to feel like a mature and reasoned adult who finally has it all figured out, but the longer you live and the older you get, the more you realize that adulthood isn’t a destination, it’s the realization that things will always be difficult and that you’ll always feel a little lost. Adulthood only comes when you choose it.

This is particularly relevant in the latest episode of season five, “Kill the Boy,” a phrase repeated by aged Maester Aemon to Jon Snow, instructing him to put aside the soft boy who meddles with his reason and become the man the Lord Commander of the Night’s Watch demands. It’s well timed advice, because Jon needs to make a decision about what to do with the wildlings, ideally before Stannis decides to move on Winterfell. Ultimately, Jon decides to try to bring the wildlings, not into the fold necessarily, but to trust them to be allies, knowing that without some kind of agreement, they would eventually fall to the white walkers, leaving even more supernatural horrors for the Night’s Watch to overcome down the line.

His decision, however, is met with much resistance among his men, as they know the people from beyond the wall only as enemies who cannot be trusted, no matter the circumstances. Even Jon’s young assistant Olly can’t stomach the realities of the Lord Commander’s decision, having lost his family to the wildlings. But Olly is still young and able to indulge in the short-sighted solution of vengeance. Jon comforts Olly as much as he can but remains resolute in his need to follow his path, regardless of popularity.

Eventually exhibiting similar amounts of growth and commitment to adulthood is Daenerys in Meereen. Mourning the death of Ser Barristan, she decides to round up the heads of the households and have a little dragon tete-a-tete with the group, resulting in some impromptu barbecue and making little progress toward healing the tempestuous situation still bubbling near the surface of the city. Missandei counsels Dany that while she leaned on her counselors when she had not the experience to draw on, she also was more than willing to blaze her own trail when she saw a solution that could work for her. Inspired by the pep talk, Dany goes to Hizdahr, still imprisoned from the visit to the dragons, and informs him that she was wrong and would be reopening the Meereen fighting pits as he wished. And also, that they’d be marrying to solidify the interests of the city. Okay then. But really, that Dany is so blasé about her romantic entanglements makes sense. She gave her heart to Drogo and was destroyed by his death. She gave her trust to Jorah and was devastated by his betrayal. She is wiser now, more mature, and she understands that emotional involvement leaves her weakened. Relationships are much more useful tools when she is the one in charge.

Meanwhile, in other arranged marriages, Ramsay Bolton and his betrothed, Sansa, break bread with his father and his wife in a sort of medieval “Who’s Afraid of Virginia Woolf” type dinner party replete with dead-brother conversations and surprise pregnancy announcements. Sansa, having seen Theon again for the first time since their paths diverged, seems largely dumbstruck as they both struggle with the people they now are, so very far from who they were as children all that time ago. Theon is now Reek, Sansa a blackened version of herself. Even Winterfell isn’t the same home it used to be, no matter how much Sansa may insist otherwise. They have all been forced to become different versions of themselves — they have “killed the boy” because that was the only way to survive, and will almost certainly be the only way to thrive.

Adulthood has come for the young of “Game of Thrones,” just as it comes for us all at one point or another. But true maturity will only come if the characters realize that being an adult doesn’t equal being wise and that power isn't truth. For now, making the difficult choices is step enough in the right direction. Time will tell if those choices will be enough to survive the ever-pending winter to come.

Jorah and Tyrion decide to cut through Valyria, a fallen civilization the likes of which society has yet to replicate. As the two are sailing through, they happen upon Drogon, lazily flying through the sky, making Tyrion the first person outside of Dany’s general storyline to witness the reality of her dragons. He seems suitably impressed. So much so, actually, that he and Jorah are blindsided by an attack by Stone Men who transfer greyscale to whomever they touch. Tyrion manages to escape relatively unscathed, save for a near drowning, and Jorah seems safe, too, until the final scene of the episode reveals that he’s accidentally acquired a touch of the old greyscale himself, something that has profound implications for the story to come. That said, as Stannis’ daughter Shireen’s continued existence proves, there is a treatment for greyscale, it’s just a matter of figuring out what it is.

Stannis has decided it’s time to roll out from the Wall and is taking the whole gang with him. And by whole gang I mean his wife, his witch mistress, and his daughter. Because why not?

It’s a pity that Ser Barristan was not able to survive his wounds from last week’s battle, but it is a relief to know that the Grey Worm/Missandei relationship will continue. Now, with kissing!

Gilly and Sam have a lovely scene in the library where Sam unintentionally makes Gilly feel stupid and she apologizes for not knowing things. Anything that Gilly doesn’t know should be instantly forgiven, if only because her thirst for knowledge is palpable. It’s one thing to be uninformed. It’s another thing altogether to be ignorant. Gilly is definitely the former.