Jameis Winston files countersuit against woman who accused him of rape

The no. 1 NFL draft pick is filing a countersuit against Erica Kinsman, calling the woman "greedy" 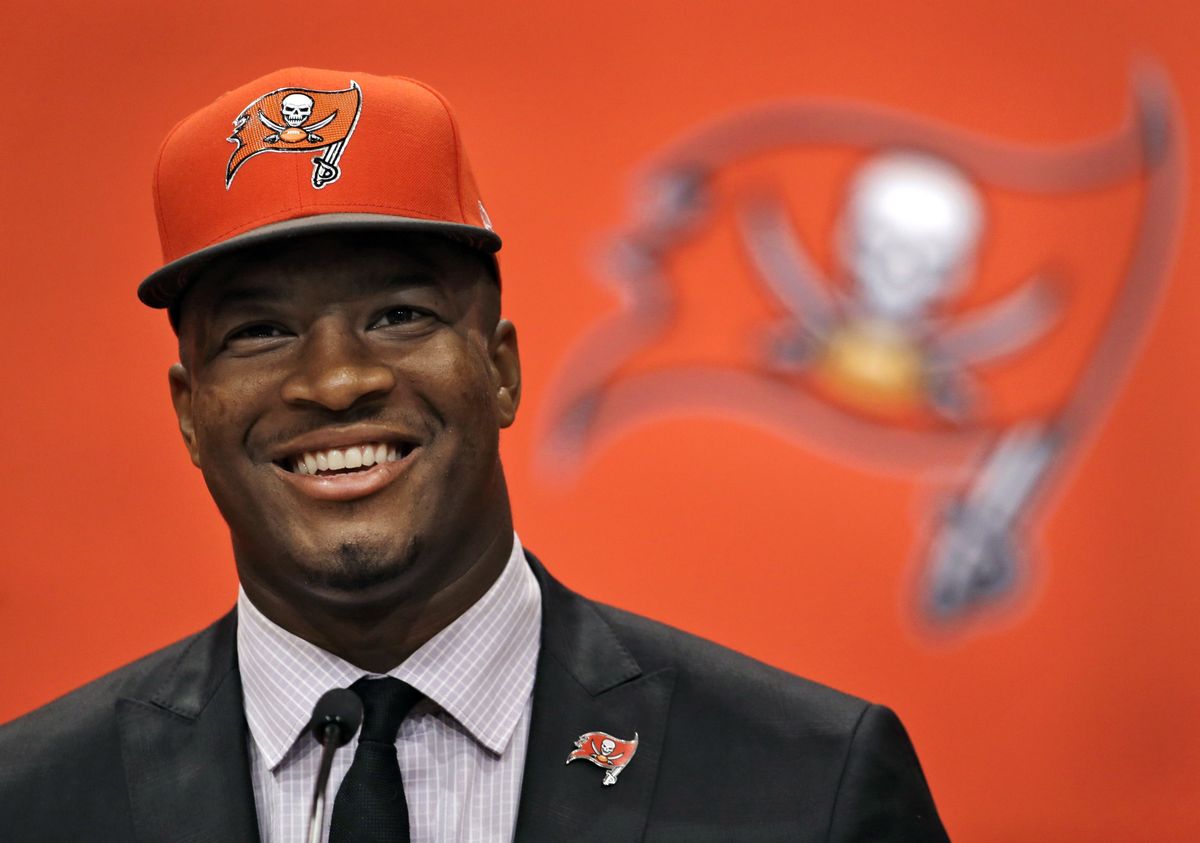 Jameis Winston, the recently anointed number one all-around NFL draft pick and a new member of the Tampa Bay Buccaneers, filed a countersuit on Friday against Erica Kinsman, the former Florida State University student who has accused the player of rape. Winston maintains that Kinsman, who went public with her account of sexual assault in the 2014 documentary "The Hunting Ground," created a "media circus" with her allegations in a deliberate attempt to hinder the quarterback's (already successful) career.

"Ms. Kinsman has been successful in one major area," Winston's countersuit states, the Associated Press reports. "She has mounted a false and vicious media campaign to vilify Mr. Winston with the objective of getting him to pay her to go away. Ms. Kinsman is motivated by the most insidious objectives — greed."

Kinsman filed a civil suit against Winston last month, accusing him of rape, assault, false imprisonment and emotional distress for a December 2012 sexual encounter that the player has maintained was consensual. She has also sued Florida State, claiming the university violated her federal Title IX rights after a two-day student code of conduct hearing cleared Winston of any wrongdoing last year. A Tallahassee prosecutor also declined to file charges against Winston following a police investigation, which was later found to have been grossly mishandled.

Kinsman's attorney, John Clune, called Winston's counterclaims "an interesting choice" in a Saturday response to the lawsuit, pointing out that the player's previous run-ins with the law will now become fair game in court. Winston made headlines for shoplifting crab legs at a Florida supermarket last year, which NFL commentators highlighted as one of the biggest concerns about his character leading up to the draft.

"The counterclaims put all of his prior misconduct front and center in the case by alleging injury to his 'good reputation' and the burden of proof is now on him," Clune said. "Refusing to answer questions isn't going to work here. I'm not sure how well this will end up for him."

According to the Associated Press, Winston's suit against Kinsman cites the woman's behavior the night of the alleged rape as proof that their encounter was consensual:

Winston's filing repeatedly refers to Kinsman's claims as "lies," saying the encounter between the two was proven by medical evidence and two teammate witnesses to be nothing more than consensual. It says Kinsman chose to leave the bar and didn't object in the taxi ride to the apartment, or when the two got out, and that she later rode on Winston's scooter with her arms around his waist, then hugging him before she walked to her dorm. She did not dial 911, nor call or text family or friends to tell them what happened, the filing said.

"Ms. Kinsman has made the false statements in an effort to cause damage to Mr. Winston's reputation and to coerce and extort him to give her money and 'make her go away,'" the attorneys wrote. "Ms. Kinsman was aware that Mr. Winston was likely to earn a substantial amount of money in salary, bonuses, and endorsements as a professional NFL football player."

Winston is the one who has actually suffered, the filing claims, saying Kinsman is guilty of defamation for repeatedly accusing him of "committing a crime that he did not commit."

As Vice Sports' Jessica Luther, whose reporting on the Winston case is referenced in the countersuit, pointed out on Morning Joe on Monday, Winston was never cleared of committing the alleged assault, as his attorneys have suggested. Rather, he was never charged, and was found not to have violated FSU's student code of conduct -- two very different things.

"When the state's attorney announced about 11 months later, in November 2013, that he was not going to press charges, he was pretty clear that the initial investigation ... was not very thorough," Luther said. "It wasn't necessarily that he's innocent, it was that [the state's attorney] didn't feel like he could win this in court."

Winston has not yet been available to comment on the counterclaim, which his attorneys filed just one week after the player inked a four-year $23.35 million contract with the Buccaneers.

Luther has more on the counterclaim and the media's role in pushing for an investigation of Kinsman's claims. Watch her appearance on Morning Joe below: