Seymour Hersh, Kathryn Bigelow and the problem with "Zero Dark Thirty": "We're getting the myth of history before getting the actual history"

Will we learn our lesson about learning history from Hollywood? 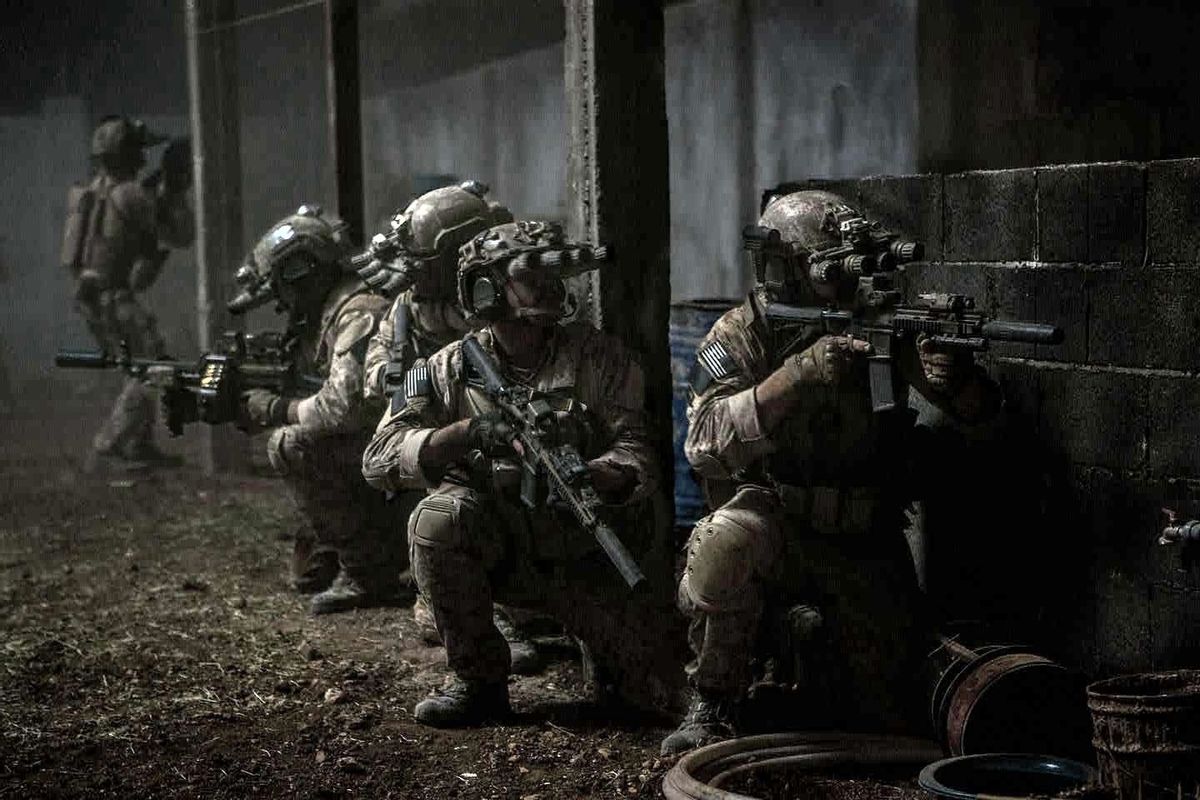 A few years ago, in the run-up to the Academy Awards, the movie “Zero Dark Thirty” became controversial, perhaps notorious, for its stance on torture. The political right – and loyalists of George W. Bush -- was upset that the movie showed U.S. forces torturing Middle Easterners for the sake of intelligence in the hunt for Osama bin Laden. The political left and civil libertarians were upset at the movie’s suggestion that the torture actually led us to the chieftain’s lair, that the end was justified by dishonorable means.

The movie is now back in the crosshairs in a way that may make the previous debate look parochial. With Seymour Hersh’s revelations about the killing of bin Laden – his assertion that the Pakistanis and Saudis held a disabled bin Laden, who was sold out by a bribe, and the U.S. basically walked in and shredded an invalid into mincemeat, tossing fragments of his corpse from the helicopter on the way out – we clearly need to rethink that movie. But how?

The film’s director, Kathryn Bigelow, is not much help — she has not publicly commented on the Hersh piece and refused an offer for comment from Salon. The question remains: Was one of the sharpest, most serious American directors — who helmed the justly decorated “Hurt Locker” — punked by official sources?

To be clear: Many people, across the political spectrum, have challenged Hersh’s reporting, which is sourced in a significantly thinner way than his legendary stories like the My Lai massacre or his more recent New Yorker pieces. (Hersh’s 10,000 word-plus story “The Killing of Osama bin Laden” went up on the London Review of Books.) Even people who distrust the official heroic tale told by the U.S. government, and the more famous, if unofficial one told by the filmmakers, have their doubts about the story. No matter who is right, it could easily take us years to know for sure. For what it’s worth, NBC has just confirmed one of his major claims.

But even if only parts of the Hersh piece are right, his work probably diminishes the Bigelow film as well as the government’s handling of the whole thing. And almost as broadly, the current uncertainty shows the limitations of fictionalizing recent history – especially in the form of Hollywood feature film.

Most disturbing, says longtime film critic and author J. Hoberman, is the idea that the CIA planted the idea of the daring raid that the film recounts — sending it into Bigelow’s movie and hence into the world’s conscious and unconscious minds. It makes “Zero Dark Thirty” – a celebrated film made by a major director – as dodgy as the made-for-TV “DC 9/11: Time of Crisis,” seen by many as cartoonish: “It reminded me of a Stalinist film from the ‘30s. It was manipulating the public perception of what happened.” Is Bigelow’s film that bad? Probably not, Hoberman says, but “it may make the CIA seem smarter than they really are.”

If the Hersh story is solid, and Bigelow’s film is compromised, “It’s worth revisiting the movie that was the big winner that year, ‘Argo,’ because that made the CIA look great. And, in its way, ‘Homeland’ does too.” This could signal a new era of the agency’s involvement in film and television. “Certainly the Pentagon has been involved in a lot of movies, but it’s usually a lot less subtle.”

The troubling nature of Maya’s tale – independent of debates over torture -- has been discussed before, and the Hersh story underlines the argument. “‘Zero Dark Thirty’ represents a new genre of embedded filmmaking that is the problematic offspring of the worrisome endeavor known as embedded journalism,” Peter Maas wrote in the Atlantic in 2012, in a story that resonates more loudly today. “If journalists had received the same access as Boal and Bigelow, I would be a bit less troubled. But as it stands, we're getting the myth of history before getting the actual history.”

Whatever happened the night bin Laden was killed, “Zero Dark Thirty” had a built-in problem, says longtime film scholar David Sterritt. “The idea that Kathryn Bigelow has of doing ‘journalistic cinema’ – using night-vision cameras to make it as real as you can get – reminds me of the line, almost a cliché, that journalism is the rough draft of history. But one of the major differences between journalism and film is that journalism can be adapted, especially in the age of the Internet. You can incorporate complexities, as a story evolves.” But even in the age of director’s cuts and streaming, “What most people will encounter is the movie as you first made it. So that movie now is passé. What is going on now is separate from the film. She’s really smart, but it’s a limitation of what she thinks she’s doing. The movie is irrelevant now.”

It doesn’t always work like this. “When movies about immediate, urgent public issues get into a larger context, a psychological truth, then the movie will last forever, like the greatest of World War II movies,” he says. “Hurt Locker” manages to do that; “Zero Dark Thirty” remains a re-creation and docudrama that fades as its scaffolding of facts are called into question.

Movies – whether biopics or film about historical events – have built-in weaknesses, says Middle Eastern historian James Gelvin of UCLA. “American movies are very rigid in their form,” usually turning on the resolution of a simple conflict. “It’s a three-act thing. You cannot narrativize a topic without doing violence to it.” Whether leaving strands out because they don’t lead anywhere, emphasizing others for dramatic effect, or changing focus for the sake of an aesthetic payoff, it’s impossible to get it exactly right.

There are special problems, he says, with “Zero Dark Thirty,” especially its playing out of the scenario that torture helped us find bin Laden. “Fundamentally, the director and screenwriter [journalist Mark Boal] came down on one side of a highly complex, highly contentious issue — to turn out something millions of people would see. Is this the impression you want to leave them with? The biggest defense of Bigelow’s film is that she’s not Oliver Stone.”

Movies about real events always have to fend off challenges from fact-checkers. “I always tell students and others, never go to the movies to learn about history," Sterritt says. They tell us about the time in which they were made, not the era they portray.

“Movies are going to take poetic license,” the way any art form does, says Hoberman. “But we expect more from film because of its connection to photography.”

Says UCLA’s Gelvin, a longtime admirer of Hersh who has his doubts about the latest piece: “I think ultimately we’re going to end up with a ‘Rashomon’ on this one.’"