"We've got to get control" 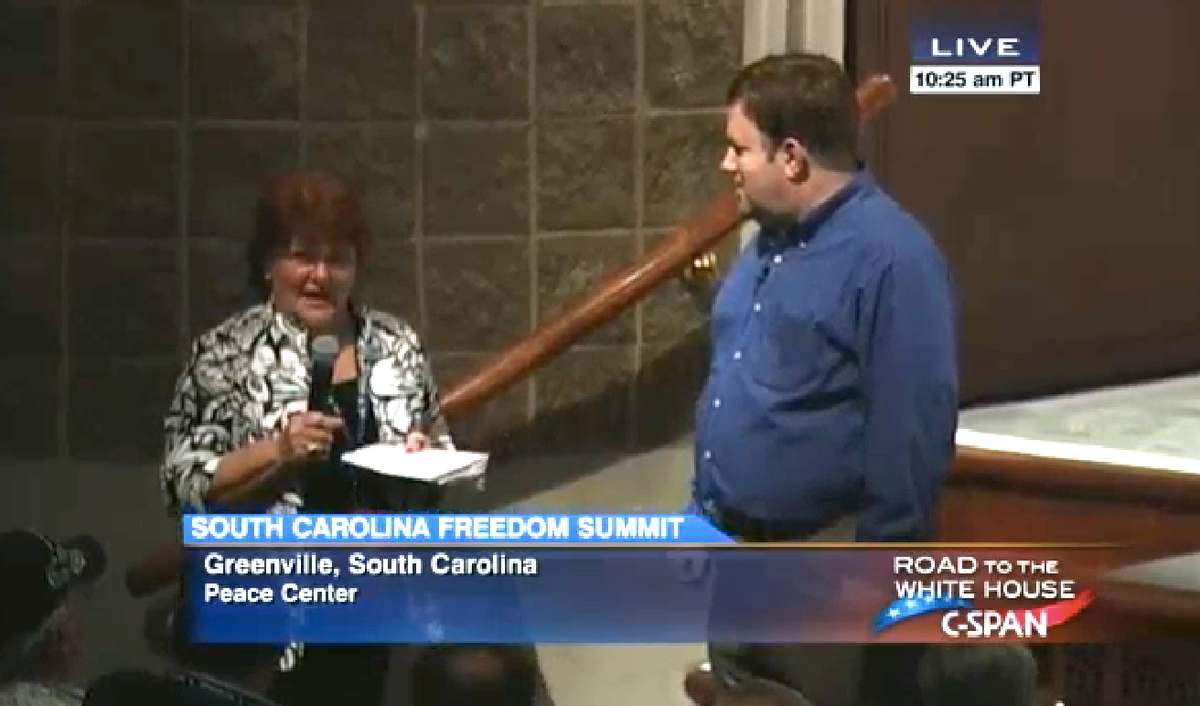 At a talk at the South Carolina Freedom Summit, a woman (who is reportedly the mother-in-law of Citizens United president David Bossie) called immigrants rats and roaches to the delight of a cheering audience.

"I want you to give advice to the 2016 candidates," said Republican pollster Frank Luntz, who was moderating the event. "What do they need to know?"

“One man, one vote," she said. "People are comin’ in this country across the borders like rats and roaches in the wood pile. We’ve got a state like Minnesota that says it’s not our business to check ‘em out, we just register ‘em. We’ve got to get control. That’s what they need to know.”

At that point, Luntz tried to take the microphone from her, but she continued:

"Years ago I might have been a Democrat, but I saw the problem and I went to the Republican Party, I didn't wait for them to come look for me. Why do these young people have to be solicited? We are all intelligent people. We need to be voting our convictions and choose a party."

Watch the video below, courtesy of C-SPAN:

And, because that clip was so unnecessarily nasty, here is a video of a macaque monkey who adopts stray kittens: