"They needed a woman, and a woman of color -- that's a twofer" 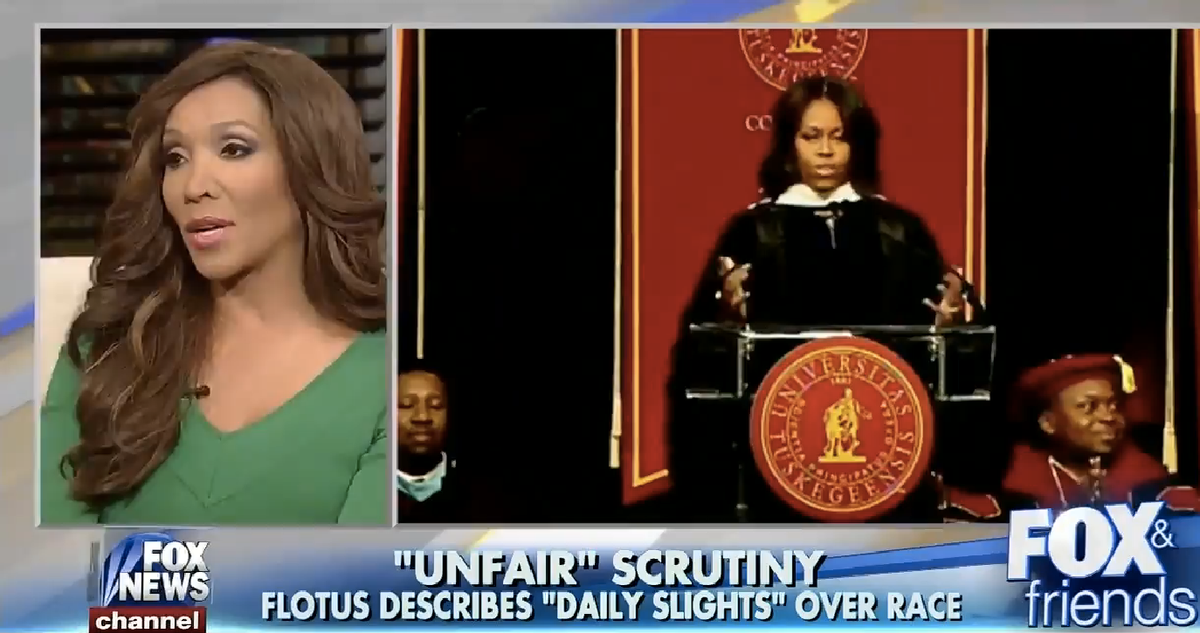 This past weekend, Michelle Obama gave the commencement address at Tuskegee University, a historically black college, during which she spoke about her experience in the first black family to ever hold the highest office in the country.

Conservatives would have preferred she either refrain from mentioning the fact that she is black altogether, or to say how hard she worked to overcome her blackness, or, according to Fox News contributor Angela McGlowan, to thank Affirmative Action for her high position.

On Tuesday morning's edition of "Fox & Friends," McGlowan, who is a woman of color herself, questioned why Obama had managed to achieve her level of success:

Did anyone's stomach just jump out of their throat and rage run down the hall?