How a six-month separation saved our marriage

I dated a few guys, slept with one woman — and found my way back to the man I married more than two decades ago 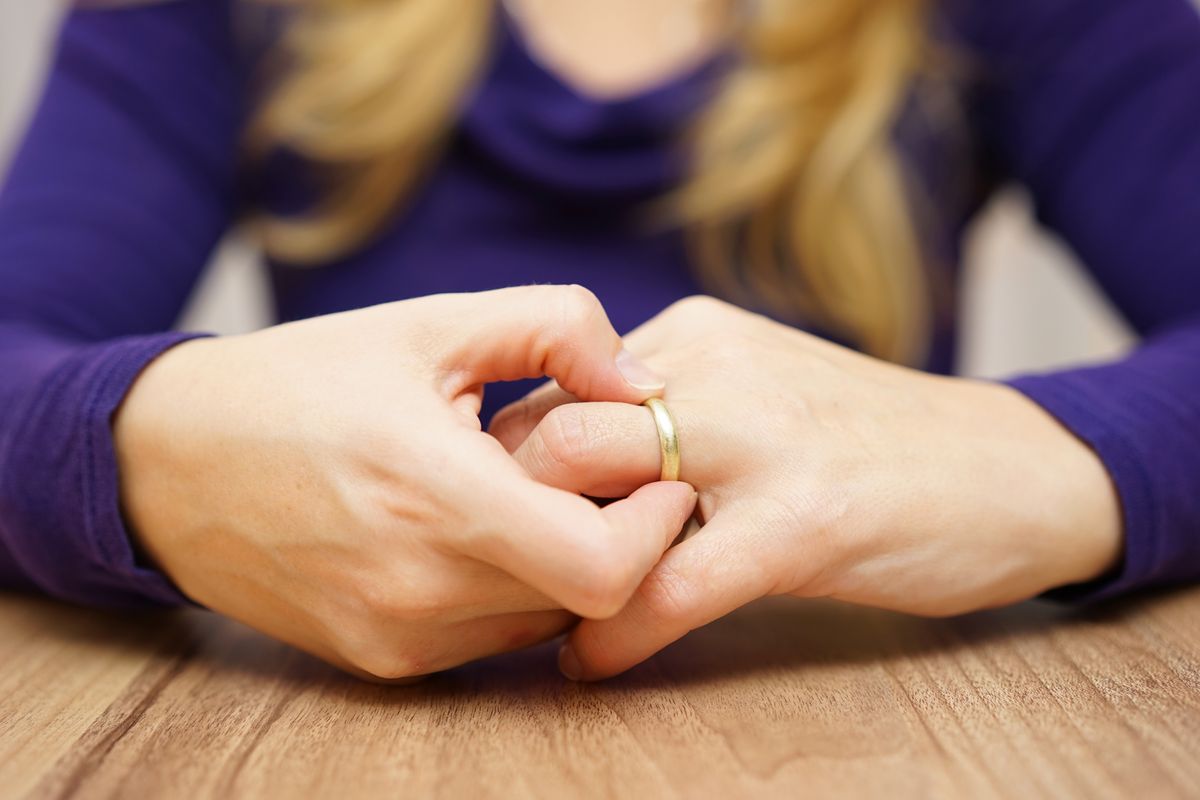 A few years ago, I took six months off from my marriage. It wasn’t really planned in advance, pondered for weeks of grave soul-searching and decisions, time spent contemplating how to share the news with friends and family members. It just worked out that way. My husband and I had been together since high school in the 80s; there are the poufy pink prom photos to prove it. We went to the same college, got married right after graduation, and went on to have four kids, the oldest now 21, the youngest 9.

It wasn’t really that I was unhappy in the initial decades of the marriage, but I wouldn’t have described myself as happy. I really didn’t feel very much of anything; it seemed simply like going through the motions. In many ways there had been an inadvertent trade: identity and career plans for motherhood, the settling for part-time freelance writing instead of the magazine editing career in New York complete with white cat and white shag area rug in a loft studio envisioned by a girl long ago.

But just like in a haunting “that’s the way I’ve always heard it should be” Carly Simon song, marriage and motherhood happened. We moved to a big Victorian house, the kind I’d fantasized about in my apartment complex upbringing. In the 1881 monster house, we had a second mortgage and an in-ground pool and on the surface, it appeared we had it all. Concerned about the pace of housing development in our community and needing a challenge, I ran for office and became the chief elected official in our small Maryland town, giving birth to our fourth child while in office.

Stressors came, as they do. In addition to the pressure of local politics and the fact that my husband traveled out of town nearly every week for work, two of our children were hospitalized at separate times with grave illnesses. The children of course came first; the health of the marriage was assumed. We sold a car to pay medical bills. We didn’t really do anything to keep our love alive save the rare trip to celebrate an anniversary where we sat around with tropical drinks and talked about the kids. We had lost the “us,” and we didn’t even realize it. The marriage went through the motions.

I had a hysterectomy, experienced complications like unrelenting migraines, and was forced to leave the regional magazine editor job I loved and had finally acquired when the kids were old enough. I went back to freelancing, starting a blog like seemingly every other mommy, hating it when people used the word “mommyblogger.” I took antidepressants, then stopped because I couldn’t write while I was on them.

I felt unattractive. I had gained weight over the course of having kids. I definitely didn’t think my husband thought I was sexy anymore. For some reason I decided I needed to feel sexy. I wrote about sex, doing freelance sex toy reviews, getting boudoir shots done. My husband and I drifted apart. We didn’t talk. I figured I was having a midlife crisis and on some level decided to let that experience wash over me, consume me so that somehow I could make it to the other half of my life with a brighter outlook. Something just had to change.

One day, almost completely out of the blue, I searched for a small place to rent on a nearby Chesapeake Bay island, deciding to finally write that novel I’d been wanting to write for years. I rented the place without having enough money in my checking account to pay the first month’s rent. I announced to my husband casually that I was going to spend a summer writing a novel. He was normally gone Monday-Thursday, and for the first time I’d be leaving town too, from Friday-Sunday. I went to an attorney and had separation paperwork drawn up. It’s called a “nesting arrangement,” where the kids stay in their home and the parents take turns with custody. We explained to the kids that mom would be working on a book on weekends when dad was home. The teenagers knew the truth, the younger kids didn’t grasp it fully — but as long as either mom or dad was home taking care of them, they seemed OK. We reluctantly told family members about the separation, though we were vague about details; my working on the book was a helpful excuse.

And so began my brief but significant journey as a single woman. I lost 50 pounds. I dated a few men, I slept with a woman. I determined I had probably always been bisexual, I’d just never had a chance to explore that side of myself. I went back home every Sunday night so I could be there when my estranged husband flew out the next morning, and he and I (despite the restrictions of the legal paperwork) physically reconnected. Maybe we clung to making love because it was something safe that we’d always known all our lives; we were very hesitant to let that buoy go even in the stormy waters our marriage had become.

I will never forget my tiny one-bedroom apartment over a garage overlooking the ever-moving waters of the Chesapeake Bay. Those were the first four walls I’d ever lived in on my own. I’d gone from college roommates to marriage and never lived alone. I learned to start and use a gas grill while I was there. As a 43-year-old woman, I realized with horror that I’d never started a grill on my own before. I hadn’t needed to. I only used it once or twice since I was completely broke. All my income from writing part time went to pay the rent. I ate Slim Jims (which were three for a dollar at the country store) and worked on the novel.

I had a lot of time to think at that small place. I rode a bike everywhere, searched for sea glass on the island’s few remaining shores. One day, I found a piece of a red floral patterned pottery plate, tumbled by the tides over time, and every time I returned to that small beach, I found another small shard of that same pattern. I was picking up the pieces, trying to find a way to restore the whole.

My husband and I started talking on the one day a week we saw each other. In the absence of the day-to-day pressures of a marriage, we found common ground. He had begun a relationship with a woman. I was surprised to find myself jealous of her given my own sexual exploits.  We spoke with sadness about the failings of our marriage, the desire we both had to have worked harder to make communication successful. We began couples therapy. We kept connecting on Sundays, and in those Sundays we found that the flame of our marriage had not totally burned out, that the spark we had felt all those decades ago as teenagers was still there. Was it possible it could be reignited?

The holidays came and we talked about how to handle Thanksgiving and Christmas and travel and kids. We spent Thanksgiving apart but there was something about Christmas coming that made us wonder if this was really it, if we were really going to be apart on Christmas morning. How would we do that? We’d had family Christmas mornings for over 20 years. I finished the novel on December 15th, and the same day ended the lease on the small apartment. I had tried to call the tiny apartment home, but knew that my real home was with my family.

I was nervous about going back to the house that day. Our marriage was still on shaky ground. I didn’t know what to expect. But somehow it was not awkward. He hugged me, handed me a martini. He’d made a lobster dinner to celebrate my completion of the novel. He welcomed me home with open arms, and I felt overwhelmingly guilty. How could I have risked this marriage, wounded my husband in such a dramatic way, endangered my children’s emotional well-being by not being there seven days a week? The feeling of guilt, fueled by years of Catholic upbringing, still haunts me. We eventually lost the house to foreclosure when it needed another $100,000 in repairs we couldn’t afford and I learned the important things are the people inside the house, not the things inside or the building itself.

I have no regrets. My marriage now is the one I always wanted. We have reached a level of intimacy we’d never found in a quarter century together. I’m happy. I don’t wonder whether there is some other happiness out there that is better than mine. The saying about “the grass isn’t greener on the other side of the fence, it’s greener where you water it” appears around pop culture these days and I nod my head. As my children age and we have discussions about the time their father and I were apart, I will do my best to explain to them that I needed some time to myself — to work, rest, to light a gas grill, find a place to breathe — and having done those things, I came back to them a better person: a better wife, a better mother. Selfish? Perhaps. Necessary? Definitely.

My “marriage sabbatical” could easily be written off as a mid-life crisis, and probably has all the trappings of such. It certainly didn’t seem that simple at the time. I can’t imagine the track my life would have taken if I had just continued going through the motions, doing the things society expects of us, that we expect of ourselves.