Last week, Kimmel announced he'd be running a repeat episode during the Letterman finale. Seinfeld says "so what" 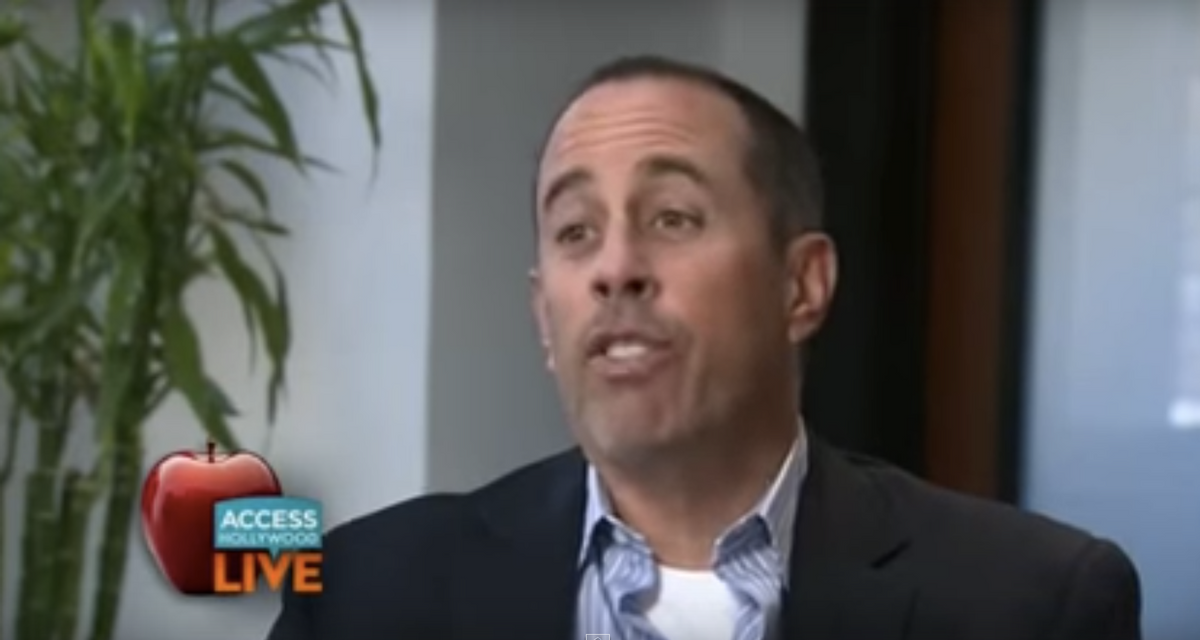 Last week, The New York Times reported that Jimmy Kimmel would, as a show of respect, become the first of David Letterman's rival broadcasters to air a repeat episode the night of his final episode.

“I have too much respect for Dave to do anything that would distract viewers from watching his final show,” Kimmel told The Times. “Plus, I’ll probably be crying all day, which makes it hard to work.”

Kimmel was praised left and right following this act of gentlemanliness -- but Jerry Seinfeld wasn't so quick to jump aboard the praise-train.

He joined Access Hollywood for an exclusive interview with Billy Bush Monday, in which he confessed he was not "moved" at all by the whole thing. “He loves Dave so much. We get it. We understand,” he said.

Seinfeld went on to suggest a more appropriate salute for the occasion -- something in the vein of  what he got from TV Land during the 1998 series finale of "Seinfeld."

As of last week, Conan O’Brien, Letterman's NBC successor, had no plans to air a repeat episode on May 20. The Times noted, however, that both Comedy Central's Jon Stewart and Larry Wilmore were already slated for a repeat week.