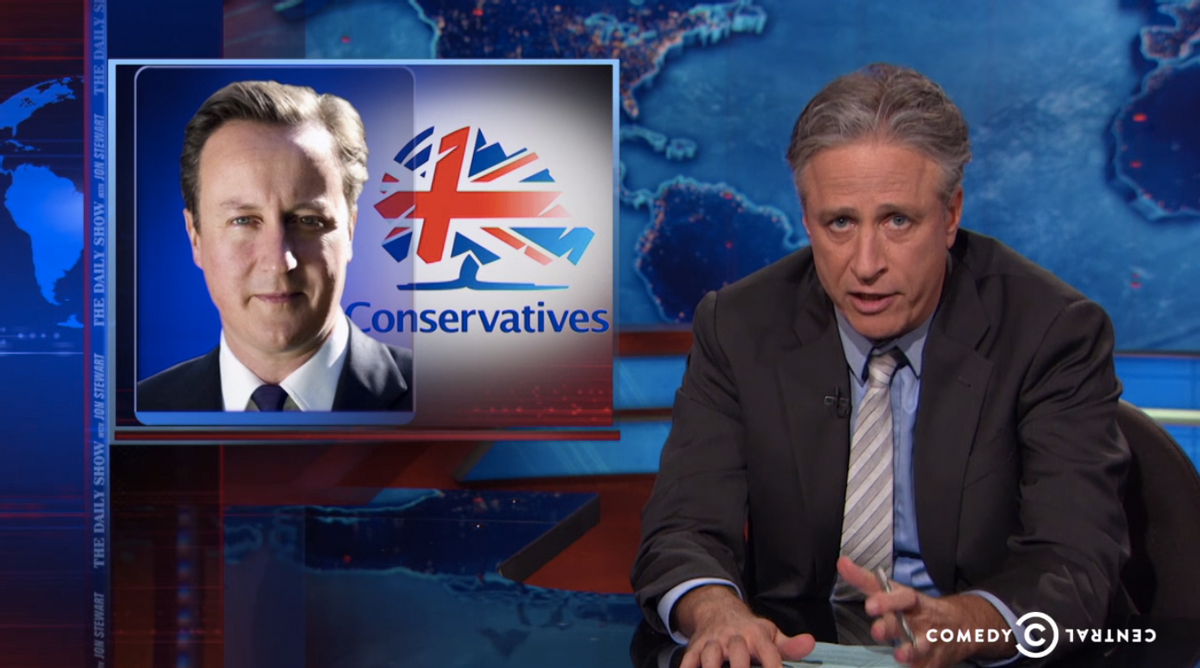 Creepy Madame Tussauds vote-tally holograms of candidates, unrealistically polite virtual Parliaments that double as the worst Sims expansion packs ever? -- maybe we're not so different from the UK after all.

To better understand last week's elections in Great Britain, and its newest Conservative Prime Minister David Cameron, Jon Stewart resorted to scanning through some UK media clips on Monday night's "Daily Show." Stewart was startled to learn that the UK had contracted a "devastating case of 'CNN-itis.'"

“It’s when a news organization spends a great deal of time creating visuals and set pieces, which have no discernible purpose and shed no perceptible light and actually distract you from what it was they were trying to find out,” Stewart explained.

OK, but surely no one can "out-CNN" CNN. Right?

Reminding everyone that the network remains in a league of its own, Stewart rolled a clip of CNN’s Richard Quest, who decided to flat-out ignore a correspondent's question about Great Britain leaving the EU so he could point out the "million dollar shot" of the London Eye.

"Camerota asked you a real question and you point to a fuckin' ferris wheel!" Stewart said. "That's what a six-year-old does!"