It's a major -- albeit little-known -- piece of talk show history 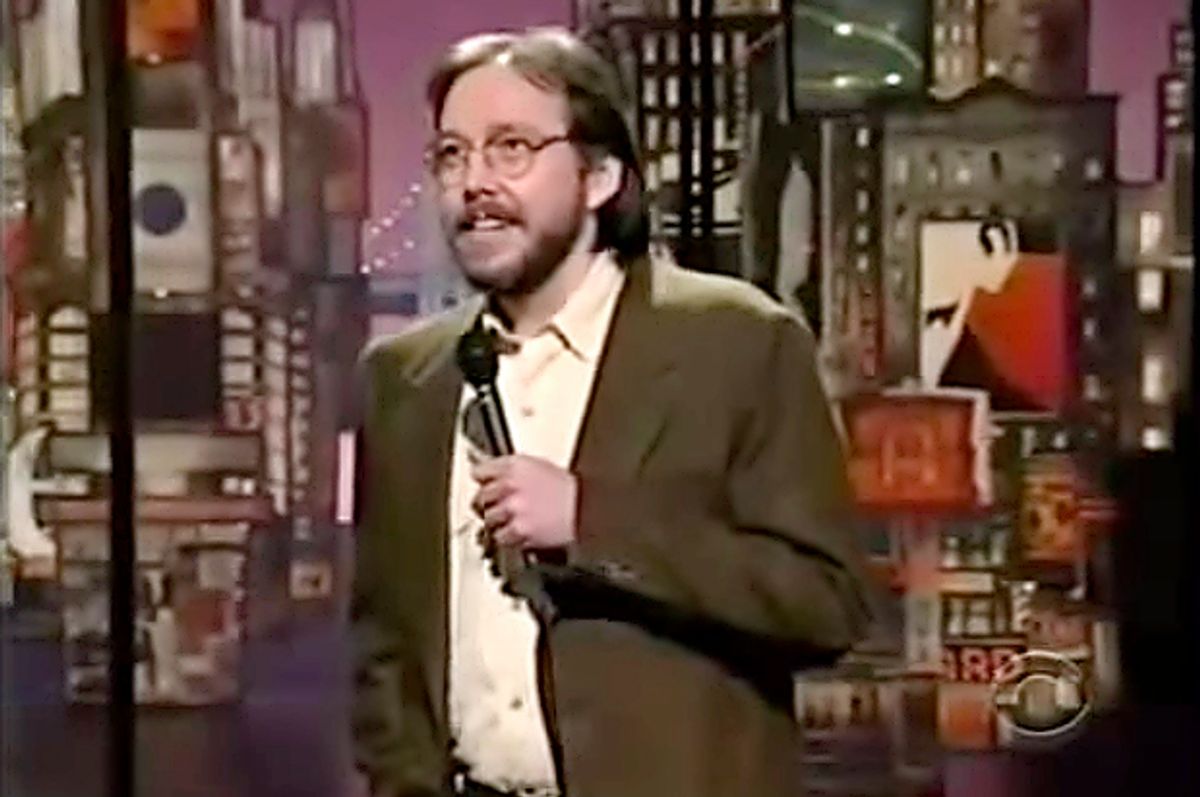 As David Letterman prepares to host his final show on May 20th, we are taking the time to reflect on essential moments from his thirty-plus years on air, from his flirtations with guests to his nastiest feuds. And today, we turn to a notable but lesser-known bit of late night lore: The famous ‘lost’ Bill Hicks routine.

In October 1993, comedian Bill Hicks became the first comedian to be censored from "The Late Show With David Letterman," after CBS deemed his six-minute stand-up set too risqué (later, Letterman would take full responsibility for the ban). The 'lost' set instantly became legendary and was a boon for Hicks’ career, resulting in “more attention than my other eleven appearances on Letterman times one hundred,” according to Hicks, as well as a famous New Yorker profile by John Lahr, which included excerpts from a heated 39-page letter Hicks wrote about the routine and its banning.

Lahr's piece beautifully summed up Hicks' fearless, take-no-prisoners brand of comedy, lauding him for exactly that which made him unpalatable to CBS. As Hicks is quoted saying in the piece: “The comic is a flame—like Shiva the Destroyer, toppling idols no matter what they are. He keeps cutting everything back to the moment.” Yet in hindsight, the whole Hicks/Letterman saga is shot through with tragedy; unbeknownst to Letterman, Hicks had been diagnosed with terminal cancer prior to the appearance, and passed away four months later at the age of 32.

As Lahr wrote later: “I didn’t know at the time Hicks wrote me that he was dying of pancreatic cancer—he told nobody—and had only a few months to live. But those last months were lived with the sure knowledge that the message in a bottle of his comedy had been received by the culture that up to then had resisted him.”

In 2009, Letterman aired an episode dedicated to the late comic, in which he invited Hicks' mother Mary on the show and apologized to her directly for not airing the set. He also finally aired the censored routine, which holds up remarkably well; it is bitingly funny and relentlessly dark, slamming everyone from Marky Mark and Billy Ray Cyrus to pro-lifers and Christians. “A lot of Christians wear crosses around their necks," Hicks riffed, famously. "Do you think if Jesus comes back he ever wants to see a fucking cross? It’s kind of like going up to Jackie Onassis wearing a sniper-rifle pendant. 'Hey Jackie, just thinking of John. We loved him.'"

The 2009 show was interesting not just for what it revealed about Hicks, but also for what it said about Letterman. “Seeing it now, it raises the question, what was the matter with me, what was I thinking?" Letterman mused to Mary Hicks. "It says more about me as a guy than it says about Bill.” As Steven Korn explained over at Entertainment Weekly, things were very different back in 1993 than they were in 2009 — Letterman had just lost “The Tonight Show” to Jay Leno and was in the midst of a heated ratings war, clearly uncertain whether his so-called “edgier” brand would be a success on CBS. The ban was a reflection of Letterman's mind-set at the time. As Korn says:

“It’s interesting to see Letterman’s perspective shift from one of a younger, competitive host wanting to win a ratings war, to a more human attempt to tell a mom who seems still to feel stung by how the rejection affected her critically ill son (a fact Letterman makes clear was not known by the show at the time) that his work deserved better and to at least publicly acknowledge a lingering regret that a decision made in the heat of one moment looks unnecessarily harsh with the passage of time. What happened then can’t be undone, but give Letterman points for trying to wrestle with it all these years on, and letting us watch."

Check out the iconic set below: