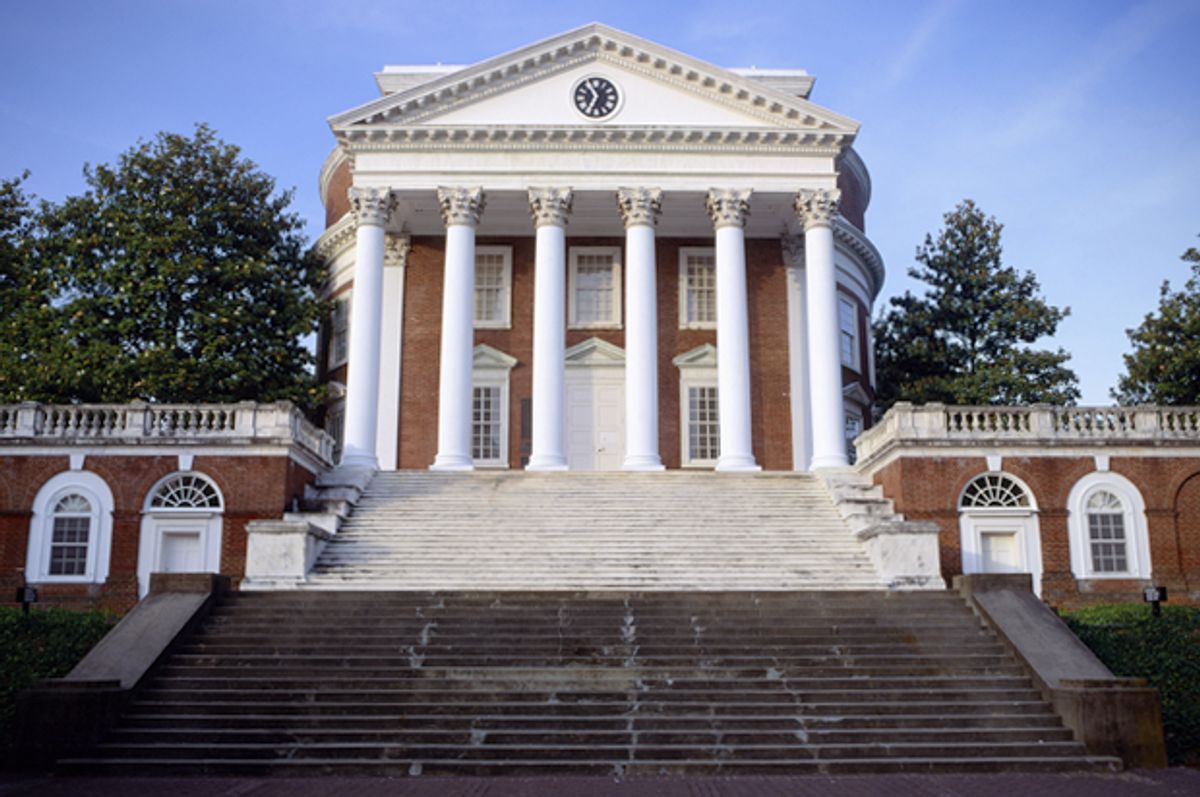 After issuing a fiery letter addressed to Rolling Stone publisher Jann Wenner last month, the associate dean of the University of Virginia is moving forward with plans to sue the magazine for defamation over its controversial, now-retracted campus rape story.

Nicole Eramo, who claims she was portrayed as the "chief villain" of Sabrina Rubin Erdely's discredited report, "A Rape On Campus," is seeking $7.85 million in damages from Wenner Media, Rolling Stone and the writer herself, for its depiction of her role in handling sexual assault claims and the university's response.

The lawsuit alleges that Rolling Stone's "purpose in publishing the article was to weave a narrative that depicted the University of Virginia (UVA) as an institution that is indifferent to rape on campus, and more concerned with protecting its reputation than with assisting victims of sexual assault." Eramo is challenging Erdely's characterization of her as "indifferent" to victims of sexual assault, and claims she worked "immediately" to assist the woman identified as Jackie, whose unsubstantiated account of being gang raped anchored the article.

The complaint lists a series of Rolling Stone's alleged abuses (via Washington Post):

To personify the University’s alleged institutional indifference to rape, Erdely and Rolling Stone cast Dean Eramo, who met with and counseled Jackie, as the chief villain of the story. Erdely and Rolling Stone claimed – both in the article and in a slew of media appearances and interviews designed to increase publicity for the article – that Dean Eramo intentionally tried to coddle Jackie to persuade her not to report her rape; that she was indifferent to Jackie’s allegations; that she discouraged Jackie from sharing her story with others; that she “abuse[d]” Jackie; that she did “nothing” in response to Jackie’s allegations; that she claimed that UV A withholds rape statistics “because nobody wants to send their daughter to the rape school”; that she did not report Jackie’s alleged assault to the police; that she “brushed off’ Jackie; and that she actively sought to “suppress” Jackie’s supposed gang rape.

Eramo's suit also claims she sought a direct apology from Rolling Stone for damage to her reputation when the article's integrity was initially called into question in December. But, the dean says, the magazine "responded by letter through its attorneys, insisting that the article was 'well sourced and fact-checked'" before retracting the piece entirely on April 5. A subsequent investigation by the Columbia University journalism school found glaring oversights in both reporting and fact-checking, which the magazine later acknowledged.

Before retracting the story, however, Erdely made several media appearances in which she stood by her portrayal of Eramo and UVA, claiming the administration "did nothing" in response to Jackie's accusations. As a result, Eramo is suing Erdely and the magazine on multiple counts of defamation, in addition to the alleged defamation contained within "A Rape On Campus." There will, without a doubt, be more to come as the lawsuit moves forward.