"The hypocrisy is quite apparent": A Satanist tells Salon about the group's fight for reproductive -- and religious -- freedom 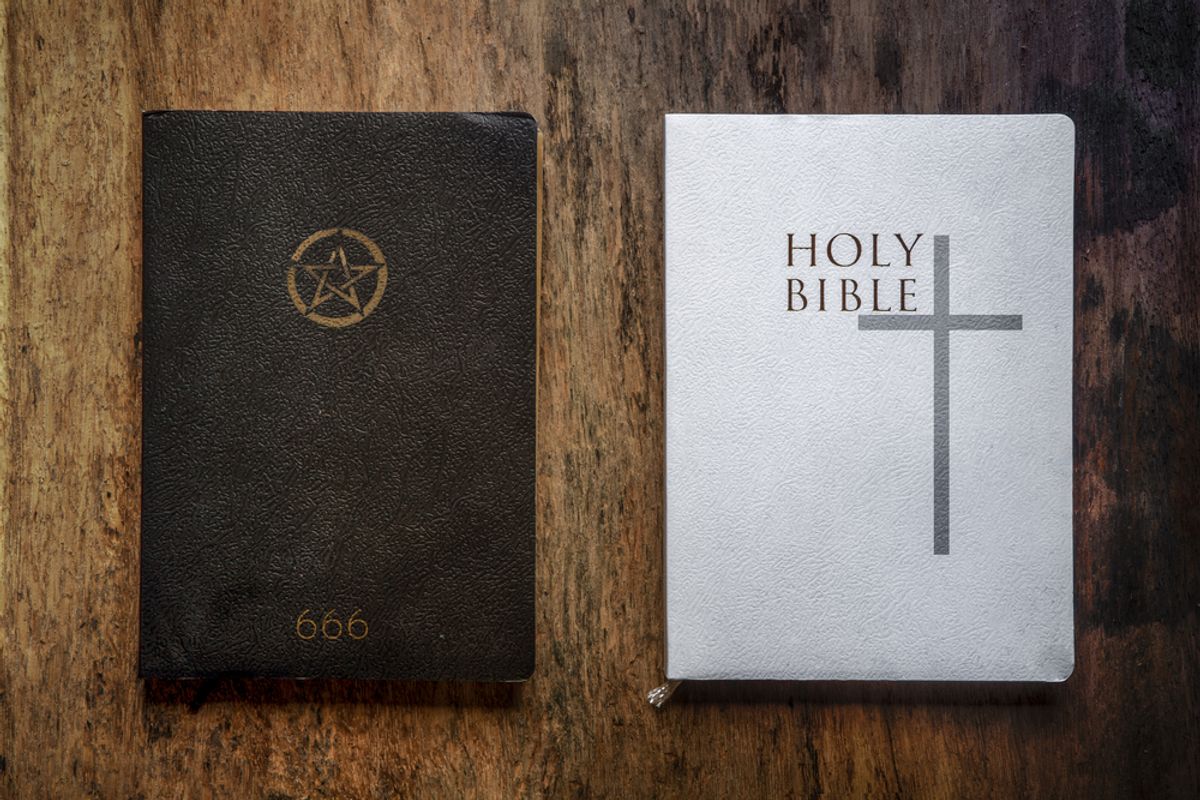 The Satanic Temple cemented its spot as an important, if unlikely, leader in the fight against state-level abortion restrictions this week, when it filed a lawsuit over Missouri’s 72-hour abortion waiting period and “informed consent” law. Satanists claim the requirements have limited abortion access for a TST member identified as Mary, who sought an exemption to the waiting period on religious grounds, but was rejected by Planned Parenthood of St. Louis in compliance with state law.

But, according to the rather nuanced argument TST plans to put forth in court, Missouri’s abortion law could conflict with its Religious Freedom Restoration Act, under which Mary attempted to avoid the waiting period and pregnancy termination counseling. Satanic Temple spokesperson Lucien Greaves broke down the legal battle for Salon by phone this week, and explained how Satanists plan to move the fight against antiabortion laws -- and the fight for true religious freedom, for all sects -- forward. Our conversation has been condensed and lightly edited for clarity.

Can you explain the situation with the Missouri case, and on what grounds you’re challenging the the waiting period?

The exemption against the 72-hour waiting period is tied in, inextricably, with our objection to the informed consent materials. In fact, when we first started considering offering objections or religion exemptions against antiabortion legislation, we had only drawn up a letter against the informed consent materials that we knew about. Those exemptions are on the grounds that most of the materials are not scientifically legitimate and serve no medical purpose; they seem like a flagrant, obvious attempt to dissuade women from abortion or give them severe guilt about the entire process and procedure.

The justification for the 72-hour waiting period, or the 24-hour waiting periods in other places, aren’t medical either, but to give women time to digest and comprehend this antiabortion material that’s been forced upon them, which is really state propaganda. In our tenets, we hold that one should make their decisions based on the best scientific evidence available and that women’s bodies -- anyone’s bodies -- are subject to one’s own will alone. On those grounds, we feel that compulsory, state-mandated propaganda material that isn’t scientifically based, that is meant to coerce your decision, is against our religion. So with the exemption of the informed consent material, we feel that we rendered the 72-hour waiting period null and void. She doesn’t need time to consider this illegitimate material as it is.

TST is essentially arguing that while Planned Parenthood might have had to deny Mary’s exemption in order to comply with state law, there’s another state law that should grant this exemption, correct?

Right. In very recent times, we’re finding more and more exemptions and privileges being granted under the Religious Freedom Restoration Act. So we do get this argument from people sometimes, claiming that our argument really doesn’t hold any teeth because the undue burden has been argued before when it comes to waiting periods. It hasn’t been argued on religious grounds before, and what we’re really seeing is an expansion of religious rights. There’s no reason why we can’t be the beneficiaries of that as well. We’re finding more robust deference to religious standing now, and that’s definitely something we’re leveraging here and that’s something we’re testing out. This is entirely a new kind of case, despite what people say about precedent cases. This hasn’t been tested before and it’s really going to help define the limits of the Religious Freedom Restoration Act. Either way this goes, there might be a positive outcome. Of course, we would like to see our exemption respected, but if it’s not, and the law is broadly and evenly applied, then maybe that will lay to rest some of the general fears about RFRA as it expands.

What do you see as some of the potential outcomes of the case? I feel there’s a potential for hypocrisy and not applying the religious freedom law to this claim, or maybe the waiting period will be overturned in favor of your religious liberties. What outcome do you seek?

You’re right in that there could be a completely hypocritical outcome, which it’s obviously just an outrage to everybody and it shows that we’re clearly being discriminated against. Or it could go the other way, we really just can’t say. But it’s certainly worth fighting. I think what really opened the door for us in a lot of ways was the Hobby Lobby decision. That’s when you saw a lot more possible through RFRA that people didn’t really quite consider before. When Hobby Lobby was able to make the argument that certain pharmaceuticals were abortifacients when in fact they were not, but they were able to argue that they believe they are, and therefore they’re able to act on those beliefs in any way they see fit -- that really prevented us from having to present the argument in court that the informed consent materials are scientifically illegitimate and medically invalid anyway.

Because you can just say you believe that they’re invalid?

Right, it’s enough that we believe it so. It so happens that the science and literature and empirical data is on our side, but that’s not even something we’re obligated to prove at this point. I feel like now we come into court in a much stronger position because of these very recent rulings. So when we do see this kind of criticism based on precedents from the past, I feel like it’s a bit off course.

If the right to an exemption were to be denied and the waiting period upheld, how much further is TST willing to pursue this? What is the next step after that?

We’ll appeal and fight it to the best of our ability as far as we possibly can. One problem we’re dealing with is that we did not manage to secure pro bono representation.

I don’t know. We generated some interest with an ACLU lawyer who said he was looking over the materials. He didn’t agree to take the case and didn’t send us a retainer agreement, but he seemed very enthusiastic on taking this up. Then the following week, after the weekend he was going to look it over, the claim we got from the office every time we tried to call was that he was on a conference call and we’ve never heard back from him since. But the fact of the matter is we have to pay our legal counsel, so we started an IndieGoGo campaign to try and round up legal funds. So we’ll do our best to pursue this all the way to the very end.

Have you seen any other potential challenges in other states? Would you all be willing to challenge informed consent laws somewhere such as, say, Texas, which also has a waiting period?

We’re confined to whatever test case comes up, and we’re certainly not encouraging people to get abortions. We see some of these propaganda sites, some of the conservative, religious sites, and they’re implying just that -- that we prefer abortion over live birth, that we hold it sacred and that to us it’s about glorifying abortion rather than personal reproductive rights. We can only wait and see if somebody tries to take up our exemption form in another state.

Do you see there being any potential for a response on the part of the state legislature, in Missouri or elsewhere, to push a measure that prevents a religious exemption for abortion specifically?

I definitely do foresee that as a possibility. I foresee the possibility of proposed amendments to state RFRA laws that will specify that it doesn't apply to abortion for either specified or completely unspecified reasons. But whether those kind of amendments manage to pass or not, I think the thing is to simply test RFRA in other ways. I’m hoping other people have deeply held beliefs and values that don’t necessarily comport with those of the people who are most pushing for RFRA to be in place; those should be exercised, too. I think that then, if lawmakers are passing amendment after amendment to simply cut everybody else out and make it that clear that they’re really looking to leverage RFRA only to their own tribal benefit, then something’s gotta give and something needs to change. Right now, the hypocrisy is quite apparent enough. But I think when it’s spelled out that clearly, nobody can pretend anymore that some of our public office holders have any respect at all for the constitution and the general principle of plurality.