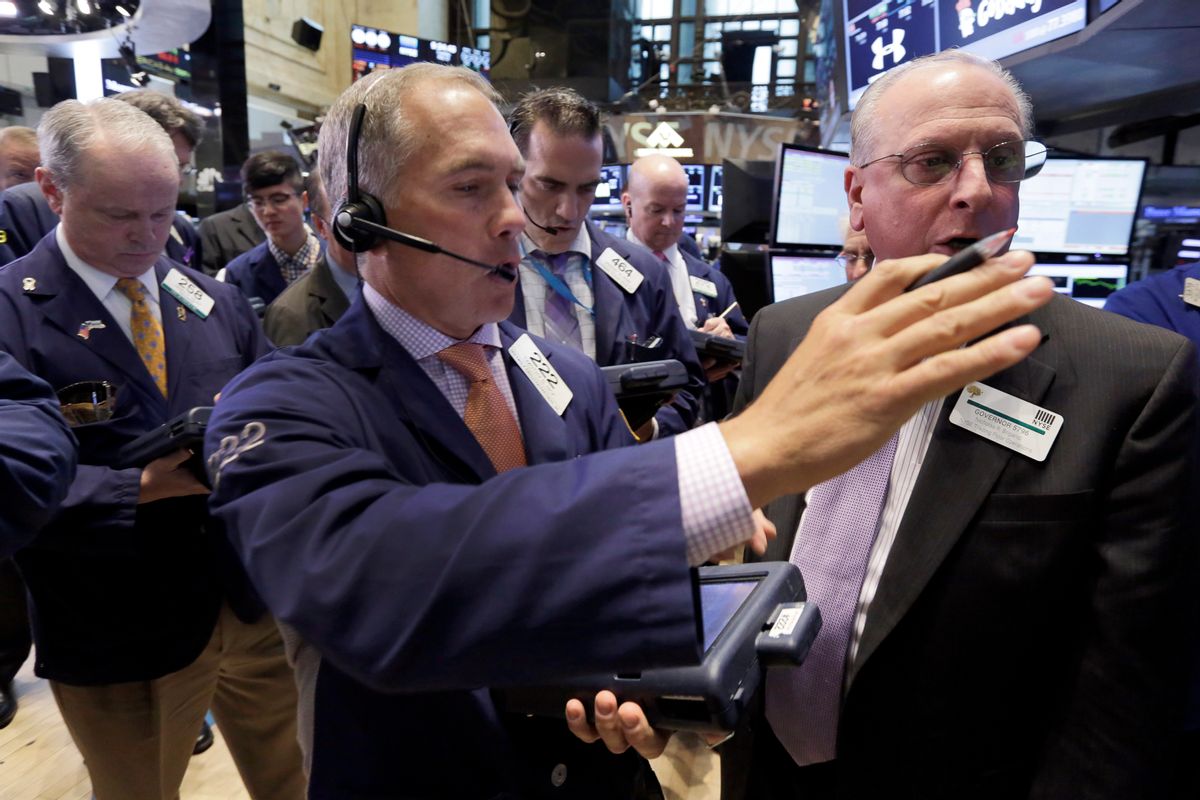 NEW YORK (AP) — U.S. stocks are edging lower in midday trading after recouping much of an early slump.

A global slide in bond prices is getting investors worried that borrowing costs could rise.

AOL soared 19 percent after Verizon said it would buy the company. Gap sank 4 percent after saying the strong dollar was hurting its revenue.