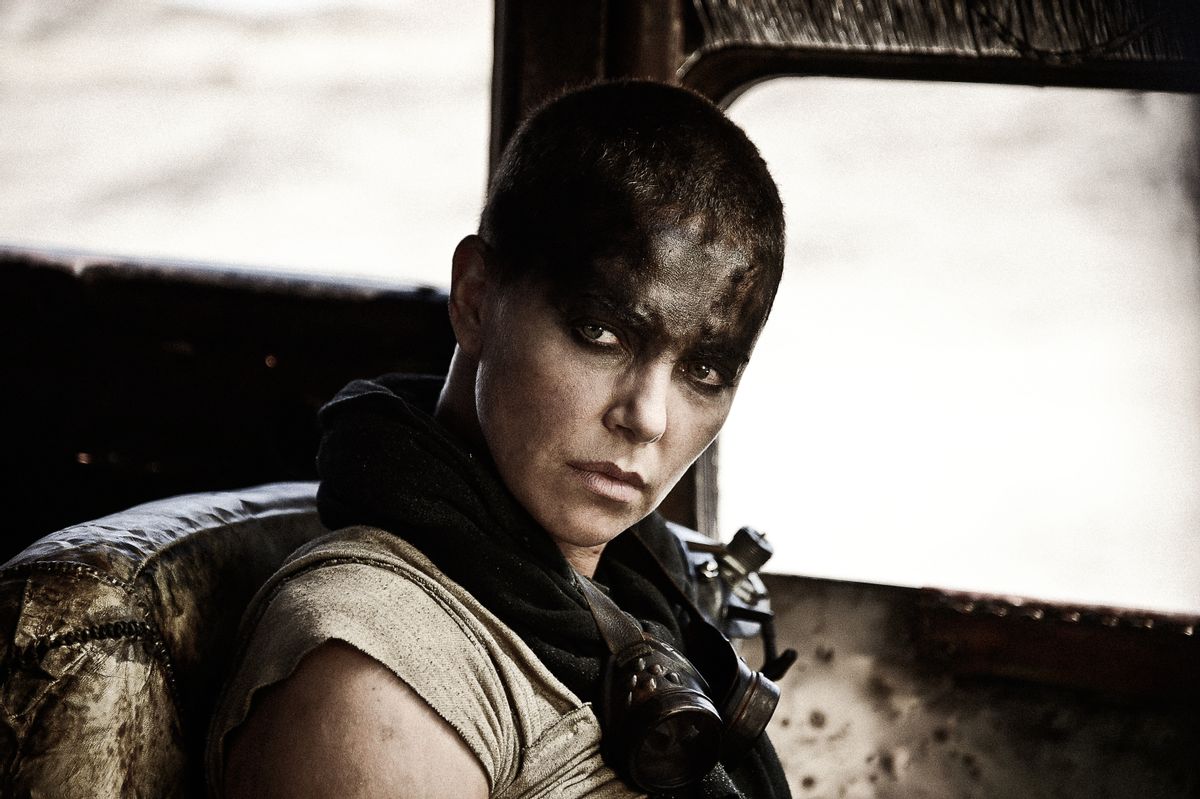 The already widely acclaimed "Mad Max" reboot has received glowing reviews not only for its incredible chase scenes, but for centering on the struggle of a group of female characters in a way that -- uh-oh -- might be construed as feminist. In a recent interview with Esquire, actress Rosie Huntington-Whiteley confirmed that famed "Vagina Monologues" playwright Eve Ensler had even been tapped as a consultant for "Mad Max: Fury Road," lending a bit of feminist credibility.

So, it should come as no surprise to anyone that men's rights activists are freaking out about the film.

We Hunted The Mammoth, the watchdog for MRA vitriol, caught up on the misogynist complaints being lodged at "Mad Max," which focus primarily on the inclusion of Charlize Theron as Furiosa, a character who manages to survive the apocalypse and assist a gang of runaway sex slaves despite being a woman. One of her worst offenses, according to MRA vlogger Aaron Clarey? "Charlize Theron’s character barked orders to Mad Max. Nobody barks orders to Mad Max."

For Clarey, the problem is not just "Mad Max" and its inclusion of women on set and on screen, but the entire Hollywood feminist propaganda machine:

The real issue is not whether feminism has infiltrated and co-opted Hollywood, ruining nearly every potentially-good action flick with a forced female character or an unnecessary romance sub-plot to eek out that extra 3 million in female attendees.

And the real issue is not whether Hollywood has the audacity to remove the name sake of a movie franchise called MAD FREAKING MAX, and replace it with an impossible female character in an effort to kowtow to feminism.

It’s whether men in America and around the world are going to be duped by explosions, fire tornadoes, and desert raiders into seeing what is guaranteed to be nothing more than feminist propaganda, while at the same time being insulted AND tricked into viewing a piece of American culture ruined and rewritten right in front of their very eyes.

Clearly, Clarey missed all those reports about the ACLU's investigation into Hollywood's notorious sexism, but I suppose that's neither here nor there given his preexisting inclinations. Unfortunately, plenty of MRA commenters seemed to agree with his assessment; the most up-voted comment might actually be more troubling than Clarey's original blog post.

"Women and feminists in general have without a doubt, proven that they are dysfunctional by nature and cannot be trusted with anything. And this movie helps to prove it," a user called "truth" writes. "Always maintain your masculinity."

You can read more selected comments, if you so choose, here.