Bill O’Reilly: America will fall like Rome if the secular “rap industry” has its way 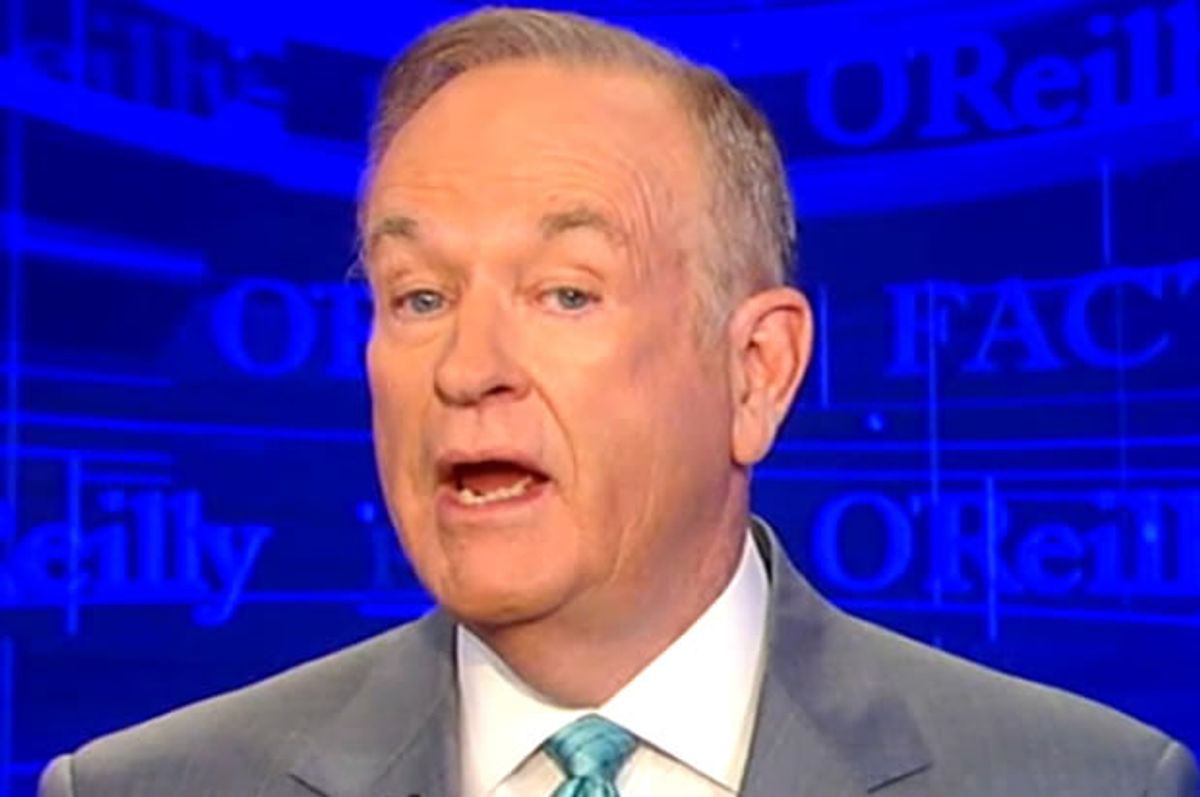 On Tuesday's edition of "The O'Reilly Factor," the eponymous host discussed a recent Pew study that stated that Christianity was on the decline in America -- and he blamed what he called "the rap industry" for accelerating this decline.

In 2007, 78.4 percent of Americans described themselves as Christian, whereas in 2014 only 70.6 percent of them do. And despite Fox News' own heated rhetoric, the number of people who self-identify as Muslim has risen dramatically -- from an alarming 0.4 percent of the population in 2007 to a scandalous 0.9 percent in 2014.

O'Reilly was more concerned, however, that the largest growing religion is those who rejected, with "unaffiliated" people rising 6.7 percent from 2007 until 2014, which to his eyes is clear evidence that "there's no question that people of faith are being marginalized by the secular media and pernicious entertainment" -- and by the latter he singles out "the rap industry," which "glorifies depraved behavior."

"The rap industry" is to blame for "the prevailing wisdom" among the increasingly atheistic and agnostic youth of America that "what is good for me is good, period -- the overall good be damned!" This trend is reflected, he claimed, in the movement to legalize marijuana. As "every student of history" knows, "when a nation turns inwards, towards the pursuit of individual gratification, the country is in trouble."

O'Reilly argued that the Roman empire fell when individual Romans stopped sacrificing themselves for "the good of the republic" -- although he presumably did not mean "sacrificing" literally, because he immediately complained that "the same thing is happening in America today, but it can be fixed if the American electorate wake up."

He claimed that Christianity's decline in America is the result of "poor leadership and corruption within the Catholic church" -- which is a strange claim to make, as 51 percent of American Christians are Protestant, whereas only 24 percent of them are Catholic. But O'Reilly is a Catholic, as well as an American, so it's unsurprisingly that he's mistaken himself for the rest of the country -- which he claimed the Founding Fathers never intended to be secular.

"That's clear from the writings of Thomas Jefferson and James Madison," he said, though he offered no specific citation.