David Brooks should stick to having a midlife crisis: Why he's clueless about "the center-right moment"

Eager for a theory of everything, the Timesman churns out a lazy, if sweeping, political analysis 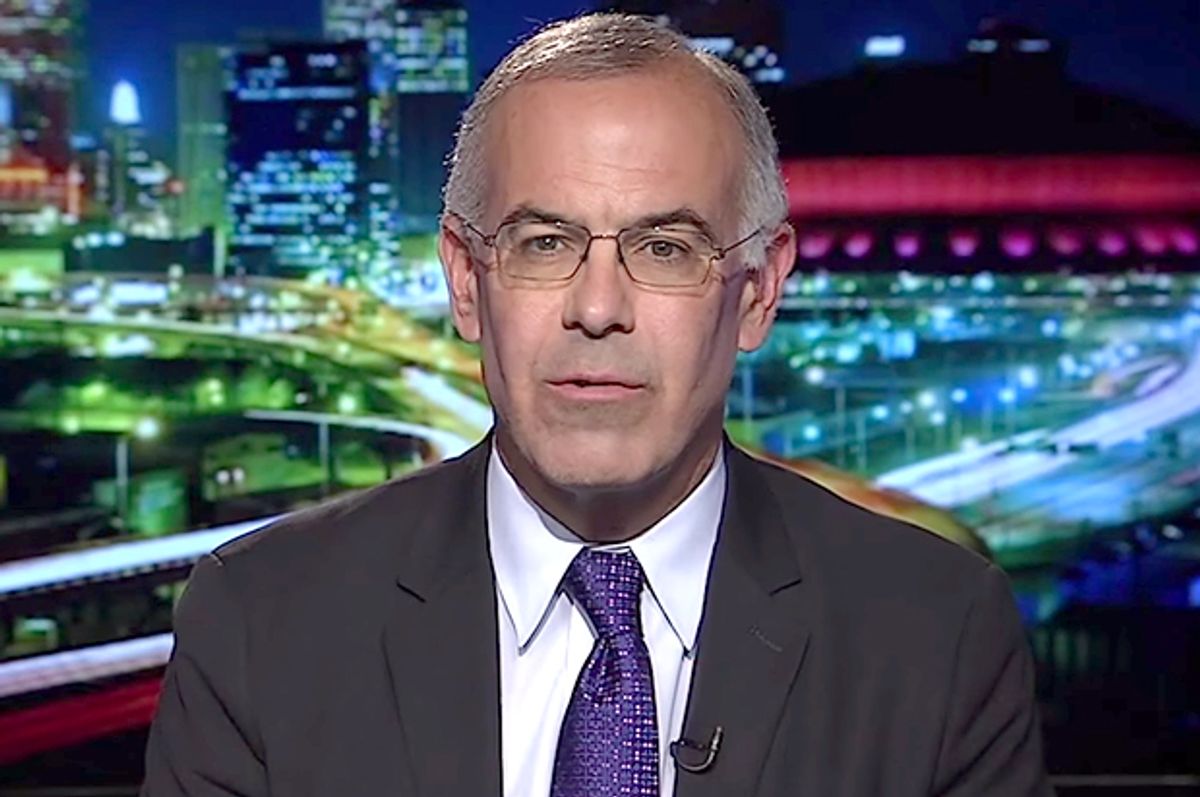 We live in the age of the grandiloquent David Brooks column, the sort of column defined by sweeping sociopolitical meta-narratives, a column that may well begin, "We live in the age of..." (For the curious among you, the Timesman has told us that we live in an age of: information, data, empiricism, "mechanized intelligence," "the lily-livered," and individualism.) On Tuesday, our exalted philosopher-king informed us that we now live in a "center-right moment," evidenced by the recent electoral victories of conservative parties in the United Kingdom, Israel, and the United States, where Republicans gained unified control of Congress last fall.

This confounds our sage. How can it be, Brooks wonders, that even amid persistent economic anxiety and pent-up frustrations with inequality, left-leaning parties have failed to see large gains at the polls? Shouldn't Ed Miliband's Labour Party have routed Prime Minister David Cameron's Tories last week? Wasn't soaring inequality supposed to doom Israeli premier Benjamin Netanyahu in March's vote?

Perhaps the magisterial Mr. Brooks was too buried in a Reinhold Niebuhr text to take note, but there's a body of political science research demonstrating that left-leaning parties aren't always the beneficiaries of economic crises and social discontent. Indeed, according to a 2010 study of 16 industrialized countries, conducted by Markus Brückner and Hans Peter Grüner, a one-percentage point fall in a country's economic growth rate is associated with a one percent increase in support for right-wing or nationalist parties. While leftists might wish that economic downturns would boost support for parties focused on addressing citizens' material needs, depressed economies often foster a much uglier political reaction, manifested in scapegoating of out-group members, xenophobia, and an exclusionary brand of hyper-nationalism.

The exponents of such reactionary politics tend to be extreme right-wing parties like France's National Front or Britain's United Kingdom Independence Party (UKIP), but mainstream conservative parties absorb their ideas, as well; in response to the anti-immigrant frenzy whipped up by UKIP and the even more odious British National Party, Cameron's Conservative-led government in 2013 deployed vans to heavily immigrant neighborhoods blaring that unauthorized migrants must "GO HOME OR FACE ARREST."

The Tories' shockingly robust performance last week was enabled in part by right-wing voters who applauded such actions, as well as Cameron's pledge to conduct a 2017 referendum in which British voters will have the opportunity to force a break from the European Union. But Cameron's was not, on the whole, a xenophobic election campaign. The Tories ran hard on economic issues, insisting that the country's improving economic performance vindicated their harsh austerity regime (as Paul Krugman has documented, that narrative is bunk, but much of the British media were all too eager to buy it) while also, somewhat paradoxically, arguing that they'd be better stewards than Labour of Britain's welfare state, including the vaunted National Health Service.

So the Tories triumphed in part because the economic wind was at their back (though the gusts were weaker than they'd have been without draconian public spending cuts) and in part because Labour failed to convince voters that the Conservatives would dismantle key elements of the social safety net. (There were other variables as well: Scottish nationalism, Miliband's disastrous public image, and internal divisions within Labour, but let's keep to our dear friend David Brooks and his argument.) This hardly means that the British public resoundingly rejected left-wing ideas, but Brooks heralds a public "skepticism about the left," while lauding conservative parties like the Tories for savvily appealing to nationalist sentiment; promoting "sensible" fiscal policies (i.e., counterproductive austerity); and homing in on economic growth and the size of government.

Perhaps these factors proved crucial in the Conservatives' victory; it certainly didn't hurt Cameron that his party co-opted much of the right-wing fervor stoked by UKIP, or that a credulous media accepted the "necessity" of austerity, and that he didn't "overread" his 2010 mandate. But Brooks would not stop there. This master of the meta-narrative draws a grand global lesson from the recent conservative victories:

Globally, voters are disillusioned with large public institutions. They seem to want to reassert local control and their own particular nationalism (Scottish or anything else). But they also seem to want a slightly smaller public sector, strong welfare state reform and more open and vibrant labor markets as a path to prosperity.

A very superficial reading of the British election results might buttress such a conclusion. But in his quest to divine unmistakable, universal trends in global political thought, he ignored such inconvenient cases that don't point toward a "center-right moment." Having had enough after half a decade of austerity policies, Greek voters this winter rejected the mainstream conservative and socialist parties in favor of the left-wing Syriza. In Spain, the economic crisis led the rapid, out-of-nowhere rise of the leftist Podemos party, which has led some national polls ahead of this fall's elections and may well displace the establishment Socialist Workers' Party as the country's main left-leaning party. Conservative Prime Minister Mariano Rajoy is in grave danger of losing his job in those elections; we await with bated breath Brooks' take on what that would mean for our "center-right moment."

And what of the United States, where we witnessed a Republican resurgence just two years after voters re-elected President Obama? That resurgence, of course, was borne of record-low voter turnout, not a mass center-right revolution. But looking ahead to 2016, Brooks is nevertheless convinced that voters hunger for a presidential candidate in the mold of Cameron: socially liberal but economically center-right. "For some reason," he laments, "American politicians are fleeing from this profile, Hillary Clinton to the further left and Republicans to the right." Republicans have been drifting ever rightward for some time now, so we'll award Brooks brownie points for noting the development.

But what about Hillary Clinton, late of the Democratic Leadership Council, and her shift "to the further left"? I must say it has taken me by surprise, too, but perhaps it shouldn't. On issues from CEO pay to the Trans-Pacific Partnership, Clinton has sounded progressive notes not because she's on a political suicide mission; quite the opposite. Polls suggest that a broad swath of American voters see economic inequality as a massive problem, and they're willing to support drastic measures to address it. Clinton, if she seeks to credibly lead the Democratic Party and turn its voters out in November 2016, can't ignore such sentiment. Republicans, however, offer nothing more than re-microwaved Reaganism. But we're in the midst of a global "center-right moment"? Please.

I'm not given to the theories-of-everything of which Brooks is so fond, so I'm far from prepared to say we're in a center-left moment; global politics are much messier than that. I will say this, though: Brooks should shirk the lazy political analysis and stick to having a midlife crisis in print.