Dear Facebook "friends": No, we shouldn't protest when police are killed

Social media asks "where's the outrage?" when a cop is tragically gunned down. The answer is really quite simple 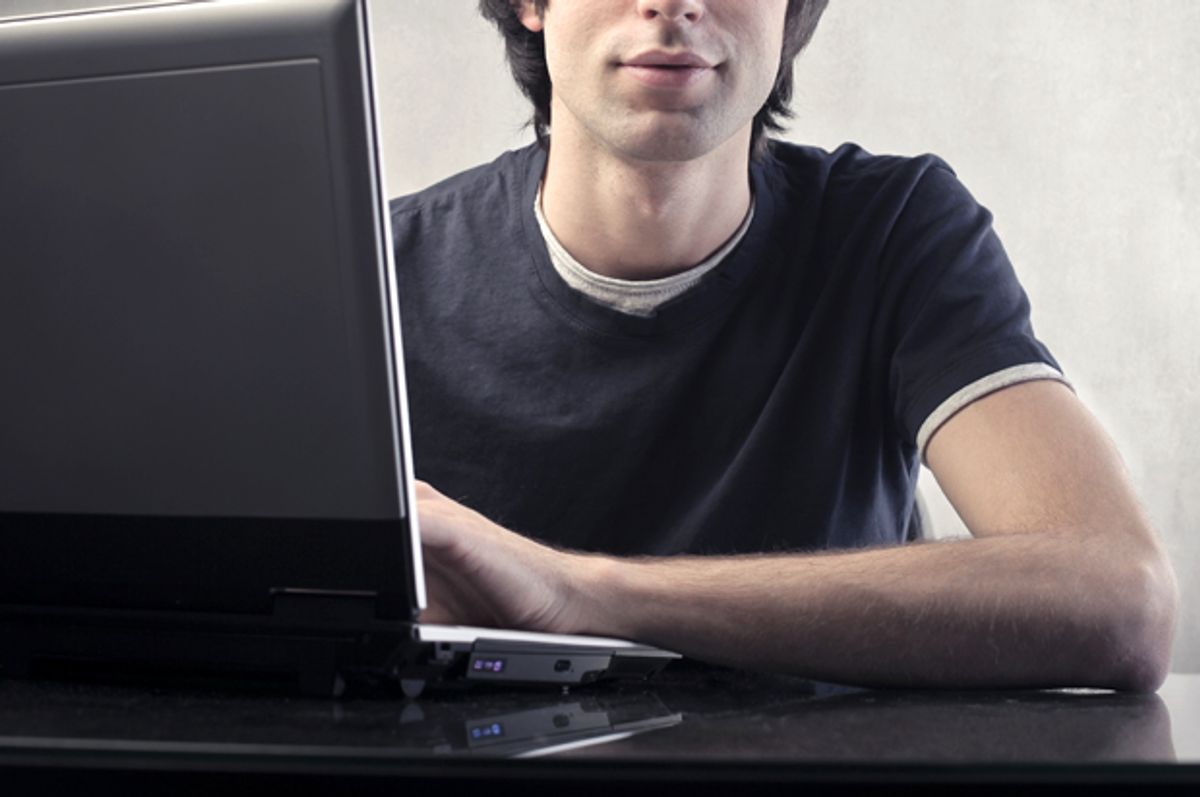 We’ve all heard it now a thousand times. If not by our brain dead cousin on facebook or our racist uncle over dinner, we’ve all heard it. If not in person we saw it ferment in rightwing media. If not from Geraldo we heard it on Hannity. If not on Hannity, we had the misfortune of reading it in the New York Post:

Another NYPD officer shot — and no one will march to protest

No demonstrators will block traffic to protest the ambush of Police Officer Brian Moore in Queens Saturday evening — the fifth New York City cop struck by gunfire in the line of duty since December.

Or the Daily News:

Lupica: Outrage in short supply when a cop is the victim

Five cops shot here in the past five months alone. Only when they are shot and sometimes killed, there is no rush of outraged people out into the streets these cops protect.

Why, the right hysterically asks, is #BlackLivesMatter not protesting the death of NYPD cop Brian Moore:

Before I dive into the substance of why this trope is illogical, let’s be clear about one thing: those asking this question don’t really care about slain NYPD officer Brian Moore. To them, the death of Brian Moore is a political prop. Sure, they don’t wish it happened, but they probably didn’t think about it beyond the degree to which it could trivialize anti-police brutality protesters. These are smear artists, so desperate to seek out liberal hypocrisy they’ll knowingly spout this sophistic talking point knowing full well it’s basically bullshit. It’s the laziest kind of pseudo-opinion - a testiment to our pundit classes’ fetish for gotchaism at the expense of critical thought.

On to why it makes no sense. It’s simple: one doesn’t protest something the system already agrees is bad. That’s it. There’s not much else to it. Protesting is fundamentally a petition to those in power (often, but not always, to the government) based on an injustice that’s ongoing and systemic. If police were being killed with any type of routine sanction by the system or, worse off, being killed by the system, asking why people aren't protesting their deaths would be an entirely fair and morally urgent question.

But, of course, they’re not. Brian Moore’s murderer - unlike Eric Garner’s killer - was summarily arrested and charged. He will likely be subject - unlike Michael Brown’s killer - to an adversarial trial with a hostile DA. He will in all likelihood - unlike Tamir Rice’s killer - spend the rest of his life in prison.

And this is where this jab gets exposed for the asinine talking point that it is. It acts like #BlackLivesMatter is outraged by murder per se, rather than the broader system of white supremacy, inequality, and police immunity that leads to so many senseless murders by police a year - the vast majority of which hardly register a blip on the media radar, let alone lead to a protest.

There’s also a more cynical - and I would argue calculated - reason for this meme. By putting Brian Moore’s death in the context of #BlackLivesMatter the right is subtly trying to lump the two together, if only by association. It’s classic dog-whistle politics. By bringing up the entirely unrelated killing of a police officer in the context of police brutality - as even liberal-minded Buzzfeed did on Thursday - the broader propaganda effect is to conflate the two. The result, either by intention or accident, is a false sense of parity: “they killed one of theirs, now ‘they’ killed one of theirs.” More of the same type of “both sides need to soul-search” pablum our President offered up during the Baltimore Uprising that gets us nowhere and further slows down the momentum of the #BlackLivesMatter movement. This, of course, is the larger propaganda goal of this trope and why the left shouldn’t let it spread unchecked. People protest cop killings because cop killings are allowed to continue without consequence. The same, by all objective measures, can’t be said for cop killers who are swiftly subjected to a justice system denied to those on the other side of power.