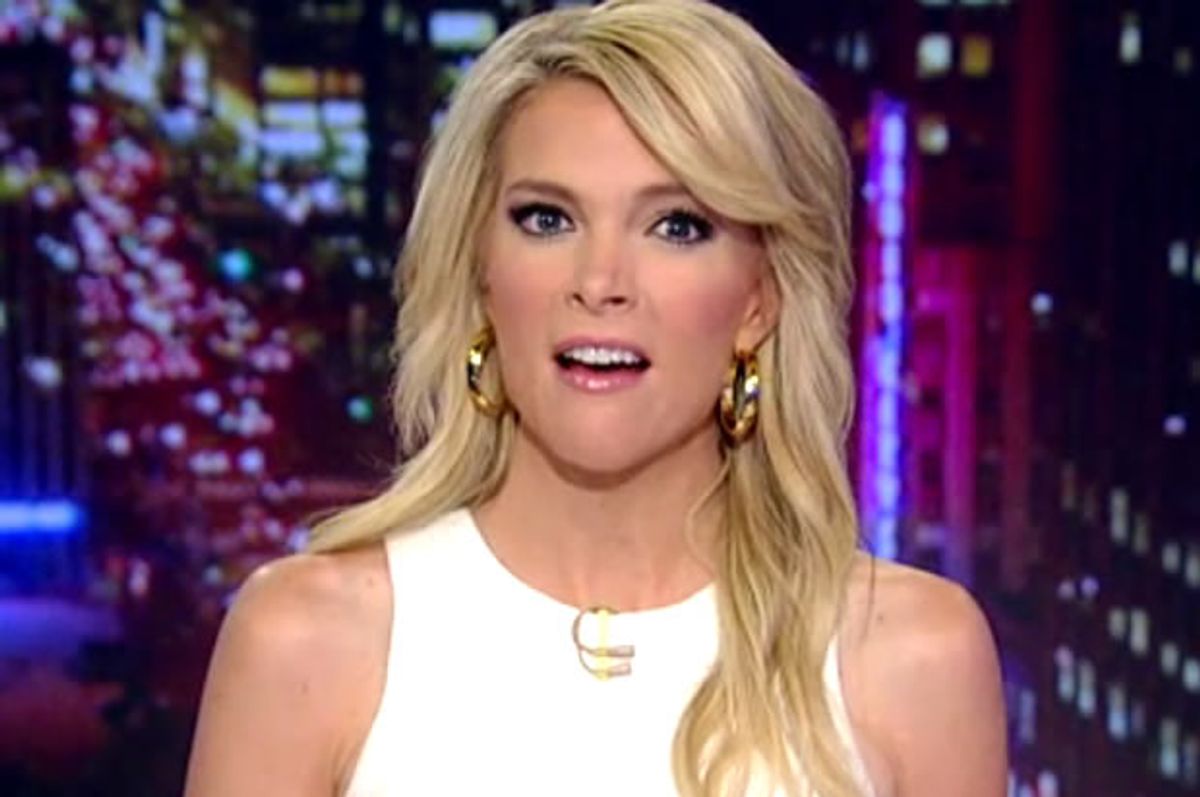 On Tuesday's edition of "The Kelly Files," host Megyn Kelly was outraged that students at a Catholic university petitioned to have Cardinal Timothy Dolan's invitation to speak at graduation rescinded because the outspoken conservative's values don't reflect their own.

"It's a Catholic college!" she shouted. "He's a cardinal!"

Kelly introduced Kirsten Powers, author of "The Silencing: How The Left Is Killing Free Speech," to discuss the rescinded invitation. The students at Le Moyne College, Kelly said, believe that Cardinal Dolan is homophobic, and that he was complicit in the conspiracy to protect sexual predators within the Catholic church.

"They make these claims with no supporting evidence," Powers replied, ignoring the fact that there is abundant evidence that Dolan used his position as a church functionary to shield money from lawsuits filed by the victims of the institution's sex abuse scandal. She said that it's "probably his opposition to same-sex marriage" that caused students to peg him as a homophobe, "because that's typically what people are doing to silence people who have views they disagree with."

In recent months, Dolan has complained that the Catholic church was "outmarketed" on the subject of same-sex marriage, and even took on Pope Francis, saying that he was "uncomfortable" with the pontiff's request that Catholics have a frank discussion about the possibility of supporting civil unions between individuals of the same sex.

"You're a 'homophobe,' a 'misogynist,' a 'racist,'" Kelly said. "The list goes on and on. It really does shut down speech in many instances, because people don't want other people to think they're those things." She claimed that this same logic is at work with the "War on Women" narrative, saying "I am a woman, I can't hate women."

"They use de-legitimizing tactics," Powers responded. "De-humanizing and demonizing tactics, they use, so you're not a real woman, it turns out, if you're pro-life. A real woman is pro-abortion."

She complained that many of the people who attack conservatives for being misogynist "turn around and make misogynist statements themselves," which Kelly took as an opportune moment to express her feelings about Gloria Steinem.

"This is my problem with people like Gloria Steinem," she said. "If you're going to be a true feminist, you have to cast a wide net -- you can't exclude Sarah Palin and Michele Bachmann!"

Powers pointed out that liberal feminists are doing this "deliberately" because it's easier to do that then engage with Palin or Bachmann intellectually -- which is true, but likely not for the reasons Powers believes.

Watch the entire segment on "The Kelly Files" via Fox News below.