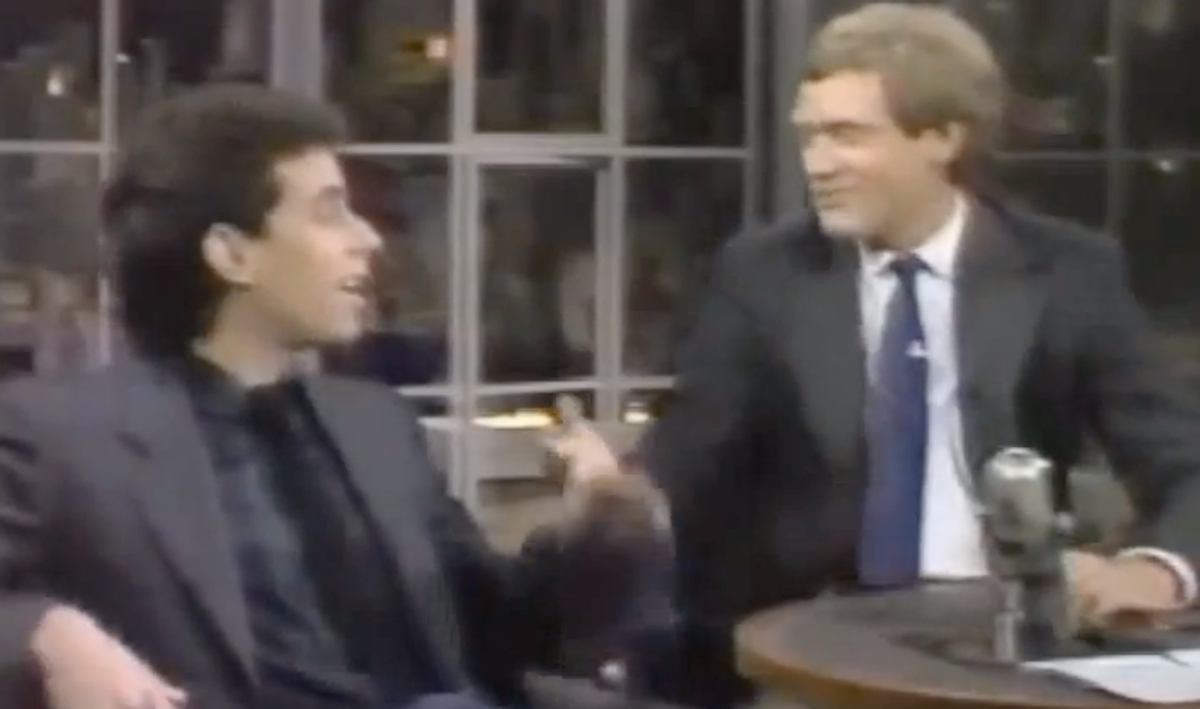 Long before "Seinfeld," Jerry Seinfeld was one of the great guests on David Letterman's "Late Night" show on NBC.

As Letterman prepares for his last show on Wednesday, these vintage '80s clips are pure genius, and a reminder of what a great observational comic and student of New York City he's always been.

Seinfeld, 1986: "Any drugs? What are we on the honor system now? Catching incredibly stupid smugglers?"

Seinfeld, 1987: "These are people who wanted to work part-time at a car wash, didn't have the qualifications for it"

H/t: The terrific archive at AllDavidLetterman.