After an earlier "revolt" over the bill's treatment of rape victims, the GOP is back to punish women 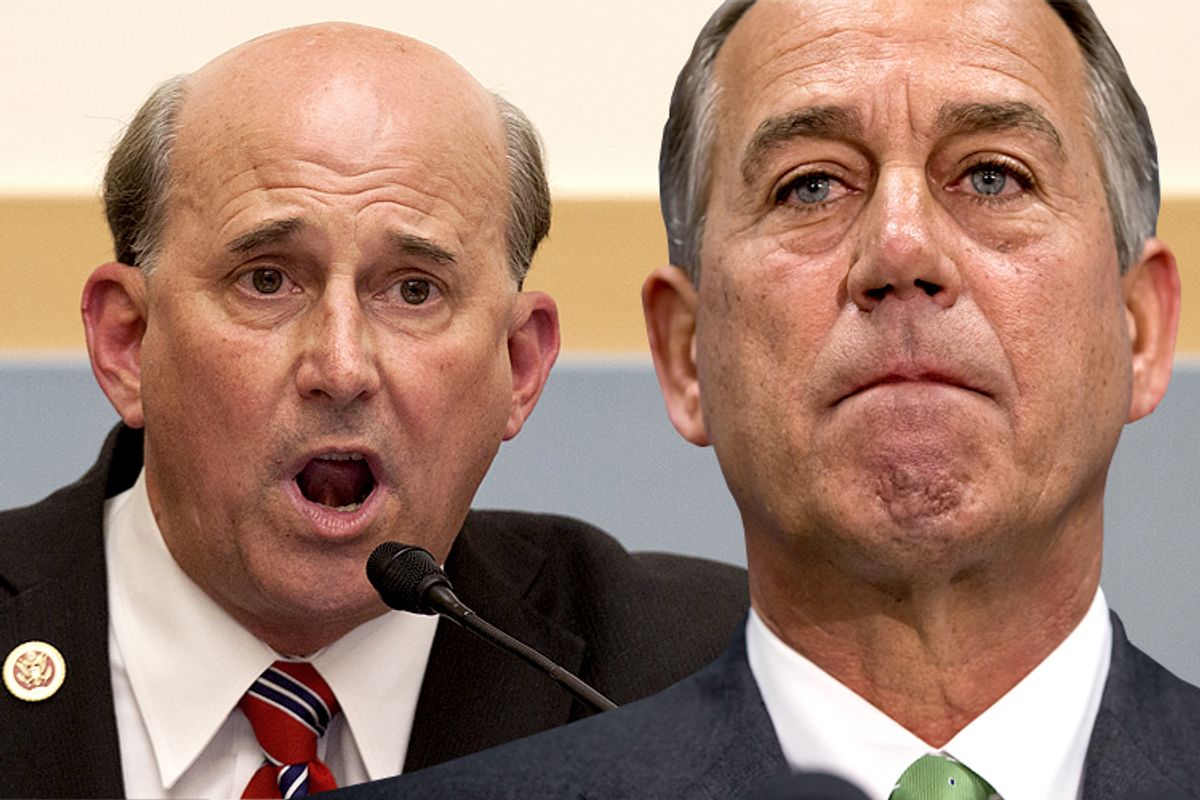 A group of women in the House GOP got together earlier this year to block a vote on a measure to ban abortion at 20 weeks. The restriction itself wasn't the problem, they said. It was its treatment of victims of rape and incest. An unconstitutional prohibition on a vital medical procedure was all fine and good, but forcing victims of sexual violence to carry a pregnancy to term unless they reported the assault to the police was a field too far, it seemed. Plus, it didn't look great to have the party, with its new majority status, to make its first order of business a measure that targeted rape victims.

“We got into trouble last year, and I think we need to be careful again; we need to be smart about how we’re moving forward,” North Carolina Rep. Ellmers told National Journal at the time. ”The first vote we take, or the second vote, or the fifth vote, shouldn’t be on an issue where we know that millennials — social issues just aren’t as important [to them].”

"When you start getting into telling a woman that she has to report she was raped to be able to qualify, that takes it in a direction that makes me very uncomfortable," added Florida Rep. Tom Rooney.

Flash forward a few months and that bill remains just as odious and just as punishing of survivors. Only this time around, it will pass. Because according to many of the same people who blocked the bill back in September, this version is just great. "This has a much less punitive substance to it," said Indiana Rep. Jackie Walorski. "It's important that when we look at the care of women who are in crisis, that we make sure they're totally taken care of."

So what does the new bill do to take care of women who are in crisis? The provision requiring victims to report their rapes in order to access care has been nixed, but the updated version of the bill requires that victims seek counseling or a medical consultation before having the procedure. Yes it's a mandatory waiting period for rape victims, and the new bill still forces minors to report their rapes in exchange for care.

The measure also makes dubious statements about viability and requires the presence of a second physician, adding another obstacle to accessing care:

If, in reasonable medical judgment, the pain-capable unborn child has the potential to survive outside the womb, the physician who performs or attempts an abortion under exception... shall ensure a second physician trained in neonatal resuscitation is present and prepared to provide care to the child.

But the bill's gross treatment of rape survivors and its dubious medical claims about viability isn't the only issue. The ban is unconstitutional to its core and the "science" behind it is a lie.

The measure is called the Pain-Capable Unborn Child Protection Act. That mouthful of a name comes from Arizona Rep. Trent Frank, the bill's original sponsor and the chief pretend medical expert on "fetal pain" at 20 weeks. Here's Franks on the scientific basis of his bill: "The medical community has reached a clear consensus that unborn children at this stage, and perhaps even in earlier stages, can feel pain.”

We know a lot about embryology [in the field]. The way that a fetus grows and develops hasn’t changed and never will. And what we know in terms of the brain and the nervous system in a fetus is that the part of the brain that perceives pain is not connected to the part of the body that receives pain signals until about 26 weeks from the last menstrual period, which is about 24 weeks from conception.

The measure stands little chance of becoming law since Obama has indicated he wouldn't sign such a measure, but the changes in the bill are a chilling reminder of how extreme the GOP's version of "moderate" really is. It's also a reminder that the "revolt" that happened earlier this year had nothing to do with women's health and everything to do with optics. The GOP wants to punish women, they just don't want to get punished at the polls for it.