Sell your records, sell your soul?: How I learned to stop hoarding and embrace the cloud

To hang on or let go isn't an easy question, but there's a fine line between a collection and a burden 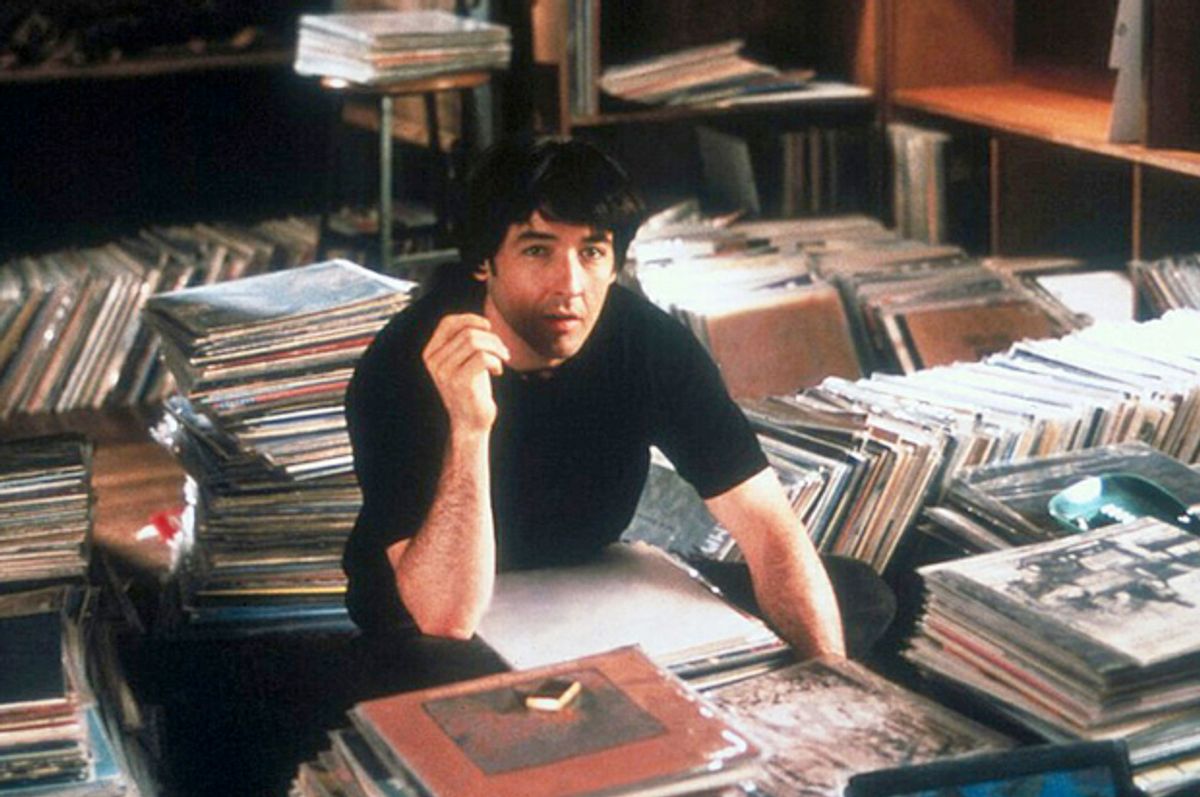 In March, Cuepoint ran an interesting article called "Selling Your Records Will Ruin Your Life." The title was somewhat misleading, because the essay delved into the psychology of collecting, and didn't shy away from talking about the positive aspects of purging purchased music. "Part of collecting is knowing when to let go," wrote the article's author, Bethlehem Shoals. "If you’re not willing to admit that something just doesn’t move you, or that dollar value sometimes takes precedence over the inherent value of good music, you’re a hoarder. Curation is an over-used word, but if you don’t curate your collection, you’re little more than a hoarder."

That last bit unsettled me slightly, for completely personal reasons. My physical music collection is, to put it nicely, unwieldy and completely out of control. It wasn't always this way: When I started buying CDs in the mid-'90s, I was limited by my allowance and parental willingness to drive me to record stores. But when I started writing about music professionally later in the decade, the promos started pouring in. While this avalanche included plenty of final-art albums, it also involved  personalized advance CDs, burned albums and unfinished copies of records, which kept piling up because throwing them out felt like a waste (and getting rid of them didn't feel like a good option due to security reasons). Even with this steady stream of music coming my way, I still bought plenty of CDs, both new releases and catalog records.

In short order, I ran out of shelf space and storage nooks in my apartments; even constantly selling CDs and moving from Boston to St. Louis to Cleveland--all of which prompted collection purges--didn't make much of a dent in my stacks. Things finally came to a head about four years ago, when I moved into the house I share with my now-husband. There wasn't room for my entire collection there--I happened to marry someone whose physical media obsession rivals mine--and so most of my carefully amassed collection ended up in my parents' basement, where it still sits today gathering dust. (Sorry, Mom and Dad.) The CDs that did make it to my residence are on shelves and stacked up in my home office, organized in no discernible order. As a result, I can rarely find an album if I have a desire to listen to it, and am never sure if the music I'm trying to find is even within reach. I have no real idea of how many albums I actually own, although my estimate is somewhere in the five figures.

Now, this frustrating situation is completely my fault. I'm sentimental and nostalgic by nature, and so getting rid of things is difficult. I have emotional attachments to certain bands and albums, and hearing them immediately brings back a flood of past joys and sorrows, friendships and relationships I've kept (or let lapse), or moments of connection that meant a great deal to me. It's somewhat silly, but the thought of getting rid of this music feels like I'm also giving up these experiences, as if the tangible objects are what's keeping my memories tethered to my subconscious. On the flip side, shedding CDs also feels like an acknowledgment that I'm letting past versions of myself go, an admission that I'm allowed to release all of the potential life detours, good intentions, romantic regrets and bad decisions tied up with the music I've accumulated along the way. This isn't necessarily an easy thing: For someone who views music as a steady background soundtrack to life, getting to a place where this accompaniment can be jettisoned is a big step.

But I've come to the point where having this huge, wonderful music collection simply feels like a burden. Once I cherished possessing so many rare records or hidden gems; now, it feels like an impediment to moving forward, an immobilizing element. I don't love the music any less, and I still relish holding a physical CD in my hands. (In fact, I prefer the heft of an album if I'm listening to music.) I simply resent the physical--and, by extension, mental--space it takes up in my life. I'm not alone in feeling overwhelmed by my possessions: The idea of "minimalist living" has exploded in recent years, buoyed by technology that makes streaming media easier to access than ever, and people coming to the realization that what seems like essential stuff is actually clutter. While a move toward minimalism is frequently tagged as a millennial habit, I've seen it in people of all ages around me in recent months; the desire to lead a simpler, more streamlined life seems to transcend generational pigeonholing.

The other unfortunate thing is how challenging it is to figure out how or where to dump these CDs. Unfortunately, unlike the Cuepoint author's collection, which seems to include vinyl that actually has some resale value, my stash revolves around thousands of CDs. As any eBay collector (or used record store peruser) will tell you, the resale market for these has bottomed out. Getting 50 cents for a decent used CD is a good deal at this point. Many stores won't even take them anymore, as they too are overwhelmed by excess stock. Perhaps CDs will have a renaissance in the future in the same way vinyl and cassettes have--yet another reason I've often justified keeping them around--but there's just so much product out there, this seems dubious at best. I'll likely end up doing a combination of donating to Goodwill and trying to find a CD recycler to take the bulk of my music, so as not to pollute the environment with plastic.

Before I ship this music out the door, the question remains whether I want to go to the trouble of converting this music to MP3s and storing it on some sort of external hard drive. The idea of repetitive ripping for days (OK, weeks) on end is completely unappealing, not to mention inefficient. More disturbing, after all this time in boxes, I haven't missed many of these records. When I have them in front of me, I'm more likely to give them a spin; otherwise, it's often out of sight, out of mind. This mind-set is why I get frustrated by the lack of deep discovery options on many streaming services. I like finding buried treasure, as it were, rediscovering dusty gems that catapult a record back into my listening rotation. That's the advantage of brick-and-mortar record stores, and of having such a huge collection--you never know what you're going to find. At the same time, it's just as appealing about having all of your music available in one cloud-based location. There's something delightfully economical and clean about having instant access to an entire collection, scrolling through a tidy array of band names and albums to choose just the right song for a particular mood.

Of course, even this scenario isn't perfect: In me, this often creates what academics call "the anxiety of choice," when too many options leads to decision paralysis. Instead of finding the perfect song, I settle on no music at all. (Call it the equivalent of having 500 cable channels and yet there's "nothing on.") Logically, this is again rather preposterous--for as many CDs as I received for free, I bought hundreds more because I dug the band (or at least a song). How can I not find the perfect thing to cue up?

In the end, an endless search for perfection is perhaps that's the bigger issue I'm having with downsizing my collection. For die-hards, music collecting is often intrinsically linked with trying to recapture the first moment they heard a record or band that changed your life. The thrill isn't just built into the art itself; it's about seeking out and replicating the bliss, ecstasy or tears of a transformative moment. I don't want to inadvertently miss having this experience because I ditched a record because of space, so I hang onto things for the future. Of course, it's not like the number of bands is finite. If anything, it feels like every year brings more and more music to experience, so much so that it's easy to overlook releases by even bands I like. Planning for some nebulous future when I'll have endless time to listen to my unloved CDs is increasingly not viable.

And so as I sort and sift through my collection, I'm trying to keep another thing Shoals said in the Cuepoint piece in mind, when ruminating on the reasons for selling records: "In the most altruistic sense, we’re giving back to the collecting community. I don’t want this, maybe someone else does. A friend of mine once described the concept of 'record karma' to me — when you come up on a decent cache of vinyl, you leave something behind for the next guy to find. Anything else would be totally selfish and deny the fact that collecting is about more than yourself. We all benefit from each other’s labor, and it’s often a labor of love." Perhaps I never got around to listening to some band in 2009--but maybe someone else will find my cast-off CD and discover their new favorite band.