Congress' destructive anti-Palestine agenda: The international outrage that nobody is talking about 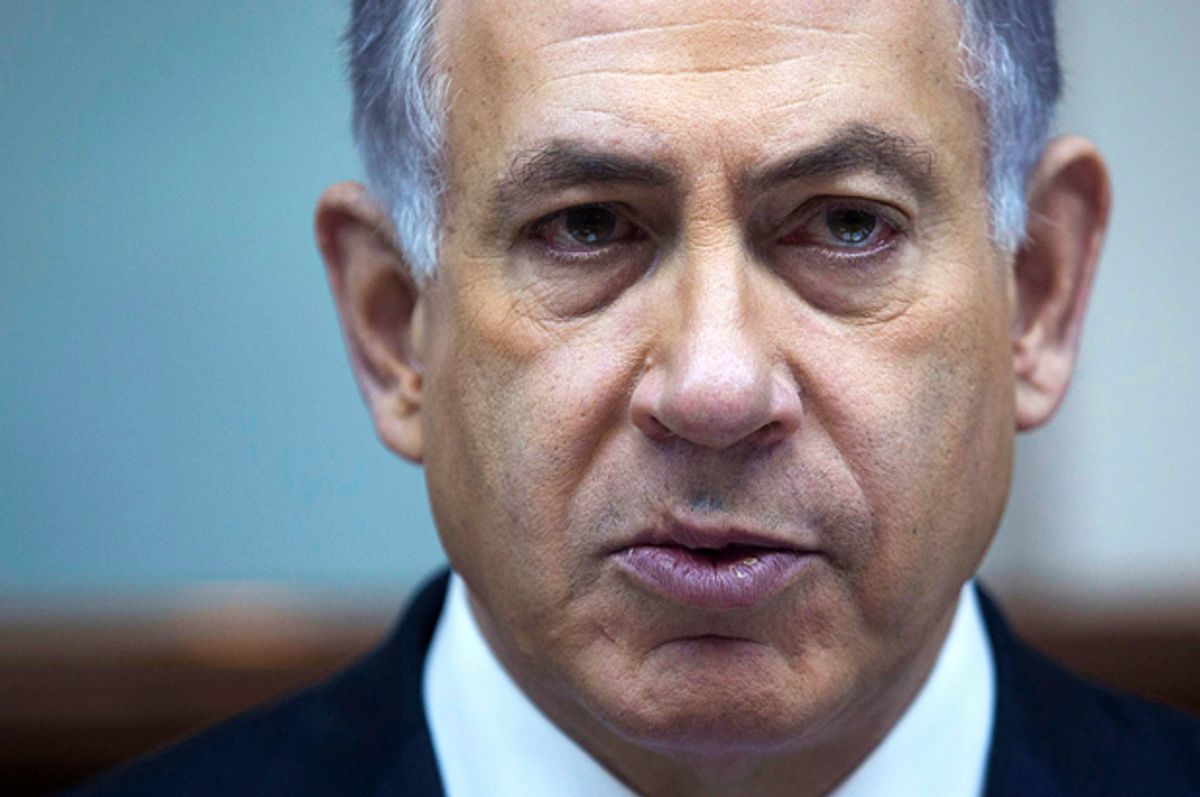 It used to be that Israel was the only global player who refused to admit that its settlements in Palestine were illegal under international law. Now there is a danger that Congress could be added to the list. Members of both the House and Senate have recently introduced at least six different pieces of legislation attempting to legitimize these Palestinian land grabs by shielding them from increasing international trade pressure. In doing so, Congress is essentially requiring the U.S. to punish trade partners for adhering to international laws and for the first time in its history, endorse and defend the settlements by treating them as a part of Israel.

The train wreck began when Senators Ben Cardin (D-MD) and Rob Portman (R-OH) introduced the AIPAC-backed United States-Israel Trade Enhancement Act in March. The following month, pro-settlement amendments were added to the Trade Promotion Authority (TPA) bill and the House versions of each bill. In addition, the Trade Facilitation and Trade Reinforcement Act was also introduced with pro-settlement language in both chambers. Congress will be considering these bills in the coming weeks.

The Obama Administration has not commented on these bills and amendments so far, but Senator Portman’s and others’ claims that they will stand against “politically motivated boycotts of Israel” are misleading. It is already against U.S. law to boycott Israel, but settlements in the West Bank, East Jerusalem, and the Golan Heights are not legally a part of Israel. The European Union’s exclusion clause, one of the main drivers behind these Congressional efforts, limits sanctions to Israeli entities with links to the settlements – not Israeli businesses as a whole. But members who introduced these amendments, such as Rep. Roskam (IL), essentially conflate the two, not even mentioning the word “settlements” in the language, and instead using the phrase “Israel or in Israeli-controlled territories.”

It would behoove Congress to seriously consider the ramifications of their actions. These bills are not about countering the diverse Boycott, Divestment, and Sanctions (BDS) movement or supporting Israel. Rather, they are trying to make it U.S. policy to treat Israel and the territories they occupy as one and the same and penalize trade partners that don’t back that problematic stance. This sets up an extremely dangerous impediment to the peace process, which current and previous administrations have heavily invested in. In fact, it “actually encourages illegal settlement building”, according to Rabbi Joseph Berman, Federal Policy Organizer at Jewish Voice for Peace (JVP). JVP and several other Jewish American organizations, including some who oppose BDS, have all issued statements urging Congress to reject these alarming pieces of pro-settlement legislation.

Now is the time for Americans who support peace to take a stand on this critical issue and make their voices heard on Capitol Hill. If it is not addressed now, not only do we put the peace process and lives of Palestinians under occupation in further jeopardy, but we also open the door to seeing similar legislation reappear, perhaps in more extreme forms, in the future. Our representatives’ offices should be flooded with calls, emails, and visits demanding statements of opposition before these bills reach the House or Senate floors. And when they are brought to the floor, we should have their guarantee that they will do everything in their power to prevent our country from obstructing the path to peace.