John Oliver laughs in the face of a reporter who calls him a journalist: "I'm doing the job of a comedian" 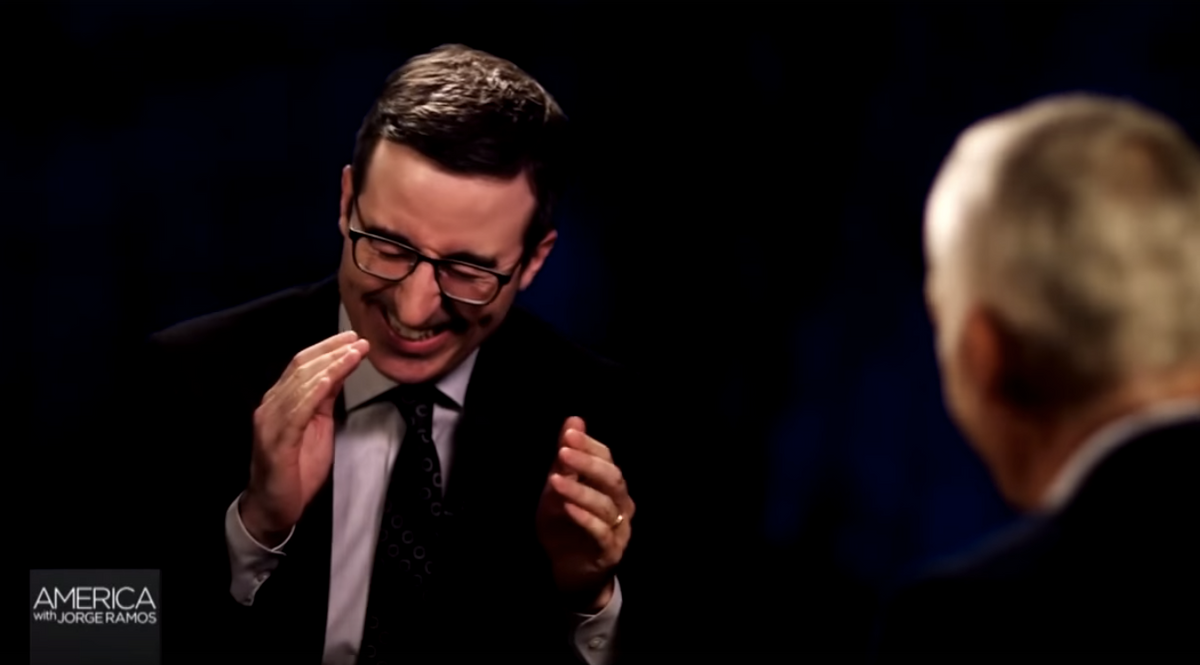 If you were surprised when John Oliver scored a coveted interview with NSA whistleblower Edward Snowden back in April, you'll have to take the "Last Week Tonight" host's word for it when he tells you that he was much more surprised than you.

In fact, Oliver would never, in a million years, call himself a journalist.  In a Tuesday interview with Fusion's Jorge Ramos, Oliver could hardly contain his giggles when Ramos suggested that an interview with Snowden was an undertaking better suited for a "respected journalist." And mostly because the statement hinged on the assumption that Oliver was any sort of journalist at all.

“I’m doing the job of a comedian so I make jokes about the news," Oliver said. "I'm pretty clear about the lane that I'm in."

Ramos seemed surprised, flattering Oliver with the observation that he had "more credibility than most journalists in the United States" and also in many other countries.

To which, Oliver countered: “That is more an insult to the current state of journalism than it is a compliment for the state of comedy.”