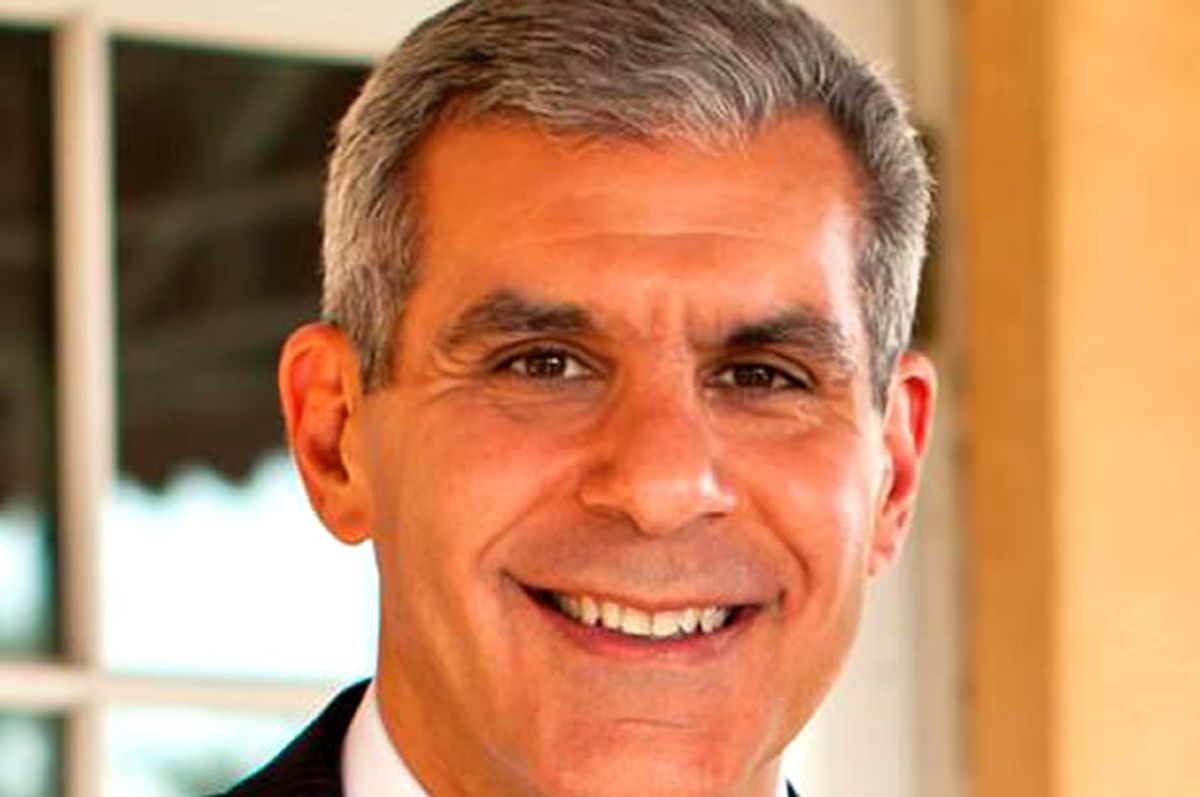 Thanks to the efforts of state Senator Joe Kyrillos (R), New Jersey can be added to the expanding list of states in which conservatives feel comfortable attacking Advanced Placement U.S. History standards for being insufficiently patriotic, Talking Points Memo's Caitlin MacNeal reports.

Senator Kyrillos introduced a non-binding resolution (SR 128) that, if passed, would strongly urge the group responsible for the AP standards -- the College Board -- to ditch its "biased" and "negative" curriculum for one that applauds America for being the exceptional country it always has been.

As he told The Auditor, "there is an inordinate emphasis on political correctness and so-called balance that is designing potential curricula and guidelines. The AP test doesn't properly portray our history, the beginnings of our country, its values and its unique role in the world, past and present."

He fears that the current emphasis on the actual history of the country "doesn't properly portray our history, the beginnings of our country, its value and its unique role in the world, past and present."

Instead, Kyrillos said, the standards "overemphasize the negative aspects of our nation's history while omitting and minimizing many of the positive aspects." In particular, the current curriculum "does not adequately discuss the America's Founding Fathers [or] the principles of the Declaration of Independence[.]"

He would, by all appearances, be happier if the standards emphasize that Thomas Jefferson wrote the words "all men are created equal" instead of focusing on the fact that the slave-owning former president didn't believe they applied to African-Americans. Which would, in fact, make America seem that much more exceptional -- but would not, in truth, be history.