So you're working with mostly men: A useful guide to the masculine mystique

A training session for people working with a majority-female city council has the right idea on gender relations! 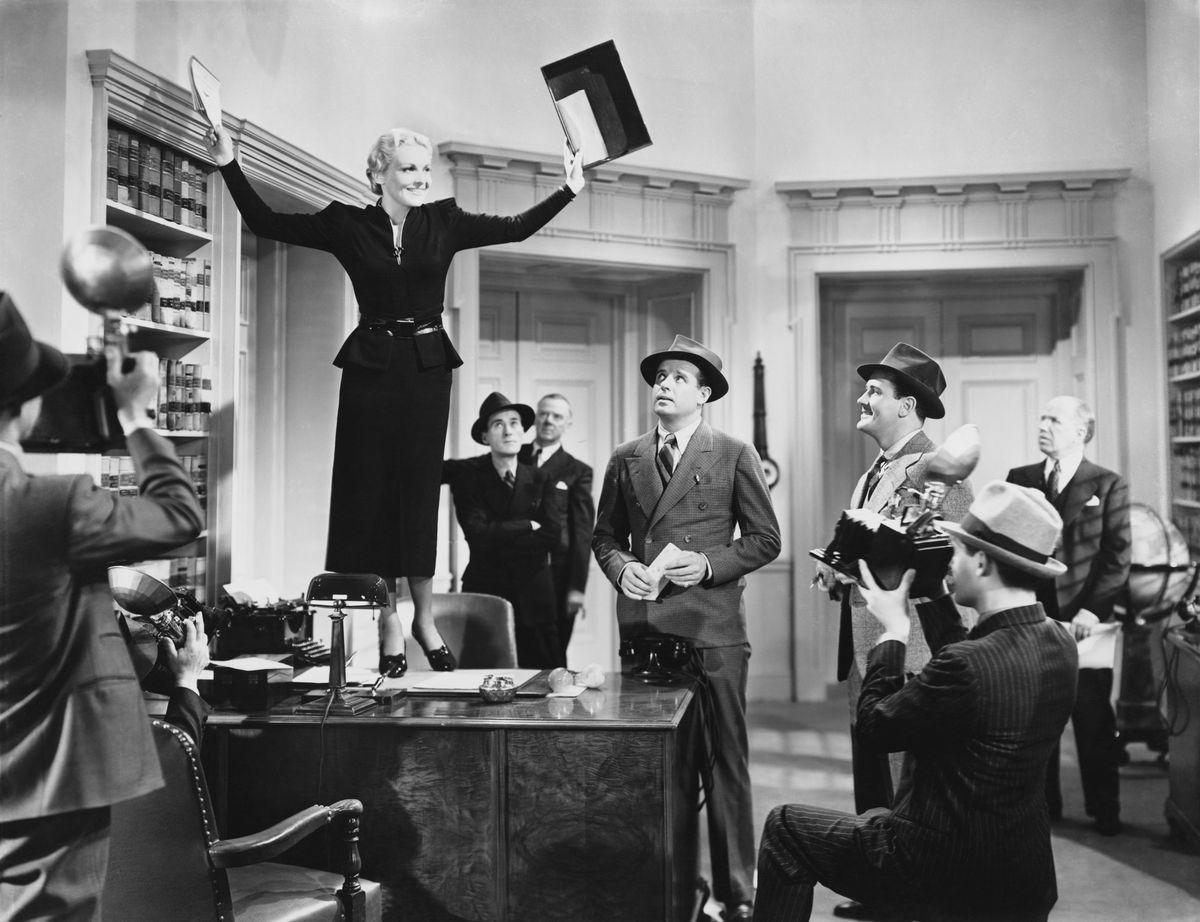 The times they are a changin’ in Texas. For the first time in Austin's history, women make up the majority of the city council. There are seven women and four men (including the mayor) running the show, and the city manager’s office wants to make the transition a smooth one.

Which is why they brought in some experts to host a training session so that staff could feel comfortable interacting with a body comprised of mostly ladies. According to a report from the Austin American Statesman, the first speaker was Jonathan K. Allen, a city manager from Lauderdale Lakes, Florida, who was "considered an expert in this field because his local city commission was all-female.”

[Allen said] he learned a valuable lesson on communicating with women from his 11-year-old daughter, who peppered him with questions while they were on the way to volleyball. “In a matter of 15 seconds, I got 10 questions that I had to patiently respond to,” Allen said. Allen says female City Council members are less likely to read agenda information and instead ask questions. [...]

Allen's final bit of advice: Get ready for more women in power because Hillary Clinton.

While some people may find a seminar that treats half the population like aliens in need of translation to be an odd choice, I find it refreshing. In fact, just earlier this year, I attended a something similar on how to work with men. (I am a writer, after all. Working with men is kind of what we do!) And Allen's advice strikes me as remarkably similar to what I learned about men.

A transcript of that seminar follows:

Speaker: Hey everyone, and thanks for coming out today. Feel free to grab a donut while you’re getting settled. So you’re obviously here because you’re working with a bunch of men. Maybe you’re a journalist or a programmer. Or I guess you could also be a politician or a firefighter. Or, like, a comedian or a director. Or maybe an executive chef. Or, uh, you know, it’s possible that you’re a tenured professor. I mean, we’re getting a little off topic, and the important thing is that you’re here and ready to learn about talking to men!

Let’s start with a little about me: I have spent my entire career working for mostly men and I have brothers and a son, so you might say I'm something of an expert.

One thing you’ll find now that you’re working with a bunch of men is that men tend to ask a lot of questions. I first learned this from my son, who is 20 and still peppering me with questions! On our way to his mixed martial arts lesson earlier this week, I got 10 questions that I had to patiently respond to!

Questions like: “When will you buy me my own octagon floor cage so I can start practicing at home?” Or, “One of the girls in my econ class said she thinks the men in our section dominate discussions. Do you think I should file a complaint with the school for reverse sexism?”

I mean, he is such a treasure. I feel so lucky that he isn’t moving out of my basement anytime soon. But he isn’t my only teacher, of course.

Just the other day, one of the senior architects at my firm asked me: “If Bill Cosby really raped those women, why didn’t they report it to the police right away?” He followed that question with another question about where we keep the paper and the name of the woman who works at the front desk, our colleague of 12 years!

Now it can be tempting to lose your patience, but if there’s anything my son and the men I work with have taught me, it’s the importance of talking it through no matter what.

Woman in the audience: What if you’ve answered the question before?

Another woman in the audience: Or what if the question has an easy answer they can find on their own or has been addressed over and over again by someone else? Should you ever tell the men you work with to look into these things on their own?

Speaker: And punish them for wanting to learn? Never. But I’m actually glad you asked that question, because it leads me to my next point about using facts. Men don’t want to deal with data so just keep the numbers out of it!

Oh, I see we have questions already!

Woman in the audience: But what if you want to see studios hire more women directors and screenwriters so you mention that diverse films make a lot of money?

Another woman: Or what about if your male colleagues in the state legislature are going after Planned Parenthood and you point out that public funding for family planning services saves millions and millions of dollars in health care and related costs?

Another woman: Building off that point, what about how paid parental leave and sick time is cost neutral and boosts productivity and job satisfaction?

Speaker: Go write it in your diary or something! The men you work with just won’t want to hear it!

When I would try to talk numbers at my last job, a former male colleague of mine would tell me: “Ms. Manager, I don’t want to hear about the financial argument, I want to hear about how this impacts my ideology or my sense that women’s stories aren't universal."

Woman in the audience: This feels a little reductive, no? It almost sounds like you think men are aliens and are all exactly the same.

Speaker: Now don’t put words in my mouth. Men are wonderful. They are our brothers, fathers, sons, uncles, bosses, presidents… Wait, actually, this brings me to my final point because I think it’s about time to wrap up.

So if I can leave you with one point today, it’s that as you see men in leadership positions… you will have to interact with them in a different way. Now I submit to you if Jeb Bush just runs -- just runs for the office -- you are going to see even greater numbers of men in leadership positions. If he wins, you will see even greater numbers starting at the bottom making their way to the top. So you better be nice to the men around you, because one of them may be your next boss. Like, he will replace your current boss... who is also a man.

And when that happens, I urge you to remain calm and just remember what we talked about today. It will be smooth sailing from there! Thanks for coming, everyone! Please, grab a donut on your way out, too. There are plenty left!