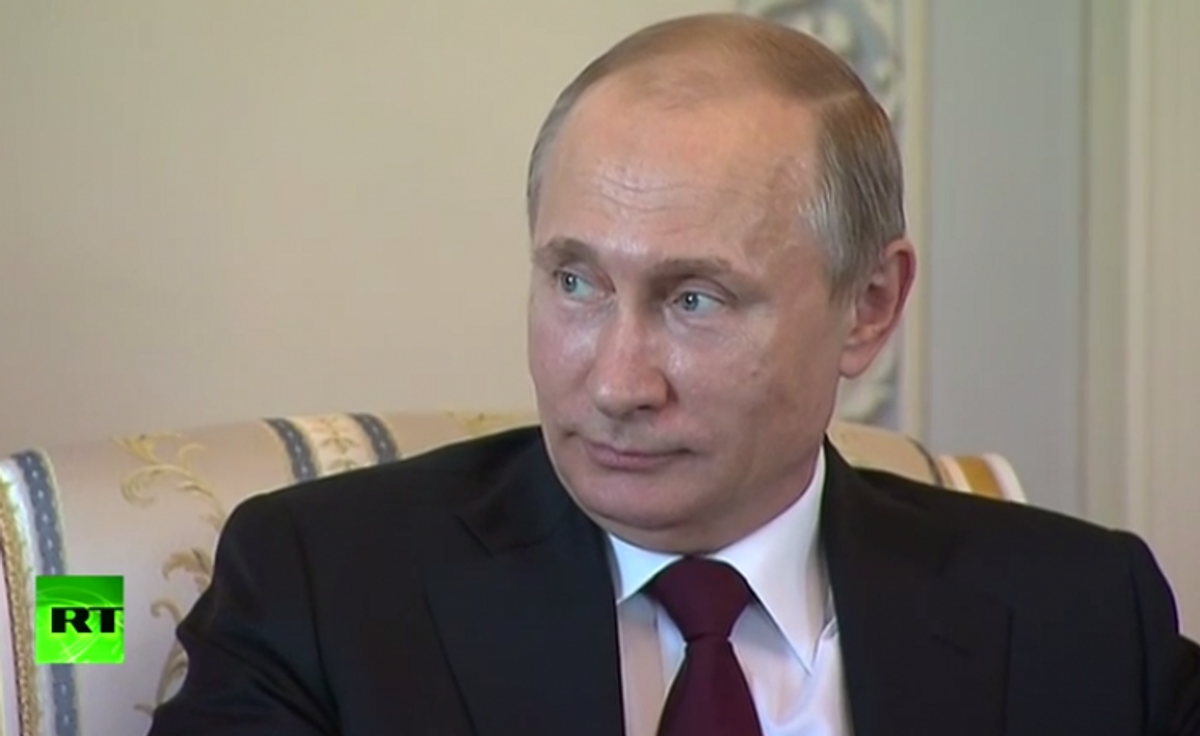 KYIV, Ukraine — US Secretary of State John Kerry had to work his diplomatic best in a rare meeting with Russia's President Vladimir Putin Tuesday in Sochi.

Relations between their governments are at their worst point in 25 years.

Good thing there were gifts: tomatoes, potatoes and a “Victory” T-shirt for Kerry; a leather portfolio for Russian Foreign Minister Sergei Lavrov.

Even so, the friends-again act looks pretty hard to swallow for many residents in each country.

According to a fresh survey by the respected Levada Center think tank, 59 percent of Russians now see the United States as a “threat.” That’s up from 47 percent in 2007.

Of those who responded that there’s a US threat, 31 percent believed in the possibility of US military invasion and occupation of Russia.

There’s plenty of aggressive media messaging from both sides to get the public worked up. But the Russians’ deepening concerns are largely thanks to Moscow’s powerful state media machine. It has exploited the ongoing Ukraine conflict, which Russia blames on the West, to shore up support for the Kremlin.

For a growing number of Americans, the feeling is mutual. When aGallup poll asked US residents to name one country anywhere in the world that’s America's greatest enemy, Russia got the highest vote, 18 percent. Just two years ago, Russia was named by only 2 percent.

Early reports from the meeting between Kerry and Putin suggest the two kept things civil. But don’t start banking on a bromance any time soon.