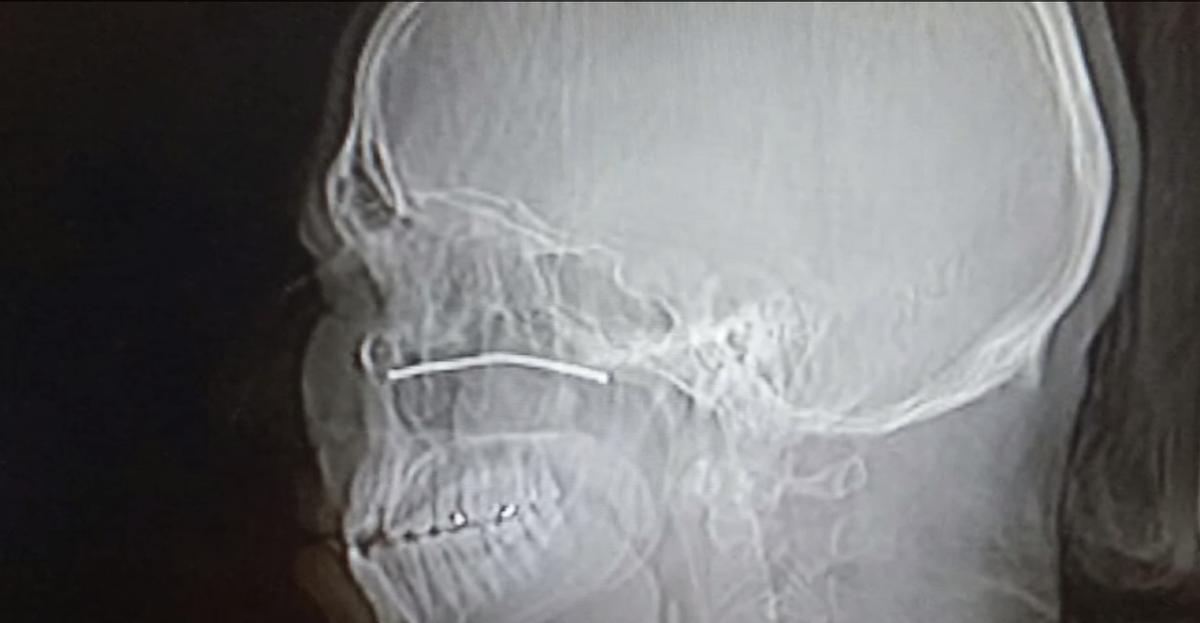 Today's column isn't a survival lesson as much as it is an episode of "Scared Straight" -- in which I am attempting to scare you away from doing every activity. Do me a favor and think of all the dangerous objects you encounter hundreds of times a day. Just on my desk I see a stapler, a number of heavy books, scissors, a bunch of things of apple sauce and an empty plastic bag. I can think of at least 20 various ways to accidentally impale or strangulate myself with these items.

But what about bigger things you can't see? What if a light fixture just fell on your head? Or a guy toppled off a scaffolding platform and crushed you? And you were like, wait is this romantic and will this man be my husband? And then you realize, oh wait no, this man is dead and I will be dead in a moment. People, if I've said it once, I've said it a hundred times -- Death is everywhere!

But some people look Death in its enormous, threatening face and then choose to turn around and walk away. The people below all experienced extreme freak accidents and somehow managed to survive. We can't learn from them, because their survival was not the result of meticulous planning and foresight. We can only read their stories, look at their x-rays and thank Xenu Goddess of Risk Avoidance that we aren't professional landscape gardeners.

1. The guy whose eye was impaled by a 3-inch nail

An unidentified 27-year old landscaper was using a power string trimmer to cut weeds when he accidentally hit a nail, causing it to shoot straight into his eye, according to CBS Boston.

"When you looked at him, all you saw was the back end of the nail," said Dr. Wael Asaad, a neurosurgeon at Rhode Island Hospital.

Because the nail had not ruptured the globe of the eye, his vision was restored after an emergency surgery and a tetanus shot. Here is a photo of the x-ray:

2. The guy who was impaled by a pipe through the throat

A Nevada man named Andrew Linn swerved off the road in November of 2010, crashing into a chain-link fence and causing a 2-inch thick pole shooting through the windshield. That pole also shot through the man's head just to the right of the nose, and exiting through the back of his head.

After sitting upright in an ambulance (because six inches of pole were sticking out of the front and back of his head), Linn survived surgery.

"It was amazing to see someone with an injury like that alive," said Dr. Jay Coates of the University of Nevada School of Medicine, "let alone awake and alert and trying to talk."

(Hold on guys, this isn't part of the story -- I actually have to excuse myself to dry heave.)

(Okay, I'm back, thank you for your patience.)

3. The guy who had a lawnmower part shoot through his nose into his head

A Mississippi man named Bill Parker was mowing his lawn one Sunday when he thought he had been hit by a rock or a pebble. "It threw me back a little bit and it hurt real bad. I felt my face but I didn't feel any disfiguring or anything," he said in an interview with the Sun-Herald.

He finally went to the hospital for what he thought was a probably a broken cheekbone. A CT scan actually revealed that a 3.5 inch wire had shot through Parker's nose and lodged itself in the sinus cavity below his eye.

"The metal had somehow made its way through a tangle of really important nerves and arteries and finally rested about a millimeter from both [my] carotid artery and my jugular vein," he said.

After a simple sinus surgery, he was fine and only had to miss two days of work as a chef.

4. The guy who shot a nail into his brain

Dante Autullo, a 32-year-old Chicago man, went to the hospital after he thought he had given himself a minor flesh wound from a nail gun accident because it just felt like he was "punched on the side of the head." When the doctors showed him an x-ray of a 3.25-inch nail in his own brain, he didn't believe them.

"When they brought in the picture, I said to the doctor, "Is this a joke? Did you get that out of the doctors' joke file?" he said in an interview with The Guardian. "The doctor said, 'No man, that's in your head."

After a two-hour operation, Autello fully recovered and was able to move and speak normally.

5. The guy who got a chainsaw stuck in his neck

21-year-old James Valentine was doing maintenance work on a pine tree in Pennsylvania when the chain saw he was using "kicked back" into his neck. Because the saw missed his carotid artery by just a centimeter, he wasn't instantly killed.

Instead, he survived an hour-long surgery and 30 stitches.

"He looks more like himself," said his sister, Becca, in an interview with CNN in April 2014. "He's walking and talking today. We can't believe it at all."

Are we all okay? Everyone go home and hug your person.