Community Discussion: Can the Pope save the world?

The Vatican tries to meld science and morality. Will it work? 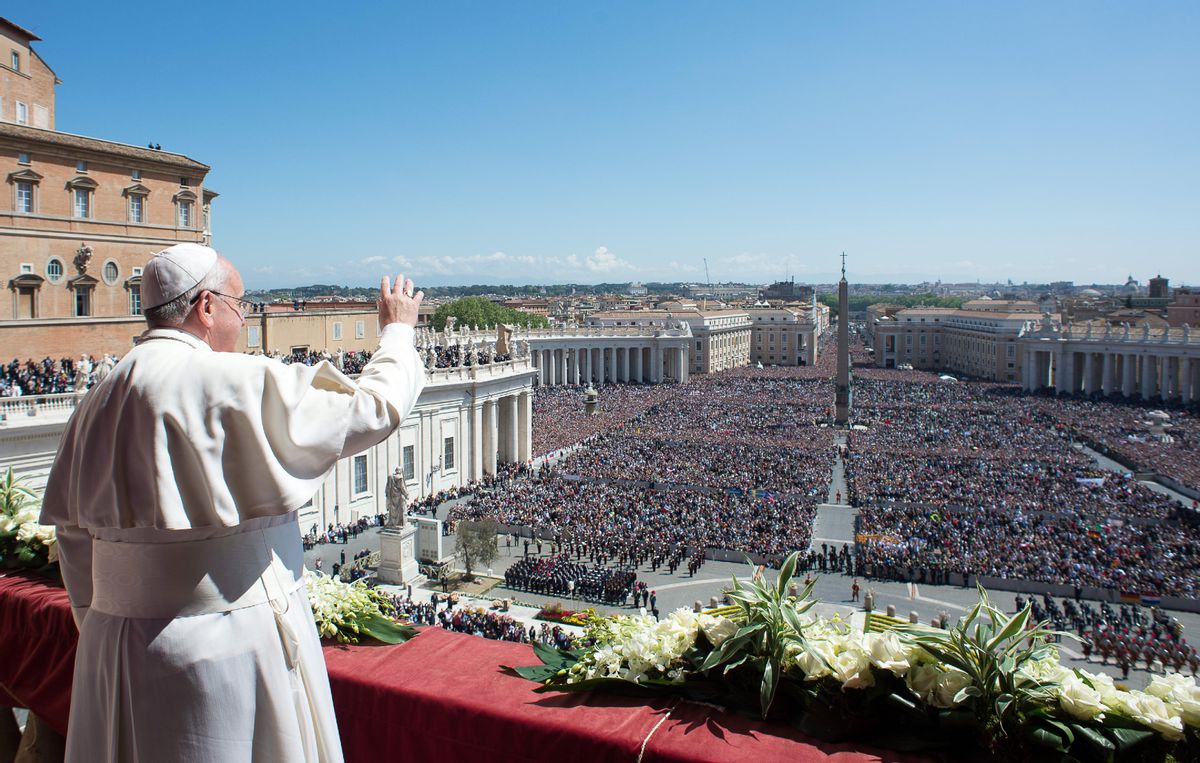 As we get closer to December and the Paris climate conference, it might be natural to hope for a diplomatic leader to emerge that might be able bring the nations together and save the world from catastrophic warming. In a worthy twist, that role appears to be falling to Pope Francis I, the head of the Catholic Church and its 1.2 billion adherents.

On April 28th, Francis convened a one-day summit at the Vatican under the auspices of the Vatican's Pontifical Academy of Sciences, attended by scientists, politicians, CEOs and representatives from other religions, with U.N. Secretary General Ban Ki-moon delivering the opening address. The summit, called "Protect the Earth, Dignify Humanity", covered not only climate change but sustainable development, social justice and human trafficking. The result is to be a Papal Encyclical on climate change expected for this summer. Its message is likely foreshadowed by the conference's closing statement, the Declaration of Religious Leaders, Political Leaders, Business Leaders, Scientists and Development Practitioners.

We the undersigned have assembled at the Pontifical Academies of Sciences and Social Sciences to address the challenges of human-induced climate change, extreme poverty, and social marginalization, including human trafficking, in the context of sustainable development. We join together from many faiths and walks of life, reflecting humanity’s shared yearning for peace, happiness, prosperity, justice, and environmental sustainability. We have considered the overwhelming scientific evidence regarding human-induced climate change, the loss of biodiversity, and the vulnerabilities of the poor to economic, social, and environmental shocks. ...

In this core moral space, the world’s religions play a very vital role. These traditions all affirm the inherent dignity of every individual linked to the common good of all humanity. They affirm the beauty, wonder, and inherent goodness of the natural world, and appreciate that it is a precious gift entrusted to our common care, making it our moral duty to respect rather than ravage the garden that is our home.

Many participants and observers were effusive. "At the climate confab, I became a believer again," writes attendee Michael Shank. "Throughout the day I witnessed multiple about-faces of previously cynical staff rapidly turning toward optimism." "I could become a Catholic because of this Pope,” said Al Gore, apparently seriously. "I know the vast majority of my Catholic friends are just thrilled to the marrow of their bones that he is providing this kind of spiritual leadership." A survey of Catholics in England and Wales found that a third would change their lifestyle if the Pope called for it.

Conservatives and climate change deniers were on the other hand predictably fuming. The Heartland Institute invited lots of mockery by sending "real scientists" to try and correct the Pope's thinking. Vocal denier Christopher Monckton, himself a Catholic, held a press conference outside the summit calling on the Pope to stop bullying skeptics and implicitly comparing himself to Galileo. Monckton is far from the only Catholic denier who might be in a bind, and in America this could have real consequences. Marco Rubio, a 2016 presidential contender, has a long history of denial. A spokesperson for the ultra-conservative Cornwall Alliance didn't pull his punches, telling to pope to "back off."  The backlash against the Pope drew a sharp rebuttal from one adviser; Cardinal Oscar Rodríguez Maradiaga told journalists that “the ideology surrounding environmental issues is too tied to a capitalism that doesn’t want to stop ruining the environment because they don’t want to give up their profits.” But another likely presidential candidate, Jeb Bush, seemed to echo some of the Declaration's sentiments while giving the commencement address at Liberty University last week,

Christians see in nature and all God’s creatures designs grander than any of man’s own devising, the endless glorious work of the Lord of Life. Men and women of your generation are striving to be protectors of Creation, instead of just users. Good shepherds, instead of just hirelings. And that moral vision can make all the difference.

Does the road to Paris lead through Rome? The power of the Vatican's move may not lie so much in its restatement of the scientific consensus but in its moral force. The Catholic Church has a rather conflicted relationship with science, from its inability to come to terms with evolution to its refusal to make concessions on birth control. But could the clarity of purpose emerging from the Vatican help moderate the endless rancor of mainstream climate change debates? Will the Pope really be able to convince anyone to make the necessary changes? Will the Papal Encyclical bridge the gap between conservatism and climate change skepticism? Does science really need a moral element, and even the help of a religion, to get its message across? Let us know your thoughts in the comments below!