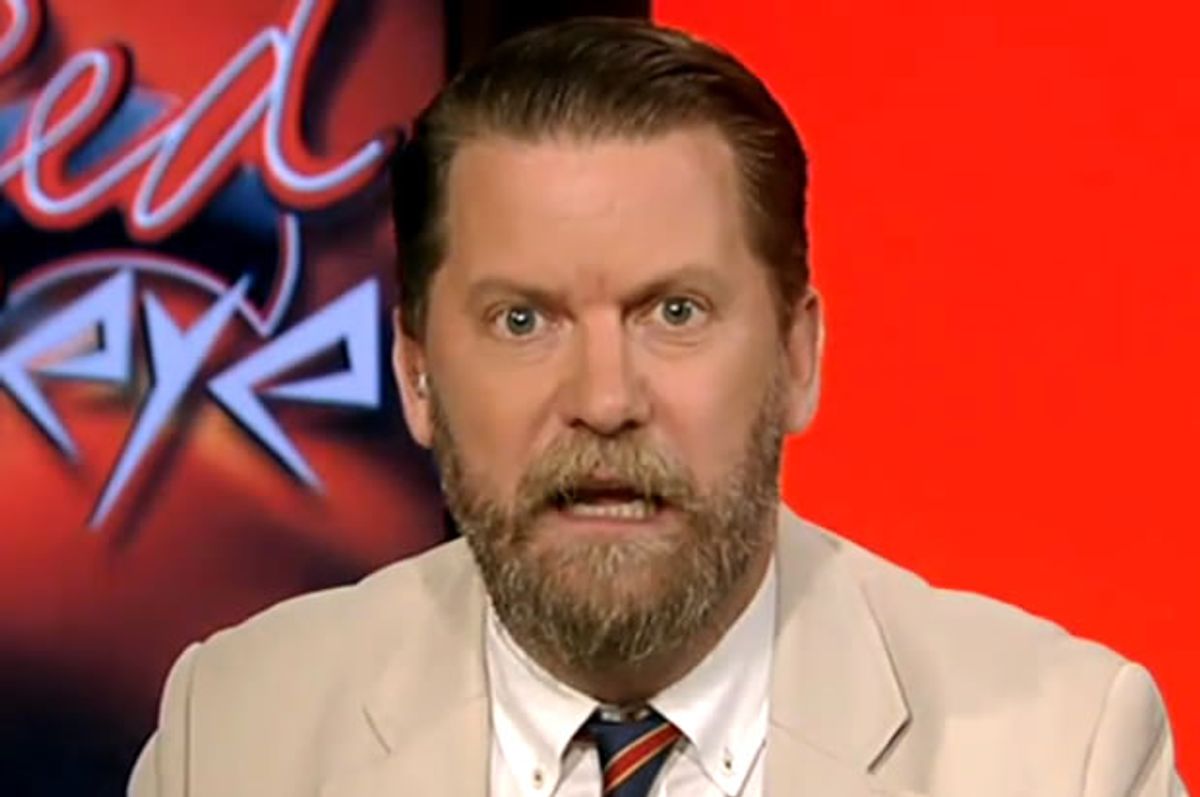 On "Hannity" Thursday night, Sean Hannity invited the increasingly unhinged Gavin McInnes to discuss the wage-gap between men and women with Tamara Holder, and as you would expect, the panel quickly turned into a soapbox for McInnes to air his virulently anti-feminist views.

"Women do earn less in America," McInnes said, "because they choose to. Women would rather go to their daughter's piano recital than stay all night at work, working on a proposal, because they're less ambitious."

As Holder made an expression that must be seen to be believed, he added that this "is God's way, Nature's way, of saying that women should be home with the kids. They're happier there!"

"I hope your viewers," Holder said, pointing at Hannity, "do not take [McInnes] seriously. Having a choice does not mean that you're less ambitious, and your comments are absolutely deplorable. I would like you, Sean," she tried to say, before McInnes interrupted.

"If you were really a feminist," McInnes shouted, "you'd support housewives! You'd see them as the heroes and women who work as just wasting their time!"

Holder attempted to get McInnes to admit to views he's stated, repeatedly, on the record, but he insisted on denying having made such statements -- before immediately making them again.

"Most women are happier at home!" he said. "They're pretending that they like working, but they're not making money because they don't stay all night at the office. They don't go the extra mile."

"Why am I sitting here?" Holder asked.

"Because you're making a mistake," McInnes replied. "You'd be much happier at home with a husband and children!"

"Boy," Hannity interjected as his staff could be heard laughing off-camera.

"You just said you're single," McInnes told Holder, who replied, "By choice."

"You're miserable!" he replied. "Imagine how much happier you'd be with kids around you tonight -- coming home to, 'Mommy! Mommy!'"

As Hannity tried to stop himself from laughing, Holder said, "You know what, Gavin? You're not funny. Sean -- this isn't funny. I had a choice to be married, and I chose not to."

"Then you screwed up," McInnes said. "It was a mistake."

"Sean," Holder said, "this is absolutely disgusting, and you should speak up for the viewers and let them know that you think your daughter should have a choice."