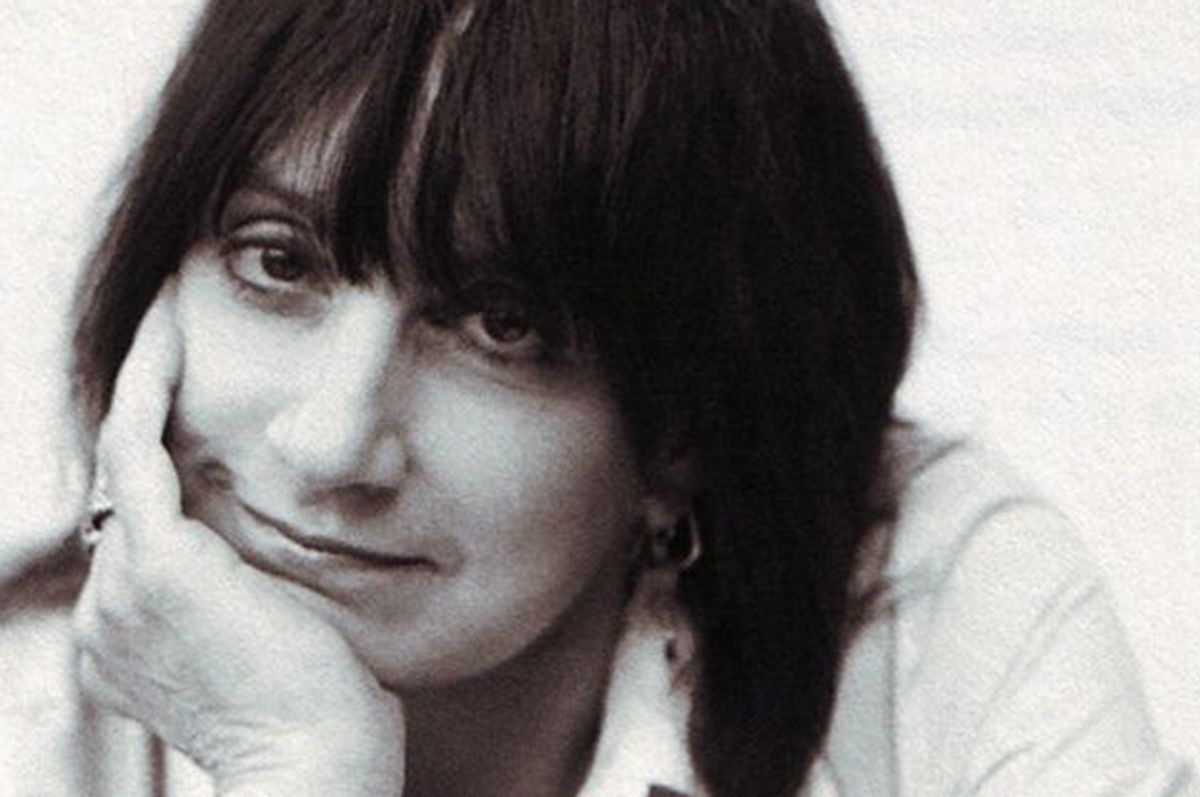 Markoe was responsible for some of the program's key comedic ideas, including the immortal Stupid Pet Tricks. She and Letterman were also romantically involved during her time at "Late Night"; she recounts this in her book "Cool, Calm and Conscientious." Markoe has gone on to write for television and the press and to pen several other books.

We corresponded with her from her home in Malibu, where she lives with Andy Prieboy, a musician known for his years with Wall of Voodoo and his celebrated Axl Rose-inspired show "White Trash Wins Lotto." The two are still active writers and sometime work together.

When the show started in 1982, Letterman himself was not terribly well known and the late night slot guaranteed neither viewers nor cultural centrality. It may’ve felt like being part of a cool but obscure rock band. Was it clear that the show was going to survive or did it feel rickety and quixotic at first?

In 1980 we created the DNA for the 1982 show when we did "The David Letterman Show," a live daily morning show on NBC.  If possible, that show was even crazier than the '82 version of the show you mention.  Because it was canceled after a few months, the experience was very traumatic and long-lasting for its host. From that point on, he was extremely anxiety-ridden about being canceled again. And so, for the years that I worked with him on the night show, he mentioned our imminent demise pretty much every day.

I couldn’t argue the point. I had no way of knowing if we were going to be canceled again or not. As a result the show felt constantly unstable to me. The host was insisting that we were on the verge of cancellation. For all I knew, he was right.

And by the way, it's not too surprising that the morning show was canceled since it offered absolutely none of the standard morning show staples. Because of that, some NBC executives met with me to talk about trying to make the show appeal more to the audience of mainly women who they said were at home  watching television at that hour.  I remember arguing with them along the lines of “How can you tell me what women want to see? I am the only woman in this room!” But, of course, they had done research and handed out questionnaires or whatever. I was a crazy comedy writer who went to art school and didn't know anyone who watched TV in the morning. I had absolutely no idea what people of either sex wanted to watch at 9 a.m.

At a certain point did you and the other writers realize that you were onto something that people would be talking about decades later?

No. See above. I always felt we were about to meet our maker, so to speak.

What was Letterman – who is famously perfectionist and driven -- like to work with back then?

He ran the spectrum from mildly dissatisfied to very unhappy with most of what we did. See above.

The show was known for a kind of blank irony and in-joke style different from much of the comedy that had come before, including things like the Harvard Lampoon and ‘70s "SNL." (It certainly had roots in that earlier stuff -- Bill Murray seems like an antecedent.) Were you guys conscious of coming up with a new strain of American humor or did it just feel like writing jokes?

Well, I would change the word "blank" to "deadpan." We were consciously doing observational material about everything we saw. We were consciously using all the resources around us that hadn’t been used on talk shows, to the extent that we could figure them out. Carson had given us a few restrictions, like “no monologue” (which he felt was his signature) and “no announcer sidekick.” Since that left everything else in the world to pick from, we had a pretty free rein. What we were also consciously aware of was a dislike for the standard kind of closed-club superficial show business demeanor that had dominated the entertainment of the generation before us. So what you might say we did was open the door and invite the rest of the world in.

By the time the night show hit, we had both learned a few things about what parts of our growing repertoire played before a live audience. We enlarged on that. A former stand-up comedian, Dave was always concerned with making the live in-house audience laugh. When we failed to do that, he was not pleased.

Was the energy in the writers' room similar to the way we see comedy writing in movies and TV – like in “The Dick Van Dyke Show” or “30 Rock” or “Funny People” or something? My guess is that like most kinds of writing, there is a fair bit of waiting around and misfires even when very smart people get together to do this kind of thing.

There were various approaches. During my reign, I didn’t really group-write in a room too much. Writers pitched ideas to me and the ones that Dave said yes to moved forward, with their authors at the helm. When there were ideas that were partly developed and needed more jokes, I’d ask everyone to submit a few on paper and we'd pick the best ones. Probably the other head writers after me used different approaches. That was the one that suited me best.

Stupid Pet Tricks, Small Town News, Top Ten lists, Dumb Ads, Larry “Bud” Melman, the Guy Under the Seats… Did you have a role in any of these and what was it like to put them together?

I had the original idea for Stupid Pet Tricks, but after we ran an ad in the paper, others were put in charge of watching the auditions and picking the tricks which would appear.

I did a lot of Small Town News initially. We started that on the morning show, and it actually led to doing a show from someone’s home in Cresco, Iowa, right before we were canceled. After a while on the night show, those many small-town newspapers we subscribed to (and trade magazines) began piling up.  So if you were out of things to do, every writer was asked to look through them and submit a few things.

I worked on some of the Larry "Bud" stuff at the beginning, like those ads for Melman Busses and Toast on a Stick and whatever. (I was just thinking this morning about how my late brother actually invented Toast on a Stick.) Jeff Martin and I went with him to the bus depot when he was greeting out-of-town visitors.

Chris Elliott wrote all his own material. Toward the end, he worked mainly with Adam Resnick.

I never had anything at all to do with Top Ten Lists. There’s apparently a lot of controversy about who started that idea rolling.  Suffice it to say, it was not me.

One thing I did do: every Friday I was in charge of lining up a remote shoot. We tried to do one or two out-of-the-studio excursions with Dave per week. Sometimes I found these places by walking around. Often I did the research by reading the yellow pages in the phone book, which I now realize were the Neanderthal form of a Google search. Then I screened through all the footage and edited them in the beginning of the following week.

Do you have a proudest moment or two from those years?

I liked my POV stuff, which had a lot of forms. But I think I was fondest of my dog movies. This sounds very insane but I think it's possible that  I/we were ground zero for dog videos. I started off making something I was calling “Films by Bob the Dog,” in which I was the pioneer of dog POV. They were supposed to look like a camera was strapped to a dog’s head. But there was no Go-Pro in those days, so we just used a car battery-size mini-cam, held horizontal by a strap attached to its back. I made about six of those. And then I ended the run with something called Dog Poetry, which you can find on YouTube. And which I only got on the show by creating a segment called "Pieces that will never be seen on the show." Dave didn't much like it until it got big laughs. Then he changed his mind and even took it onto the Carson show when he was a guest.

There’s an old stereotype that comedians – and perhaps comic writers – tend to be desperately unhappy, depressive or deeply unhappy. Does this match your experience with the folks you knew there?

Not just there. I know a great many people who do comedy for a living. And it's kind of common. Comedy seems to spring from the desire of the underdog to rewrite reality. In a comedy scenario, some measure of justice is finally achieved when the poor beleaguered antihero finally whines his way into a little power.  It’s a much nicer way to deal with  feeling furious and helpless and disenfranchised than to pick up a gun. Maybe someday gene-splicing will allow us to give violent psychopaths the ability to create comedy instead.

Have you followed the show at all since the '80s?

More broadly: Does the knowing, ironic style you and the others traded in in the ‘80s seem to have filtered more deeply into comedy in specific and American culture in general? Do you see or hear echoes of it now as you go through your day?

Yes. It’s frequently the language of advertising and corporate P.R. now. It is the voice of what my beloved Mr. Prieboy calls “Your buddy the corporation.” Everyone’s hip. Everyone’s ironic. Everyone who is selling you something wants you to know they have the same limitations and daily strife that you do. You definitely should be wary when you hear this voice now. It's not to be trusted. Unless you're in the market for an aluminum cookware set or an Apple watch.