Adverse health outcomes in the LGBT community, doctors say, are caused by stigma and discrimination 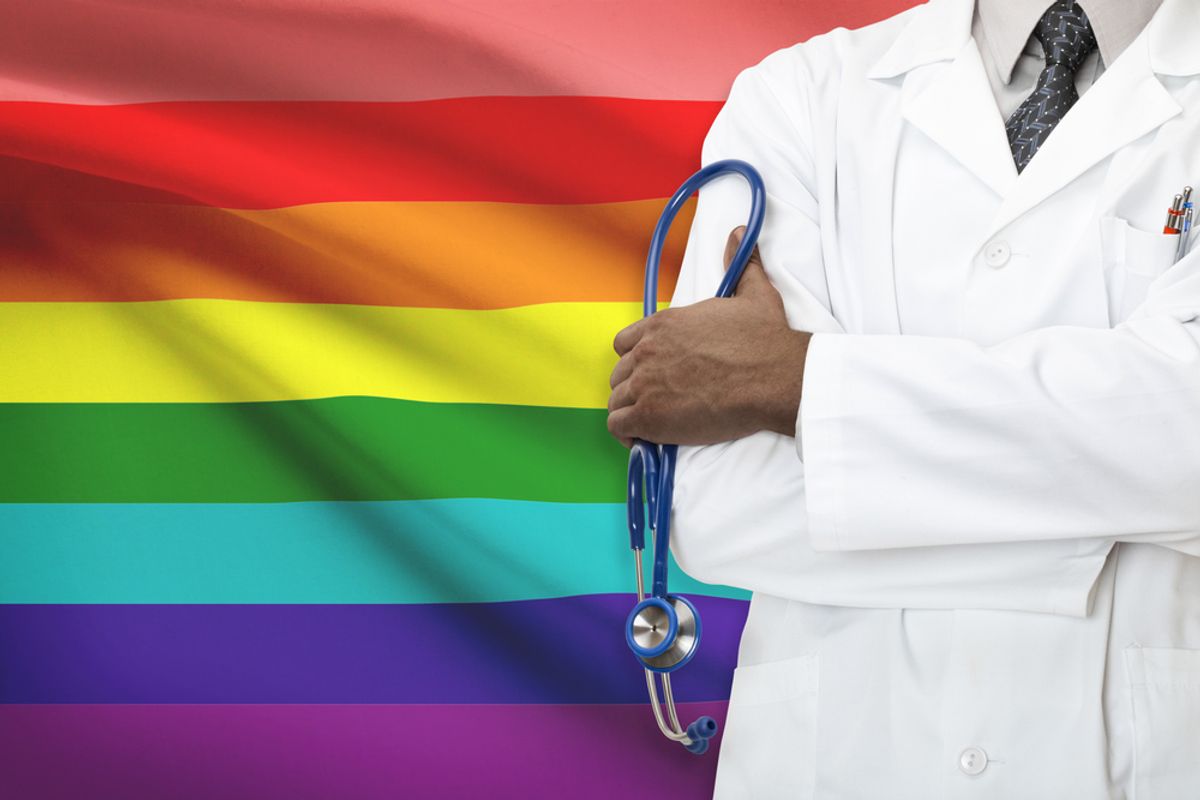 LGBT individuals face health threats that other people don't -- period. Research has shown time and again that queer communities face worse health outcomes and disparities in care for a range of reasons, be it because of hurdles to acquiring insurance coverage or because of the social stigma that so often comes with coming out.

Regardless of the reason -- and without much interrogation of just why it's "unhealthy" to be LGBT -- opponents of LGBT rights have used health disparities to argue against "leading a homosexual lifestyle," which includes same-sex marriage. Conservative researcher Paul Cameron of the Family Research Institute has claimed (in a roundly criticized, mostly debunked study) that LGBT lifespans are shorter than the general populations'. Cameron found significantly higher rates of suicide among LGBT people, and concluded that gay men are 116 times more likely to be murdered than straight men.

As social scientists and medical professionals have asserted for some time, though, such disparities don't have so much to do with a "natural" or inherent state of health as they have to do with stigma. Arguing essentially the opposite of anti-LGBT researchers such as Cameron, a significant proportion of American physicians agree that basic civil rights -- including legalized marriage equality -- can do wonders to reduce the strain on LGBT health.

And now, another 141,000 more doctors are joining their ranks. Earlier this week, the American College of Physicians -- the second-largest group of physicians in the country, following the American Medical Association -- issued a position paper recommending specific approaches to improving LGBT health outcomes. Notably, ACP has sided explicitly in favor of same-sex marriage, as well as LGBT individuals' ability to determine who makes up their "families."

The definition of “family” should be inclusive of those who maintain an ongoing emotional relationship with a person, regardless of their legal or biological relationship.

The American College of Physicians encourages all hospitals and medical facilities to allow all patients to determine who may visit and who may act on their behalf during their stay, regardless of their sexual orientation, gender identity, or marital status, and ensure visitation policies are consistent with the Centers for Medicare & Medicaid Services Conditions of Participation and The Joint Commission standards for Medicare-funded hospitals and critical-access hospitals.

The American College of Physicians supports civil marriage rights for same-sex couples. The denial of such rights can have a negative impact on the physical and mental health of these persons and contribute to ongoing stigma and discrimination for LGBT persons and their families.

And it's true: As ACP notes, research has shown that LGBT people living in states that ban same-sex marriage had "increases in general anxiety, mood disorders, and alcohol abuse," specifically because of the stigma -- and subsequent anguish -- associated with singling out a group for unequal treatment under the law.

But studies haven't just shown that denying marriage rights to same-sex couples can exacerbate health problems; there's also evidence that marriage can produce the same benefits for individuals in homosexual relationships as it can for those in heterosexual relationships. In fact, there could be even more benefits for same-sex couples: University of Texas sociologist Debra Umberson recently noted that "gay and lesbian spouses tend to be even more supportive" of one another than heterosexual spouses, specifically if one spouse faces a serious illness.

"Sometimes people talk as if marriage equality is all about giving gay and lesbian couples the same benefits as heterosexual couples," Umberson wrote in a recent op-ed for the Austin-American Statesman. "That is important, of course, but equally important are the benefits that heterosexual couples may derive as we learn more about how men and women in same-sex unions promote healthy behaviors and supportive relationships. Securing marriage equality for gay and lesbian people can provide broader lessons about how to increase the health-building properties of marriage for all Americans."