"Bush doesn't seem to be able to handle even that totally predictable, basic qualifying question for his candidacy" 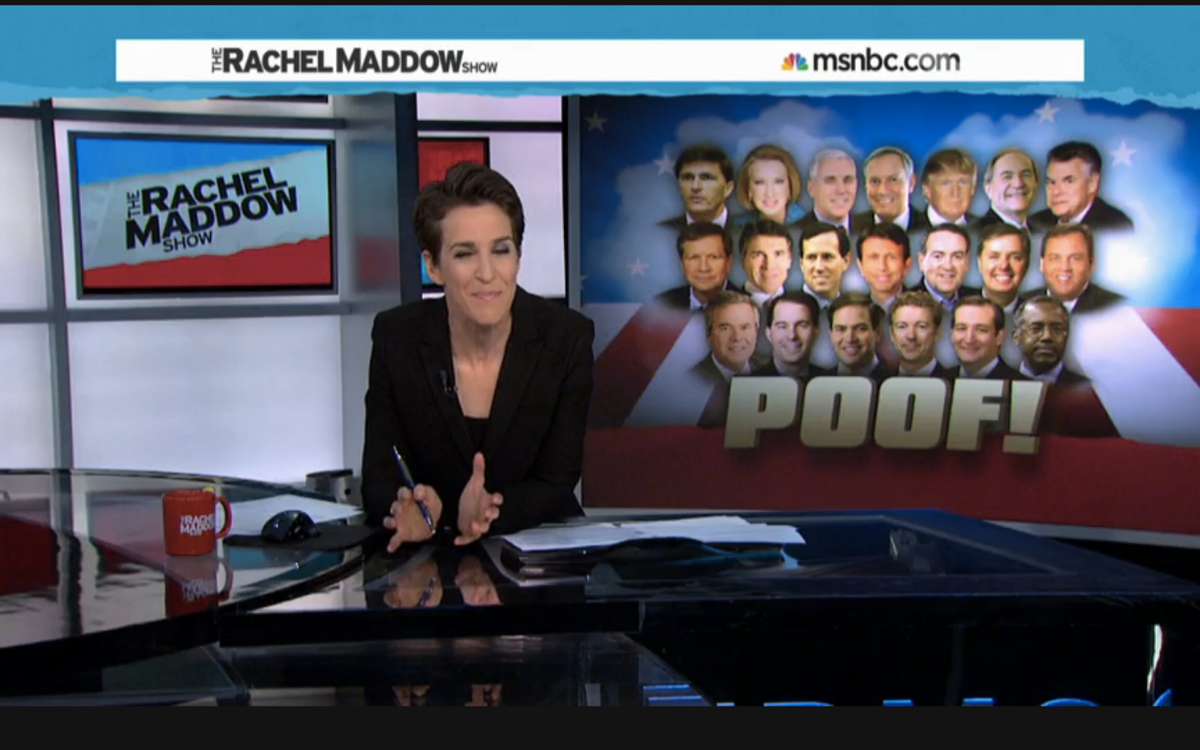 On Thursday evening's edition of "The Rachel Maddow Show," host Rachel Maddow questioned whether or not Jeb Bush had the chops to actually be a viable candidate, given his recent history of flubs.

Maddow went through Bush's evolving stance on the Iraq War.

"If you are George W. Bush's brother and you are running for president very soon after the presidency of George W. Bush, you should expect to be able to answer a very basic question about the war your brother started, which is widely viewed as the worst foreign policy blunder in the United States in a generation."

"Jeb Bush doesn't seem to be able to handle even that totally predictable, basic qualifying question for his candidacy," Maddow continued. "We're now four days into him trying to answer it and he still doesn't totally make sense... If Jeb Bush, the purported frontrunner is already failing the basic stuff he knows he has to get right, what that does is it makes the whole huge field of Republican candidates who aren't Jeb Bush not just interesting for being such a big field, it makes it potentially important who's in that field, because one of them is going to have to be the nominee if Jeb Bush cannot be the nominee."

Watch the segment below, courtesy of MSNBC (the relevant clip starts at 8:00):